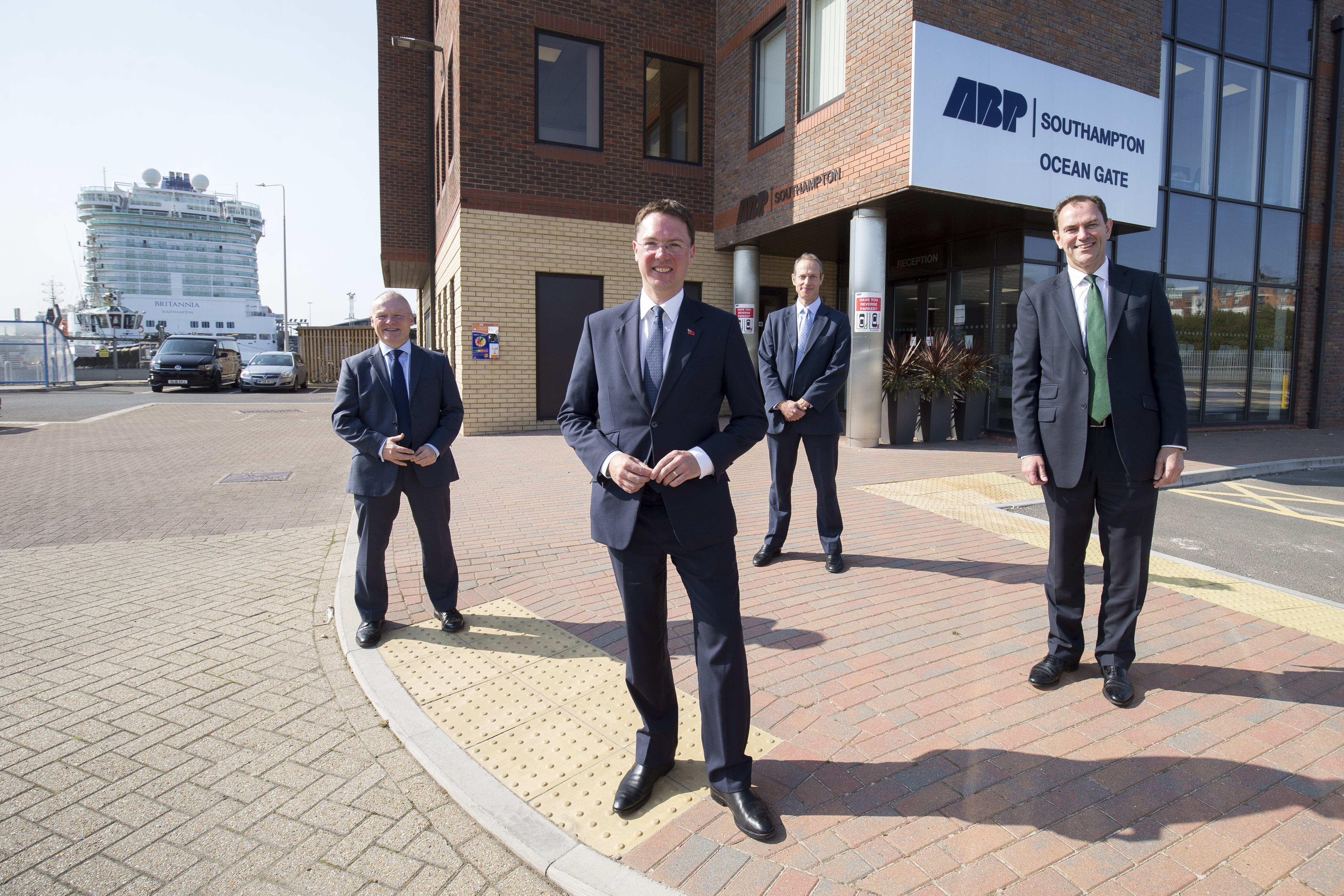 The Port of Southampton welcomed Robert Courts MP for his first official visit as Maritime Minister. The Minister was shown how the UK’s number one export port and the wider maritime sector have adapted to cope with the challenges posed by the global pandemic.

The visit was also the first time ABP has hosted an official visit under social distancing rules to ensure the safety of everyone involved. The Minister met with Southampton Regional Port Director, Alastair Welch, as well as other ABP colleagues and the local MP for Southampton and Itchen, Royston Smith. They were able to discuss a wide range of subjects, including freeports and their potential to drive benefits for the economy and create local jobs.

Maritime Minister Robert Courts, said: “The Port of Southampton is a key artery for the UK’s freight and passenger routes. I was thoroughly impressed by the innovative and tireless work of everyone at the port throughout the pandemic to keep this country running.”

The minister also discussed the crucial importance of the cruise industry to the UK economy and plans for the return to cruise operations in the UK.

Alastair Welch, ABP Southampton Regional Director, said: “We were delighted to welcome the new Maritime Minister to the Port of Southampton to allow him to see at first hand the critical role we have played in keeping Britain trading during the pandemic.

“We also welcomed the opportunity to discuss a range of existing and future plans for the port and we look forward to continuing to support the government and its ambitious plans in relation to freeports.”