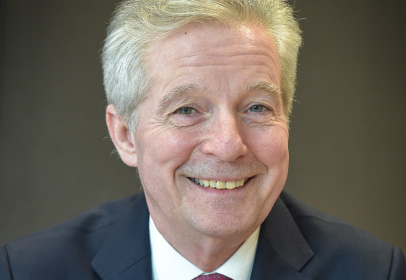 Dr Phil Nolan was appointed Chairman of Associated British Ports Holdings in July 2017. He has a wealth of experience on the boards of many companies, private and public and in both executive and non-executive capacities. He was Chairman of John Laing from 2010-2018, Ulster Bank Limited and Ulster Bank Ireland Limited (a subsidiary of Ulster Bank Limited) between July 2013 and July 2017 and Chairman of Affinity Water from 2013-2018. Phil was also a non-executive director of EnQuest PLC, an oil and gas development and production company from August 2012 to July 2017. He was Chairman of Infinis, a then privately-held, leading renewable energy generator between 2007 and 2010, Chairman of Sepura plc, a listed global supplier of TETRA radios, between 2007 and 2010 and CEO of Eircom, Ireland's national telecommunications supplier from 2002 to 2006. Prior to that, he served as an Executive Director of BG Group plc and CEO of Transco plc from 1998 and in 2000, as CEO, led the demerger of Transco from BG, as the Lattice Group. 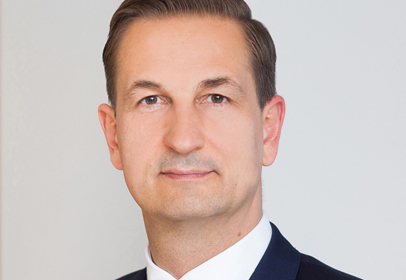 Henrik L. Pedersen was appointed Chief Executive Officer and Executive Director of the Board of Associated British Ports Holdings in August 2018. Henrik joined ABP from APM Terminals, a global ports company owned by the Maersk Group, where he served as Chief Commercial Officer. During his 20-year tenure with the Maersk Group he held a wide range of senior leadership roles based in Denmark, USA, China, Panama, Singapore and the Netherlands. Henrik, a Danish national, holds a finance degree from Copenhagen Business School as well as having completed various executive studies at Columbia, Harvard and IMD business schools. 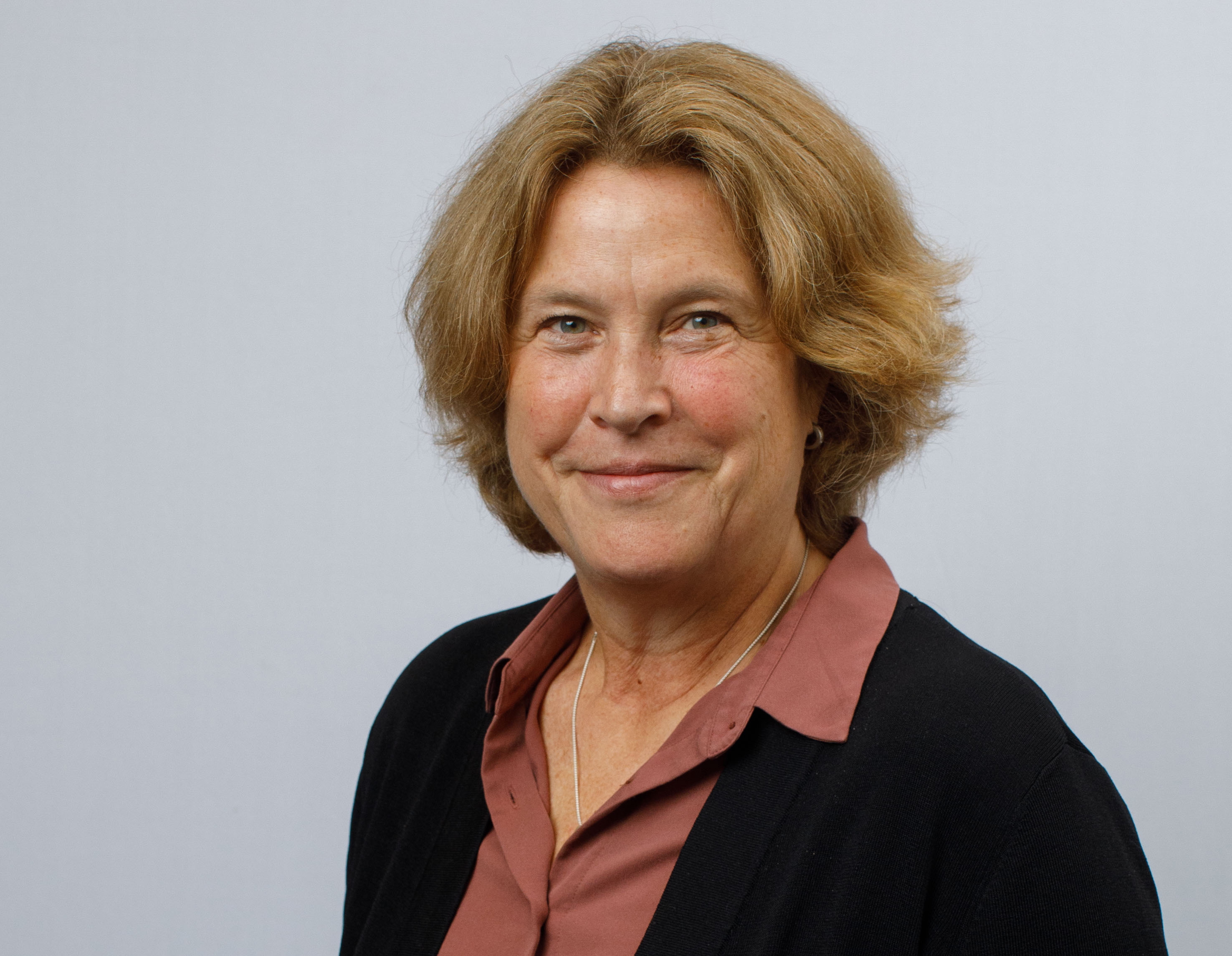 Marina Wyatt was appointed Chief Financial Officer and Executive Director of the Board of Associated British Ports Holdings in March 2019. Marina has more than 20 years of experience in senior finance leadership roles as Chief Financial Officer of UBM Plc, TomTom NV, Colt Telecom Plc and Psion Plc. Marina is currently a non-executive director and Chair of the Audit Committee of Renewi Plc and supervisory board member of Lucas Bols NV. Marina is a Fellow of the Institute of Chartered Accountants in England and Wales and holds a geography degree from Cambridge University.

Robbie Barr joined the Board of Associated British Ports Holdings in March 2019. He is as a senior advisor to OMERS Private Equity and Infrastructure in Europe. Robbie was Executive Chairman of Four Seasons Health Care from 2014-2018 and of Odeon & UCI Cinemas from 2012-2016. From 2009 to 2016 he was a Managing Director of the private equity firm Terra Firma Capital Partners. Prior to joining Terra Firma Robbie had senior finance roles at Vodafone Group plc including Group Financial Controller and Chief Financial Officer of Vodafone’s operations outside Western Europe. He is a Chartered Accountant and has a MA in Mathematics from Oxford University.

Prior to joining CPP Investments in 2012, James was a Managing Director at Royal Bank Equity Finance (the private equity arm of RBS), where he spent 10 years focused on private equity and infrastructure transactions. Before that, he was a member of the private equity team at JP Morgan Capital and started his career as a pension fund manager at Hambros Bank.

James holds an MA in Theology from Keble College, Oxford.

He currently serves on the boards of Anglian Water, Associated British Ports and Viterra Agriculture.

Philip Butcher joined the Board of Associated British Ports Holdings as a Director in June 2021 and has been an Alternate Director since 2016. He is a Managing Director at CPP Investments and is based in London.

Prior to joining CPP Investments in 2012, Phil worked at Macquarie Capital in Toronto where he started out in the Telecom, Media, Entertainment and Technology advisory team, and subsequently moved to the Infrastructure advisory team working on principal transactions and 3rd party mandates.

Phil holds an MBA from London Business School and a Bachelor of Commerce from the University of Toronto.

Eric Machiels joined the Board of Associated British Ports Holdings in October 2017. Eric has been the Managing Director, Asset Management in the London office of OMERS Infrastructure since October 2017. His main focus is to drive the delivery of value growth within OMERS portfolio companies by advising management teams, while drawing on his prior executive background in turning around and growing private equity-owned companies. He also supports OMERS transaction teams during asset acquisitions. Prior to his position at OMERS Infrastructure, Eric served for eight years as CEO of Infinis Energy, a renewable energy company, after he was seconded into the business from Terra Firma Capital Partners. Before joining Terra Firma, Eric held executive positions within two portfolio companies held by Clayton, Dubilier & Rice, a private US equity firm. Eric has a Licentiate in Law, magna cum laude, from the University of Leuven (Belgium) and an MBA from Harvard Business School.

Prateek Maheshwari joined the Board of Associated British Ports Holdings in September 2019. He is a Managing Director in OMERS Infrastructure Europe and is based in London. Prior to joining OMERS he was a Senior Principal in Global Infrastructure Partners (GIP) for 12 years where he has worked in Power, Energy and Transport sectors across US, Europe, Asia and Australia. Prior to GIP, he worked as an Investment Banker with Dresdner Kleinwort, Barclays Capital and ICICI Bank in M&A, Leverage and Project Finance, DCM and Derivative structuring.

Prateek has a Bachelor of Engineering with a specialisation in Electrical and Industrial Electronics. He also has a Masters in Finance from London Business School and an MBA from HEC Paris.

Birgit Nørgaard joined the board of Associated British Ports Holdings in September 2019. She has significant board experience from both public and private companies as well as from her executive career. Current Directorships include WSP Inc., a leading global consulting engineering company, since 2013, DSV A/S, a leading global freight forwarder, since 2010, IMI Plc. from 2012 and NCC AB, a leading Scandinavian contractor, since 2017. Other positions in privately held companies include, among others, Chairman of Norisol A/S, a provider of technical insulation among other, Vice-Chairman of NNE A/S, a consulting engineering company specializing in pharmaceutical facilities, two funds of funds investing in Private Equity and Venture Capital and vice Chairman of the Danish State’s IT Council. In addition, Birgit has held several Non-Executive positions in companies or institutions with relation to the engineering, construction and energy sectors. Her executive background includes being CEO of The Carl Bro Group A/S, COO of Grontmij NV and prior to that Executive Vice President of Danisco Distillers and consultant with McKinsey. She holds a M.Sc. (Econ) from the Copenhagen Business School and MBA from INSEAD in France.

Greg Pestrak joined the Board of Associated British Ports Holdings in November 2020, having been an Alternate Director since January 2018. He is an Executive Vice President at Wren House Infrastructure, where his focus is on asset management across the portfolio which, in addition to Associated British Ports, includes other regulated and non-regulated global assets. Prior to joining Wren House, Greg was a partner in KPMG’s Global Strategy Group based in the UK, where he was the Infrastructure lead since 2009. Greg has over 17 years consulting experience, working with investors and corporates to drive performance improvement in response to transactions, changes in the market, customer or regulatory environment or financial pressure, bringing an independent and constructively challenging perspective to business and operating models. Greg’s recent experience includes leading engagements in the UK and Globally in the Water, Power Generation, Transmission and Distribution, Telecoms, Transport and Infrastructure Services sectors. Prior to his career in consulting, Greg worked in finance with Rothschild Asset Management and Jardine Fleming Asset Management in Hong Kong and the UK. Greg holds a Sloan Fellowship Masters in Management from the London Business School and a bachelor's degree from The University of King’s College, Canada.

Steven Pugh joined the Board of Associated British Ports Holdings in June 2021. He is a Principal at Federated Hermes Infrastructure and has over 18 years of experience of advising on infrastructure projects and transactions. He holds a number of board positions across the Federated Hermes portfolio and is also responsible for leading their origination and execution activities.

Prior to joining Federated Hermes he previously worked as a Director within the Infrastructure team at RBC Capital Markets, where he advised private and corporate clients on numerous large-scale infrastructure acquisitions and disposals across the UK and Europe.

Steven holds a BSc in Mathematics from the University of Bristol.

Tony Quinlan joined the Board of Associated British Ports Holdings in September 2019. He joined Laird PLC as Chief Financial Officer in July 2015 and was appointed Group Chief Executive Officer in September 2016.  After delivering a significant turnaround, he led the sale of the Group to Advent International in June 2018, providing a substantial premium to shareholders. He now serves as a Non-Executive Director for the retained and now independent businesses: Laird Performance Materials, Laird Connectivity and Laird Thermal Systems.

Prior to joining Laird, Tony worked as Group Finance Director at Drax PLC, a FTSE 250 electricity generation business supplying circa 7% of UK electricity. As well as Finance, Tony also held other roles, including Communications, Risk, IT, Procurement, Facilities, US Business Development and other ad-hoc strategic projects, spending a total of six years at the company. Before Drax, Tony worked for a long period at major UK retailer Marks & Spencer, where he held a number of senior positions within Internal Audit, Corporate Finance, Investor Relations and Financial Control, before being appointed Deputy Finance Director in 2005.

Between 2012 and 2018 Tony was also on the Board of the Port of London Authority (PLA), the organisation responsible for the commercial activities on the River Thames, as a Non-Executive Director and was appointed Vice Chairman in 2014. He also Chaired the Audit Committee. Born and raised in London, Tony studied for a degree in Chemistry with Business Studies, graduating in 1987 from the University of Wales, Aberystwyth. Qualifying with Coopers & Lybrand (now PwC), Tony is a Chartered Accountant (ACA) by profession.

Kamil Burganov was appointed to the Board of Associated British Ports Holdings in March 2022 and has been an Alternate Director since March 2021. He is a Vice President with GIC Infrastructure team, focused on transactions execution and asset management. Prior to joining GIC in December 2018, Kamil worked in investment banking for more than 10 years, including J.P. Morgan’s Transport infrastructure and Energy teams. Kamil holds an MBA from the Wharton School of the University of Pennsylvania.

Jean-François was appointed Alternate Director in November 2020. He is a Vice President at Wren House Infrastructure and mainly focuses on value enhancement opportunities and financing matters throughout the Wren House portfolio

He was involved in the acquisition of the 99 year lease for the TransGrid high voltage electricity transmission network in NSW, Australia and has been an observer on the board and committees since then. Prior to joining Wren House, he worked in the Investment Banking Division of HSBC in London covering Transport Infrastructure in Europe, Latam and the Middle East. He also worked for Avington Financial Limited and Groupe Casino.

Melanie Jabbour was appointed Alternate Director in March 2022.  She is part of the OMERS Infrastructure’s European investment team, where she is involved in the evaluation and execution of new investments across a broad range of subsectors. Prior to joining OMERS, Melanie worked in management consulting at Strategy& (formerly Booz & Company) where she advised clients on large scale transformation strategies, investment strategies and M&A primarily focusing on the Infrastructure space.

Melanie holds an M.B.A. from the Wharton School at the University of Pennsylvania, a master’s degree in Engineering Management and a B.Eng. in Civil Engineering.