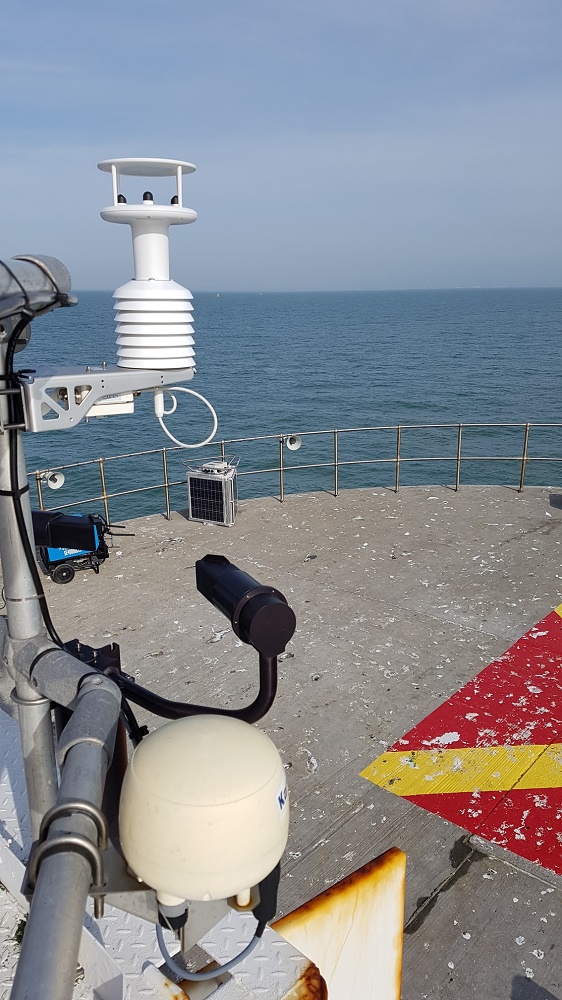 This will give greater and more accurate assessment of weather conditions providing safer boarding for Pilots on vessels.

The station on the Nab Tower Lighthouse, on the eastern approach to the Solent, has had the new weather station fixed on to it in partnership with Trinity House, the General Lighthouse Authority for England, Wales, the Channel Islands and Gibraltar and owner of the tower. It will transmit information on wind speed and visibility to the Marine team at ABP Southampton. A radio navigation aid known as AIS (Automatic Identification System) is being used as it requires little power enabling the system to be sustained with a modest solar power array.

Wave height data captured from the Channel Coastal Observatory, part of the National Network of Regional Coastal Monitoring Programmes of England, will be combined with the weather information. This information will give a detailed view on current conditions and will advise on suitability for boarding and disembarking pilots in the Solent.

Without the weather station the pilotage team could only use local knowledge and experience to assess the suitability of the conditions and sometimes sending a launch to Nab tower to assess the wind speed and wave height in person. The new weather station will provide more accuracy which should lead to greater efficiency and better safety.

Captain Phil Buckley Harbour Master at the Port of Southampton

“Safety for our teams is the number one priority. As Pilots board vessels while they’re still moving, it’s vital that we provide the launch Coxswain and Pilot with as accurate information as possible to support them in making critical decisions.

“This new weather station will give us greater safety assurance and efficiency for our launch teams and Pilots.”

“Trinity House is pleased to partner with ABP Southampton by providing a platform and power for the new weather station on Nab Tower Lighthouse. ABP’s Engineers designed and delivered the new weather station, which is powered from the lighthouse’s solar-powered battery bank. As an addition to the weather station data, Trinity House now monitors the power supply to enable us to advise ABP of any power supply failures. This is a good example of working together, with one of Trinity House’s many aids to navigation providing important data to enhance the safety of the mariner.”

“Our coastal wave buoy network makes real-time wave data freely and easily available to coastal managers and users. We are delighted that this data can help improve operational safety and decision making for ABP Southampton.”