Charting a course to gender equality

Sue Terpilowski OBE, President of WISTA UK, a membership organisation aiming to improve job prospects for women in the maritime industry, discusses how striving to achieve a more diverse workforce can help the sector continue to thrive and inspire future generations of workers.

If you don’t already know WISTA UK (Women's International Shipping & Trading Association UK), it’s my pleasure to introduce us to you! WISTA UK is about inspiring girls and women to study and build careers in the maritime sector, both at sea and ashore. We energise and enable people in the maritime sector to increase the participation, contribution and success of women in their businesses.

Gender equality is an issue that is garnering attention around the globe. It is a fact that the UK has made little progress in tackling inequality between the sexes during the past decade (EU Gender Equality League Table 2017). 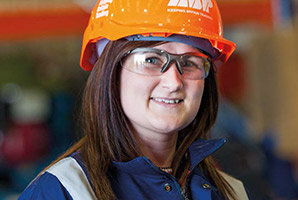 Within the maritime sector, women still account for only a small percentage of total seafarers. The figure generally quoted is less than 2 per cent out of 1,250,000 seafarers. While there are more women now in shore-based roles, the shift within the industry has been gradual and more women are employed in HR and marketing roles than operational or engineering positions.

We know intuitively that diversity matters. It’s also increasingly clear that it makes sense in purely business terms. In the United Kingdom, greater gender diversity on senior executive teams corresponded with better financial performance*: for every 10 per cent increase in gender diversity, Earnings Before Income Tax rose by 3.5 per cent.

In tackling these issues we don’t have to start from scratch, as the sector is able to benefit from work that has been undertaken in other industries, including ‘Women in Transport’ and ‘Women in Science and Engineering’.

One of the biggest lessons from these other initiatives is that the language used in terms of talking about the sector has a large impact on gender balance. For example, there is evidence that genderbiased wording in job advertisements and job descriptions exists in many areas and helps to sustain gender inequality.

Research shows that ‘gendered’ vocabulary has a substantial effect on whether women choose to apply for certain jobs. According to research, it appears that male-centric language dissuades women far more than femalecentric language dissuades men. It therefore follows that if companies were to addressed gendered advertisements and job descriptions, there would be little adverse effect to the male perception and interest in the role, but companies could potentially benefit from a greater pool of female talent in their workforces.

Within the candidate selection process, work has also been undertaken to address unconscious bias which occurs when people favour others who look like them and/or share their values. For example, a person may be drawn to someone with a similar educational background, someone originating from the same area, or who shares the same ethnicity. Everyone has unconscious biases. This can influence decisions in recruitment, promotion and staff development and can lead to a less diverse workforce.

Employers can overlook talented workers and instead favour those who share their own characteristics or views. So what should companies do to detect unconscious bias and counteract its impact on decision making? The answer may lie in taking time to consider all issues properly and adhering to a structured process. Justifying decisions with evidence and recording the reasons that influence the appointment of candidates, can help objectively highlight any potential issues and ensure a fair process.

Justifying decisions with evidence and recording the reasons that influence the appointment of candidates, can help objectively highlight any potential issues and ensure a fair process.

Another area we encourage organisations to consider, is actively working to increase the number of women in influential, decision-making positions. Research shows that when companies commit themselves to diverse leadership, they are more successful*. More diverse companies are better able to attract top talent, retain it, and improve their customer and employee satisfaction, which leads to a virtuous cycle of increasing returns.

Businesses must do more to take full advantage of the opportunities that diverse leadership teams bring. That’s particularly true for their talent pipelines: attracting, developing, mentoring, sponsoring, and retaining the next generations of leaders.

I started this article talking about WISTA UK and would like to end by telling you that we will be launching our very own mentoring scheme this year. If you work in the maritime industry and would like to get involved, either as a mentor or mentee, please get in touch to find out more or visit our website, www.wista-uk.net. Together we can help build a diverse and prosperous future for the maritime sector.