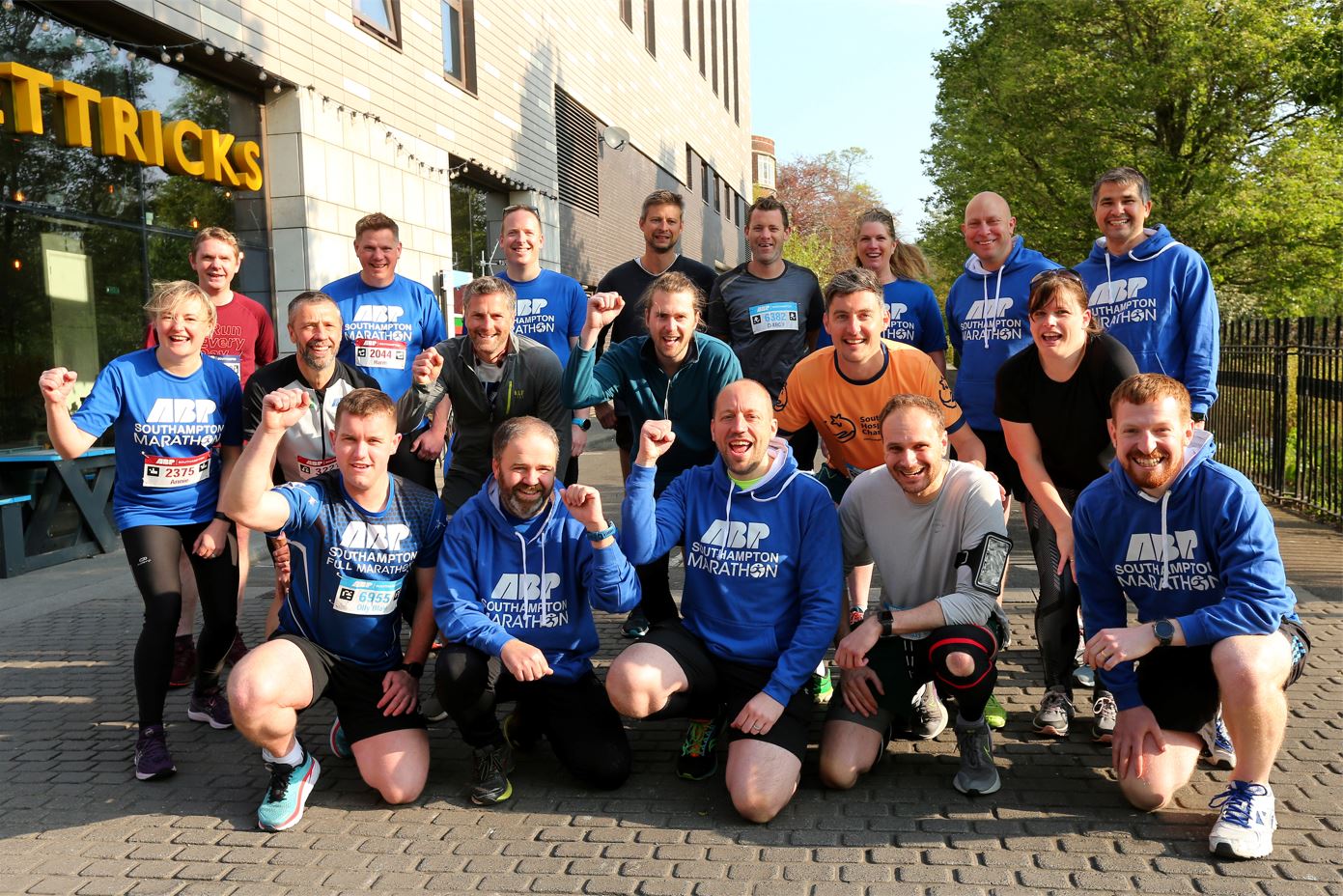 Thousands of runners took to the city’s streets on Sunday April 24th – as the hotly-anticipated ABP Southampton Marathon returned for its seventh year.

One of the best-loved community highlights in the running calendar, the adrenaline-fuelled event saw 8,000 elite and enthusiastic runners sign up for a selection of races including a full marathon, half marathon, 10k and a 5k fun-run. The event was officially opened by ABP Southampton’s Head of Engineering and Asset Management, Will Jeffery, together with Southampton Mayor, Councillor Alex Houghton.

Starting at Guildhall Square against a rousing backdrop of supporter cheers, TV and Radio presenter, Michael Kurn played the role of MC while Event Organiser and Managing Director of Rees Leisure, Chris Rees, kept morale up from the sidelines.

The Marathon covered two laps around the city, taking in key Southampton landmarks such as MAST Mayflower Studios, the docks, the Itchen Bridge, Weston Shore and St Mary’s Stadium, before heading through Southampton University’s Highfield Campus – a new landmark introduced to mark the University’s 70th anniversary of receiving its Royal Charter.

The first person to cross the finish line was Sean Hogan who completed the 13.1-mile half marathon in an impressive 1 hour 11 minutes.

Chris McGurk came first in the full marathon with a time of 2 hours 30 minutes, while Victoria Walls was first out of the women runners at 3 hours 4 minutes.

Katie Slater won in the women’s half marathon category with a time of 1 hour 29 minutes while Issac Farnworth and Christine Halls both came first in the 10k category with times of 33 minutes 26 seconds and 41 minutes 33 seconds respectively.

Hundreds of charity runners also took part in the race, including Dr Huw Jones, lecturer of film studies at the University of Southampton, who completed the full marathon in 2 hours 5 minutes. Dr Huw was running in aid of the special cancer unit that helped save his life when he was suffering from Hodgkin’s Lymphoma.

Other notable participants include Hampshire postman Wayne Bevan, who attempted to break the world record for running a marathon in his work gear. Unfortunately, the rising temperature led to Wayne missing the record by just 8 minutes, with the dedicated postie completing his run in 3 hours 53 minutes.

Supported by his family, a disappointed Wayne said at the finished line: “It was just too hard. Running 26 miles is tough by any standards but today was just too hot. I’m afraid wearing my work clothes and carrying the bag just proved too much.”

More than 58,000 people have run a total of 750,000 miles since the marathon was first held in 2015 with more than £2m raised for local charities as well as generating an excess of £1.3m for the city’s economy each year.

ABP Southampton’s own team runners turned out in support of the company’s charity of the year for 2022, Wetwheels, and other causes close to their hearts.

ABP Southampton Director, Alastair Welch, said: “We are really proud to be associated with such a positive event for our city, attracting local residents and participants from far and wide. The turnout this year was fantastic and it’s always such a great atmosphere. A very big thank you to everyone who ran, took part and supported.”

Chris said: “After taking a break from COVID, and making a tentative return in 2021, we knew that this event would come back bigger than ever. It is such a celebrated milestone in the city’s calendar, and it was hugely emotional seeing the thousands of runners at the start line.

“This year has been particularly poignant, as Southampton bids to become UK City of Culture 2025. The marathon provides a real moment for the community, and brings new people to the city to experience what a vibrant and amazing city Southampton is.”