Associated British Ports (‘ABP’) has seen timber volumes double this year at the Port of King’s Lynn, as the demand in the U.K. has increased for timber for use in construction, manufacturing and DIY, such as home offices, decking, home and garden improvements. 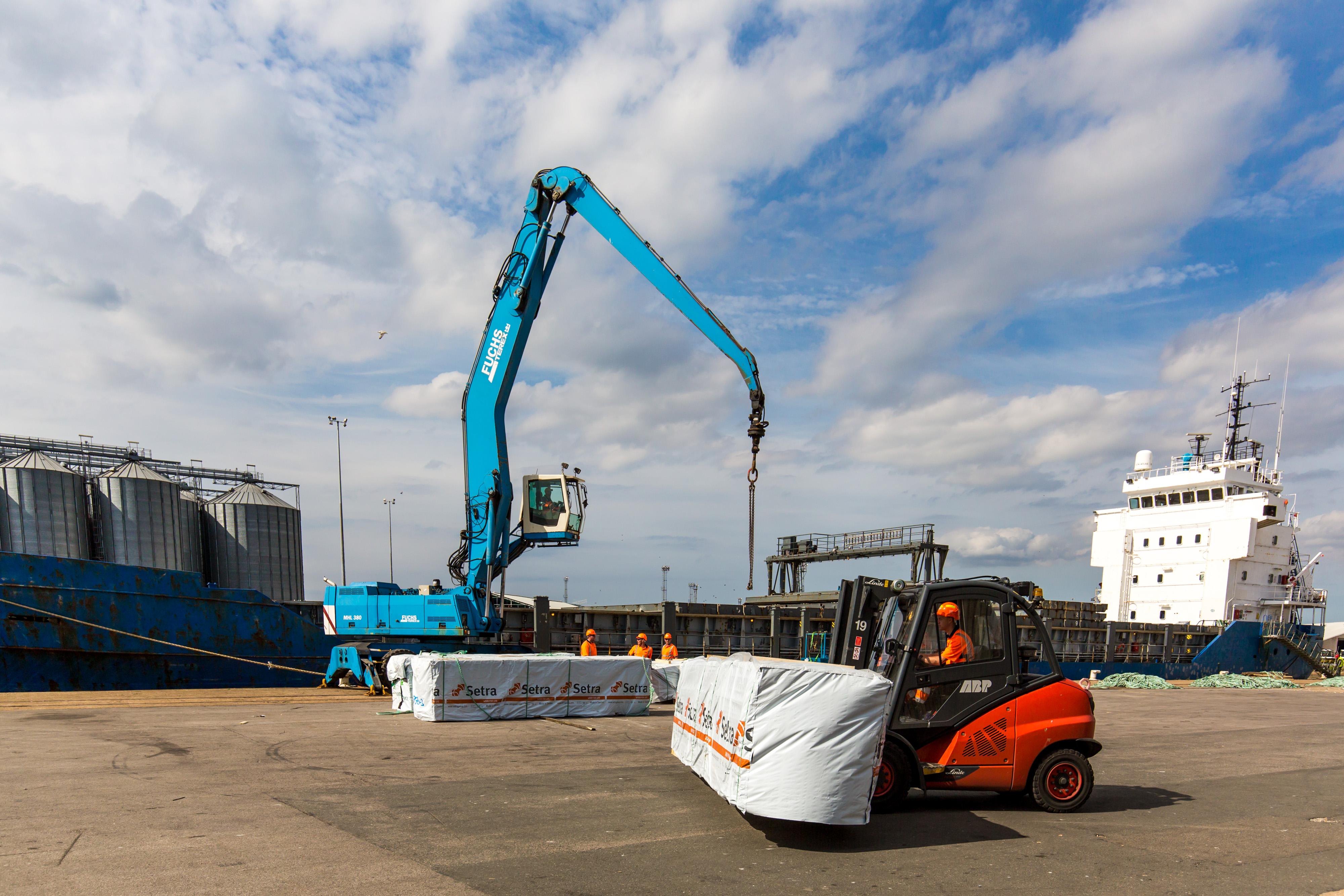 Timber being handled at the Port of Kings Lynn

Associated British Ports (‘ABP’) has seen timber volumes double this year at the Port of King’s Lynn, as the demand in the U.K. has increased for timber for use in construction, manufacturing and DIY, such as home offices, decking, home and garden improvements. Typically imported from Sweden, Finland and Latvia, over 88,800 tonnes of timber have been handled by ABP’s Port of King’s Lynn, which is more than twice the quantity that was handled in the first half of 2020.

The port handles a diverse mix of imports and exports, including forest products, minerals, aggregates, fertilisers, scrap metal and various types of grain. Grain is both imported and exported, depending on the quality of both the UK and European harvests, but the trend in rising timber volumes is estimated to continue with demand.

ABP is investing circa £1.25 million in new undercover storage provisions for forest products, a Dutch Barn storage facility, which will be finished later this year. Over the last few years, ABP has regularly made large investments in the infrastructure of the port, completing the installation of new lock gates this year, and investing over £3 million in a new crane and other equipment in 2017. ABP has also recently invested in surfacing improvements for timber, demolished redundant and time-expired warehousing, and replaced a number of pieces of handling equipment, as well as introducing new access control arrangements.

“We are delighted to be having the busiest year that we’ve had for some years. Everyone has been brilliant in their attitude of coming to work and adapting to the challenges and conditions of the last 15 months, completing the safe and ‘Covid-secure’ loading and discharging of approximately 200 ships during this period.”

Not only are timber volumes likely to continue, but if the predictions for warmer weather are correct, then the wheat harvest in the UK should mean that the port will far exceed the estimate of handling 450,000 tonnes of cargo for the year. Working tirelessly towards ABP’s mission of “Keeping Britain Trading”, the Port of King’s Lynn continues its commitment to support the recovery of the UK economy, and the variety of industries in which ABP’s customers are involved.