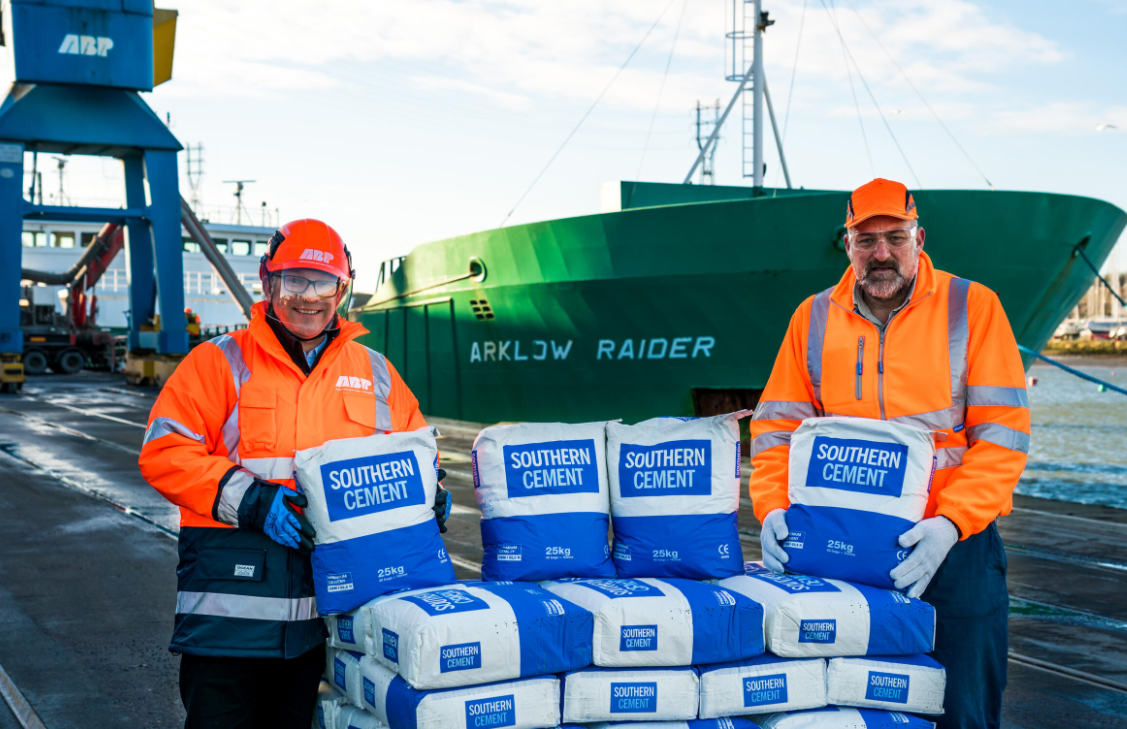 The Port of Ipswich, owned by Associated British Ports (ABP), the UK’s leading and best-connected port operator, has seen its customer Southern Cement reach a 3 million tonne milestone of imported cement this month.

Arriving from Bilbao last week, the general cargo vessel MV Arklow Raider was carrying a shipment of over 4,600 tonnes of cement, which helped push the total number of tonnes discharged by Southern Cement since they first started actively using the port in 2002 to 3 million.

Dean Wessels, Operations Manager at Southern Cement, commented: “We are delighted to reach the milestone of 3 million tonnes of cement through our operation at Ipswich. We could not have achieved this without the commitment of our employees and business partners. Our relationship with ABP has allowed us to grow our business to become the supplier of choice when it comes to cementitious products.”

Situated at the head of the River Orwell, 12 miles from the open sea, the Port of Ipswich handles around 2 million tonnes of cargo per year. It is the UK’s leading grain export port and also specialises in a range of other products such as fertiliser, cement and aggregates.

“We look forward to continuing to play an important role in supporting the UK construction industry, so that we can contribute to the growth of the region’s economy in future.”