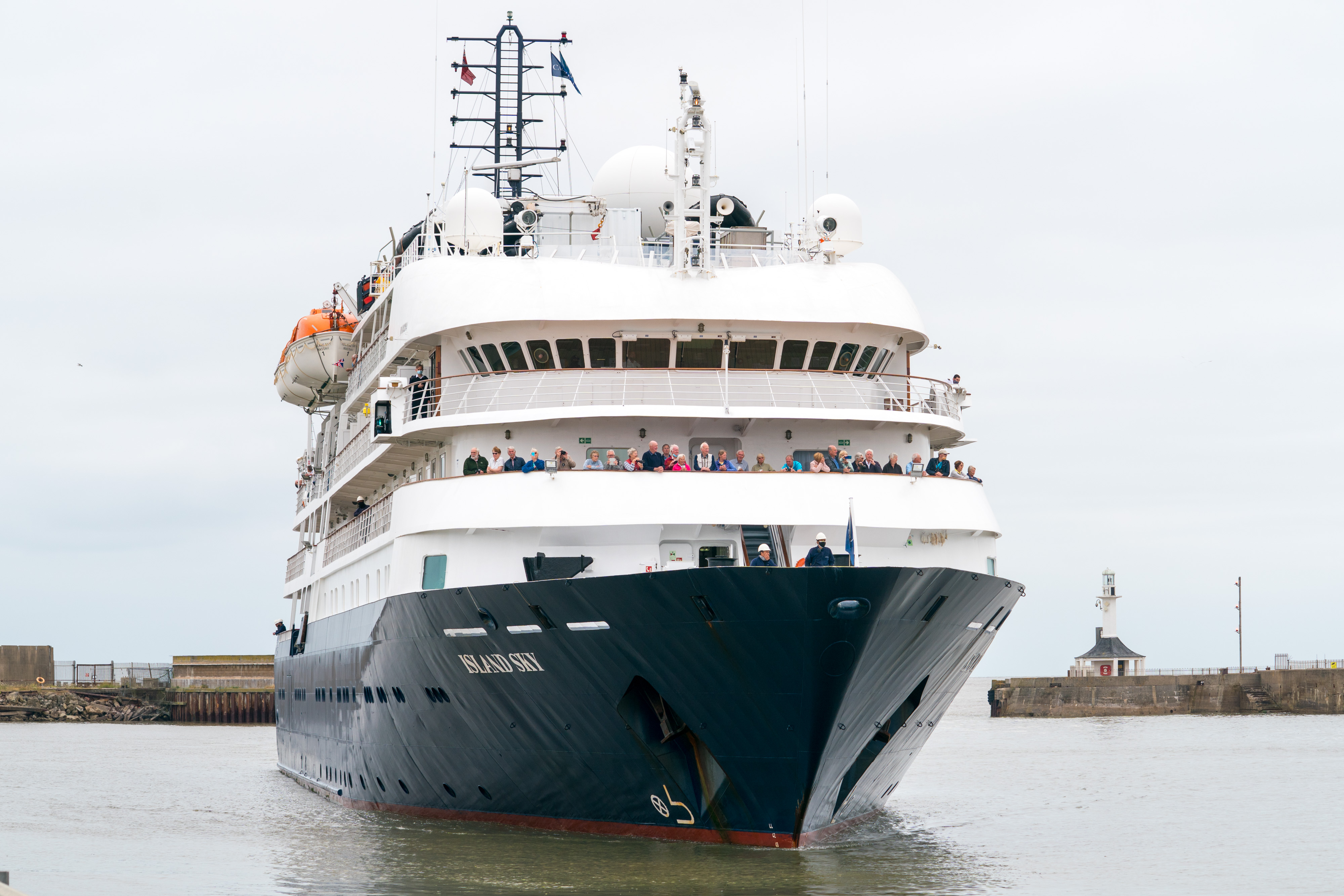 On Friday 23 rd July 2021, Associated British Ports (‘ABP’)’s Port of Lowestoft, the UK’s most eastern port, welcomed the maiden call of Noble Caledonia’s flagship vessel, The MS Island Sky. This was also the first cruise call to the Port of Lowestoft, which is more widely known for its support of the burgeoning offshore wind industry, its historic fishing industry and for handling cargo for agricultural and construction industries.

Noble Caledonia cruises are synonymous with small ship cruising and the Italian-built MS Island Sky has 59 luxury suites. Noble Caledonia is celebrating its 30 th anniversary this year with ‘The Best of British 30 th Anniversary’ tour on the MS Island Sky; an enviable itinerary that visits some of the most beautiful parts of Britain, finishing with this final call in the Port of Lowestoft. Passengers on the MS Island Sky were given tourist guides from Lowestoft Vision, and Lowestoft pocket guides, supplied by East Suffolk Council.
ABP has worked closely with Noble Caledonia to ensure Covid-secure operations are effectively delivered at Lowestoft.

Paul Ager, Divisional Port Manager, ABP said,
“We are delighted to welcome the arrival of luxury cruise ships to the Port of Lowestoft and hope that this successful voyage of the MS Island Sky is followed by more visits from cruise ships in the future.”

Peter Aldous MP, Member of Parliament, for Waveney said,
“It’s great to welcome the Island Sky to Lowestoft. Tourism is a vital component part of the local economy and the location of the Town Quay is an advantage that can help bring additional trade to the Town Centre and passengers will be able to visit the South Beach as well as making an excursion in to the unique Suffolk countryside.”

Cllr Craig Rivett, East Suffolk Council’s Deputy Leader and cabinet member for Economic Development said,
“The MS Island Sky is the first cruise ship to call at the Port of Lowestoft and we hope it will be the first of many this summer and in years to come. Lowestoft provides an ideal location for cruise ships to dock, enabling passengers to explore and enjoy the town and the wider district, benefiting the local economy and showcasing Lowestoft and East Suffolk to a national audience.”

With further calls on the 6th August, the 11th September and 25th of September from the MS Island Sky, as well as proposed calls from another of Noble Caledonia’s fleet, the MS Serenissima, the Port of Lowestoft is looking forward to the arrival of more luxury cruise ships this summer.