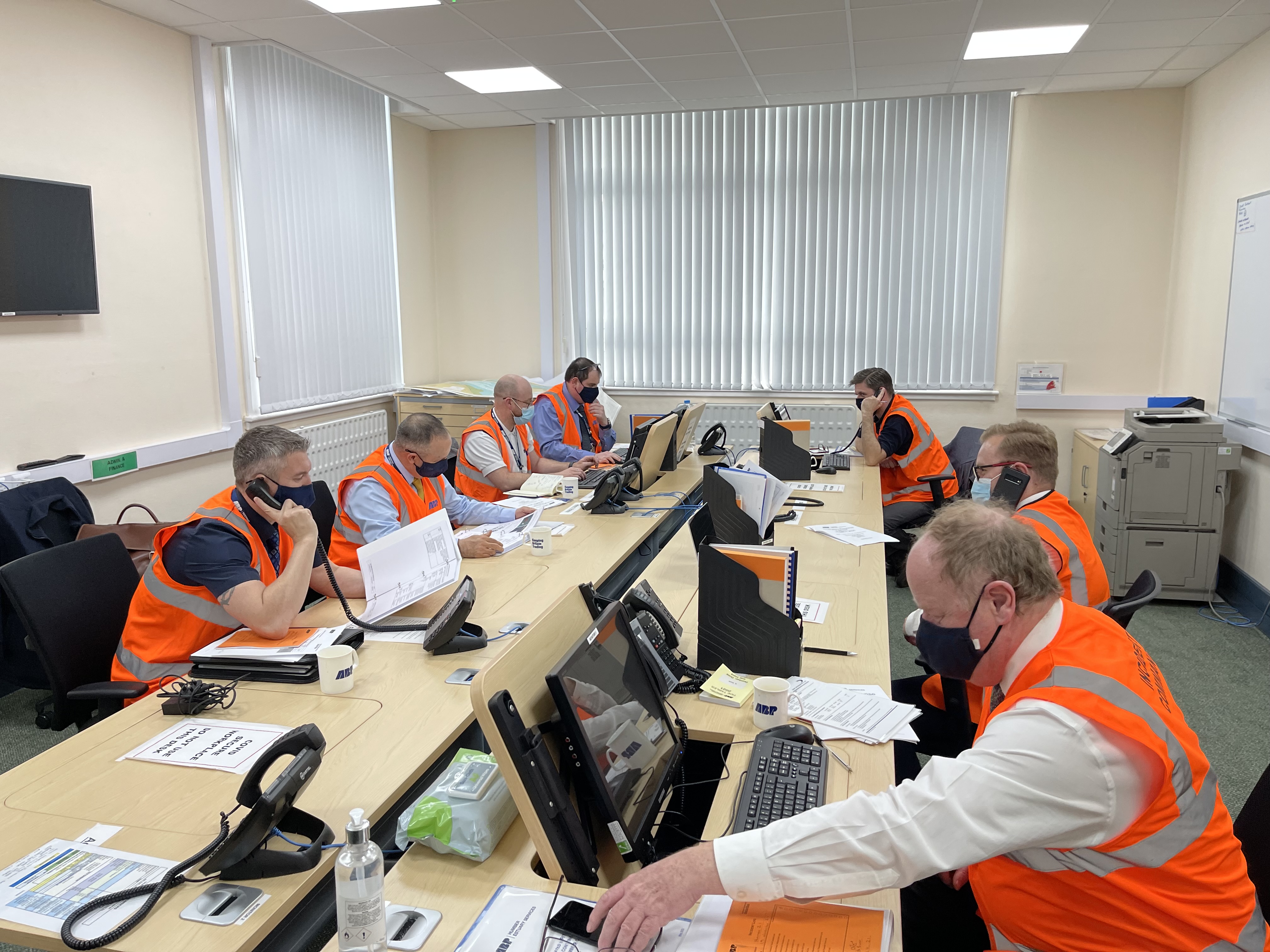 ABP is the Statutory and Competent Harbour Authority for the Humber Estuary and is responsible for ensuring the safety of marine operations within the ports and estuary. As part of its duty of care to the Humber, each year ABP Humber conduct an Incident Management Exercise to test the Oil Spill Contingency Plan “Humber Clean” which was revalidated in May this year by the Maritime and Coastguard Agency (MCA).

The oil spill scenario was simulated on the Humber 300 metres North West of Immingham Dock. ABP’s Marine Response Centre was activated to deal with the notification that approximately 5-10mt of gasoil had leaked into the area, as a result of a barge suffering from a split hose. To note, this was a fictional scenario used by the team and was not based on any actual incidents at the port.

Marine Response Centre team leaders worked on a number of individual responsibilities to move through the exercise, testing the many processes in place to ensure a quick containment and management of the scenario.

As a first response to any notification of an oil spill, ABP Tier 1 teams can be deployed to tackle the spill. Adler and Allan operate as Tier 2 contractors for ABP, and upon their arrival would support the incident management team with containment and clear-up operations.

This training opportunity enabled ABP’s Marine Response Centre to test many aspects of incident management including communications, ‘Send Word Now’ for cascaded alerts, and the new management structure within the OSCP plan.

A full communications check was completed by ABP with organisations such as the Humber Emergency Planning Services, Environment Agency and the MCA.

Head of Marine for ABP’s Humber ports, Gary Wilson, said:
“The Humber Estuary is a special place and holds a number of designations for the habitats and wildlife, both resident and migratory, that can be found here. The annual Humber Incident Management Exercise is a vital piece of protection to ensure that any incident can be dealt with safely and quickly to prevent damage to the environment. I’d like to commend the team involved in this year’s exercise for their participation, timely response and professionalism.”