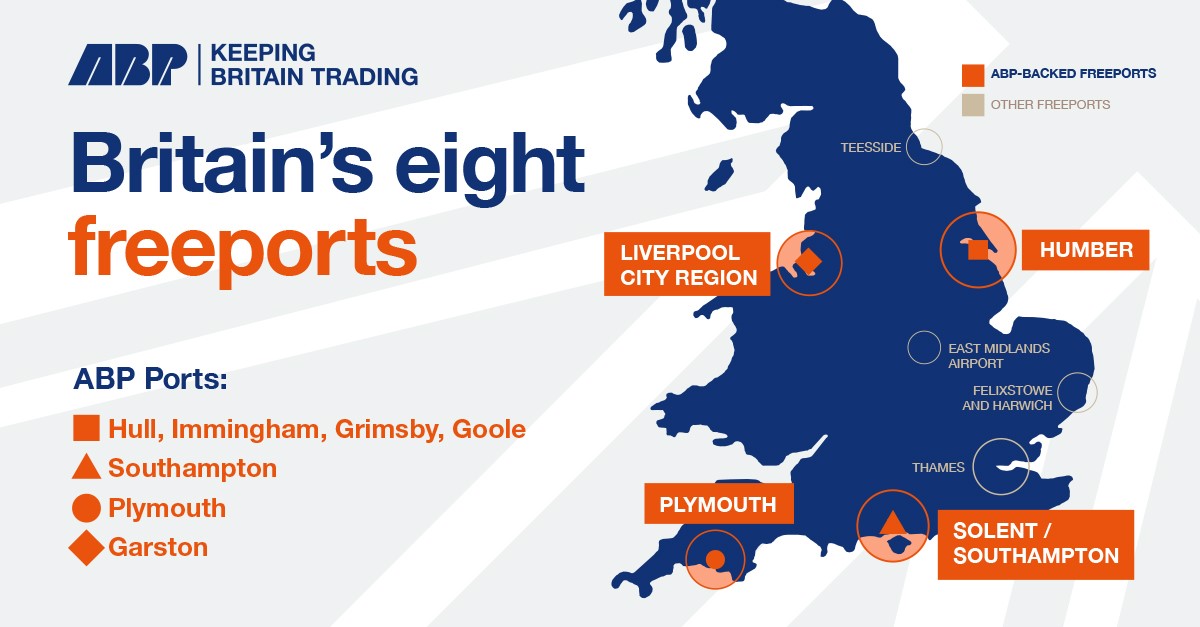 Today, UK Chancellor Rishi Sunak MP, announced the creation of eight freeports in England, which have the potential to unlock billions of pounds of investment, accelerate innovation and help de-carbonise the UK economy.

ABP is committed to keeping Britain trading by providing industry-leading port services and infrastructure that connects UK businesses, industry and manufacturers to markets in Europe and across the globe. The Freeports policy presents an opportunity to grow UK trade and exports by attracting further investment in the UK’s thriving ports sector, helping to create jobs and boost manufacturing in port locations.

Henrik L. Pedersen, ABP Chief Executive Officer, said: “We are delighted to learn that the Humber and the Solent-Southampton have been successful in their bids for Freeport status. We were lead partners for both, and they are well placed to deliver on the Government’s agenda to level up and de-carbonise the economy. The Humber Freeport will lead the way in de-carbonising the UK’s economy through carbon capture and storage and alternative fuels, and the Solent-Southampton Freeport will catalyse an innovation revolution in maritime and green growth.

“We also welcome the announcement of Freeport status in the Liverpool City Region and Plymouth, which is very good news for ABP’s ports of Garston and Plymouth.

“We are pleased to learn that Government will be working closely with the devolved administrations in Scotland and Wales to develop freeports there, and we look forward to working with them to bring the economic benefits to all parts of the United Kingdom.”