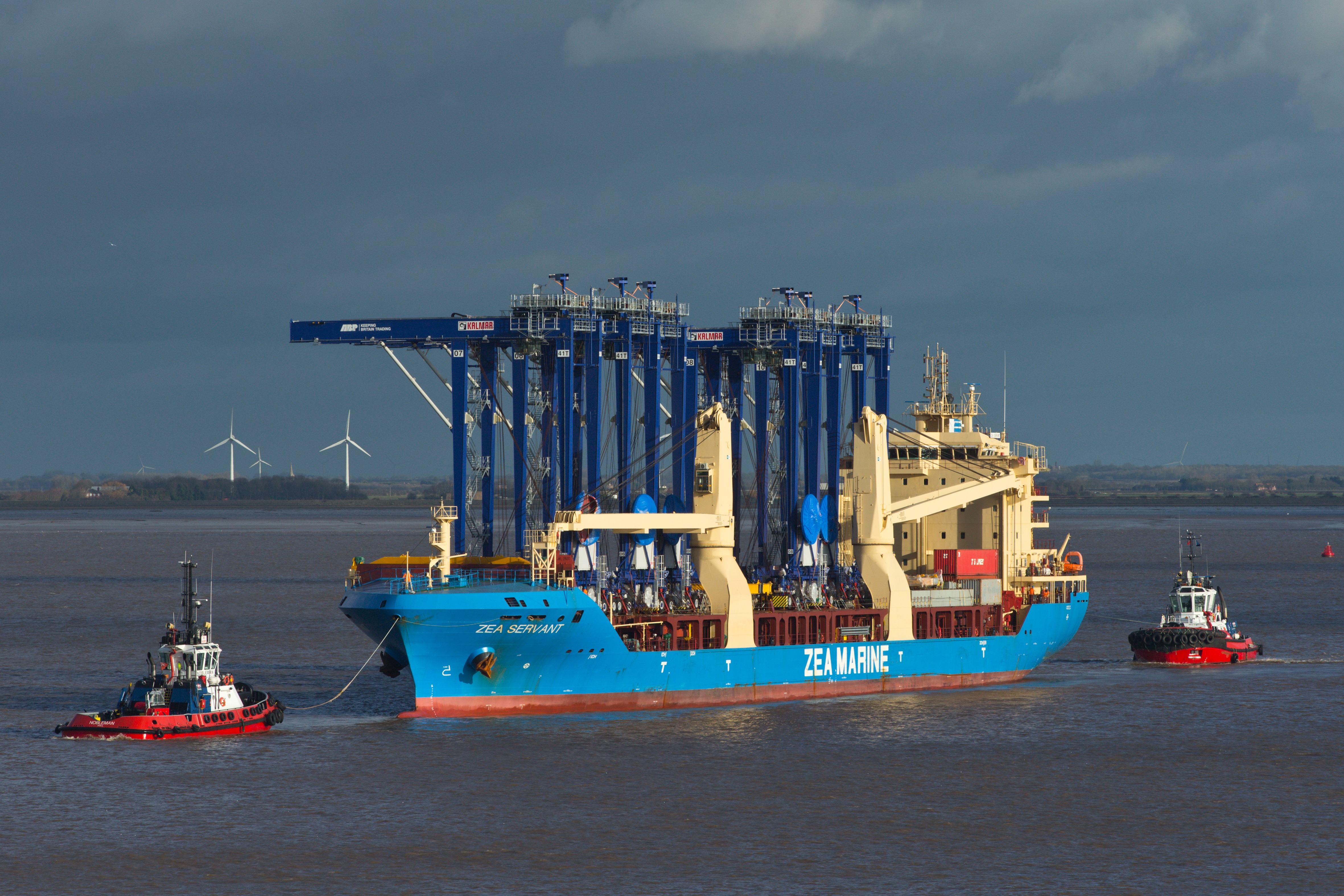 Above: Electric rubber tyre gantry cranes arriving in the Humber, ready to be discharged at Immingham

This week, six electric rubber tyre gantry cranes arrived from China to the Port of Immingham as part of the Project Pilgrim expansion of the container terminal.

Project Pilgrim is a £33 million upgrade to Immingham Container Terminal to future proof the terminal, extend its footprint and improve the service to customers.

These cranes make up over £7 million of investment of the £33 million total. They took 34 days to travel from China to Immingham, where they are being discharged using ship led facilities.

These impressive cranes will be used to stack containers in what is already the largest port by tonnage in the UK.

The sheer size of the vessel and the overhang of the equipment made this an exciting arrival for the team at the Humber Port. Teams worked hard on the planning and execution of the berth.

The cranes will now go through several stages on the Port, including modification works and mapping, ready to be commissioned for work at the end of February.

Simon Bird, Regional Director of ABP Humber, said: “This is a hugely exciting time for containers in the Humber Ports. The investment in this infrastructure is key to ABP’s expansion plans at the Humber Container Terminal on the Port of Immingham and we have already seen huge success from similar investment in our Port across the Humber in Hull”.

He added “The electric rubber tyre gantry cranes will also reduce fuel consumption by 95% and will therefore complement our efforts to reduce emissions.”

ABP has continued to invest in the Humber Ports to ensure that they have the infrastructure needed to seize opportunities in 2020.

As part of ABP’s ongoing commitment to customers, ABP has been investing in the container infrastructure. In 2018, the container terminal in Hull expanded which saw sailings increase from five to 15 per week in a short space of time, adding new destinations as partners. Project Pilgrim is a similar investment of £33 million and is currently underway in the container terminal in the Port of Immingham which will increase the space, improve the layout and add new equipment. The investment will make sure ABP’s offering to customers is the best available.

This investment across the two terminals in Hull and Immingham is making the Humber Ports one of the most significant hubs for short sea containers in the UK market.