Possible WWII Bomb discovered on the Eve of VE Day

Possible WWII Bomb discovered on the Eve of VE Day

on the Eve of VE Day 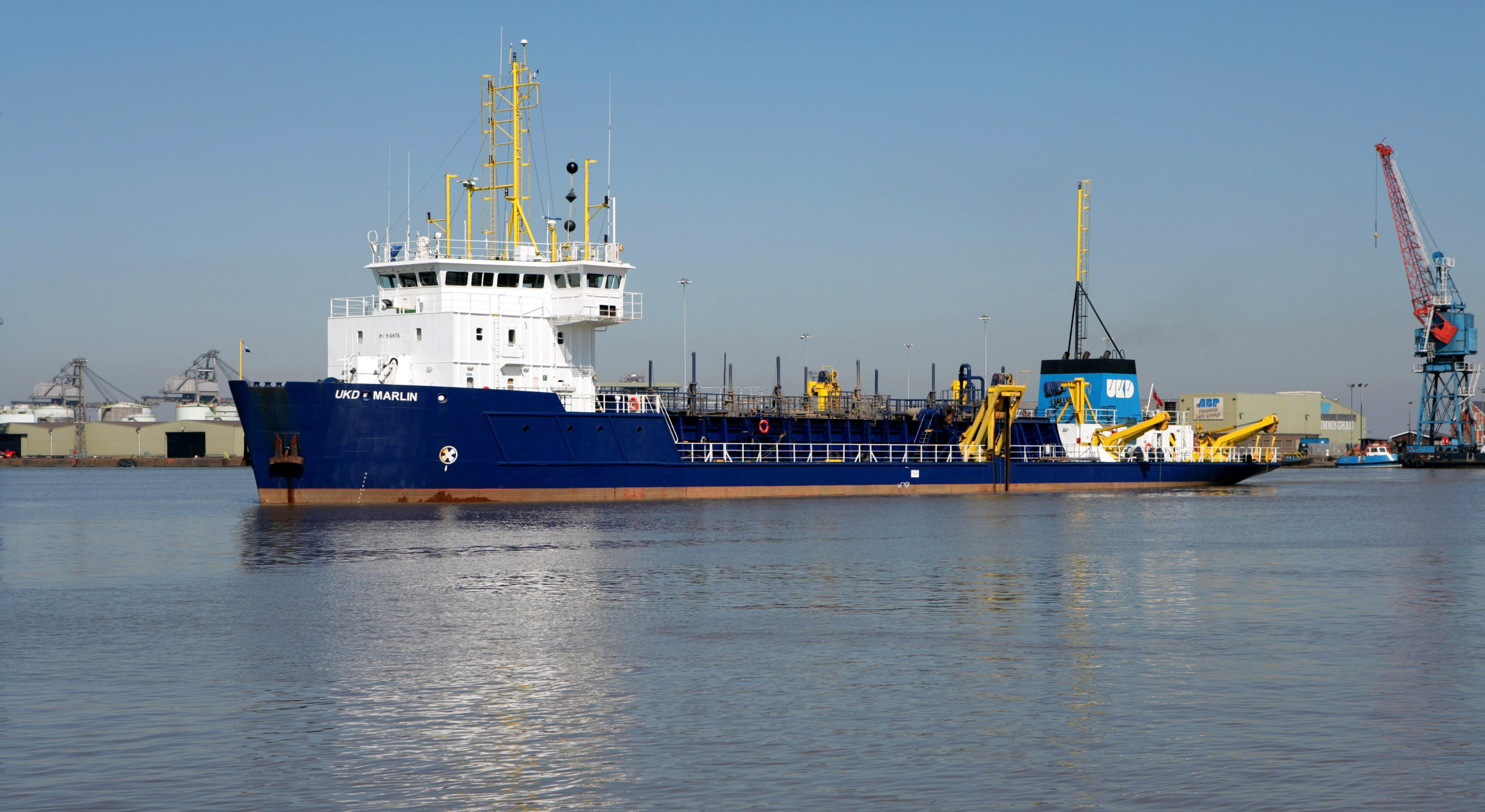 Above: UKD Marlin at the Port of Immingham

On the eve of VE Day, ABP’s dredging team believes that they witnessed an undiscovered World War II bomb explode this morning.

UK Dredging, the dredging specialists owned by ABP Group, were completing routine maintenance dredging of the Humber, when they heard a loud bang and saw a plume in the water. It is thought that a small very old device which was covered by silt and sand choose this opportunity to detonate. There was no damage or injury to anyone involved. The dredger is carrying on its vital work in keeping Britain trading.

Dredging is an important part of keeping the channels safe for vessels travelling through the busy waters of the Humber. The routine process helps keep the bed of the river clear and channels deep and wide enough for vessels navigating the area, to keep trade flowing.

Our vessel, the UKD Marlin, reported a loud bang followed by up welling of water around 40 metres off her port side, just before starting dredging Immingham Approaches.

Such incidents are very unusual in areas that are regularly dredged such as the Humber Estuary.

ABP Humber’s Director Simon Bird said ‘It’s a fitting reminder of the every day dangers faced by people during the Second World War that we found this device on the eve of VE Day. Thankfully nobody was hurt and no damage was done and our colleagues can keep dredging which plays such a vital role in keeping supplies coming into the UK.’

ABP’s survey team have now carried a detailed survey of the area before any further dredging is resumed.