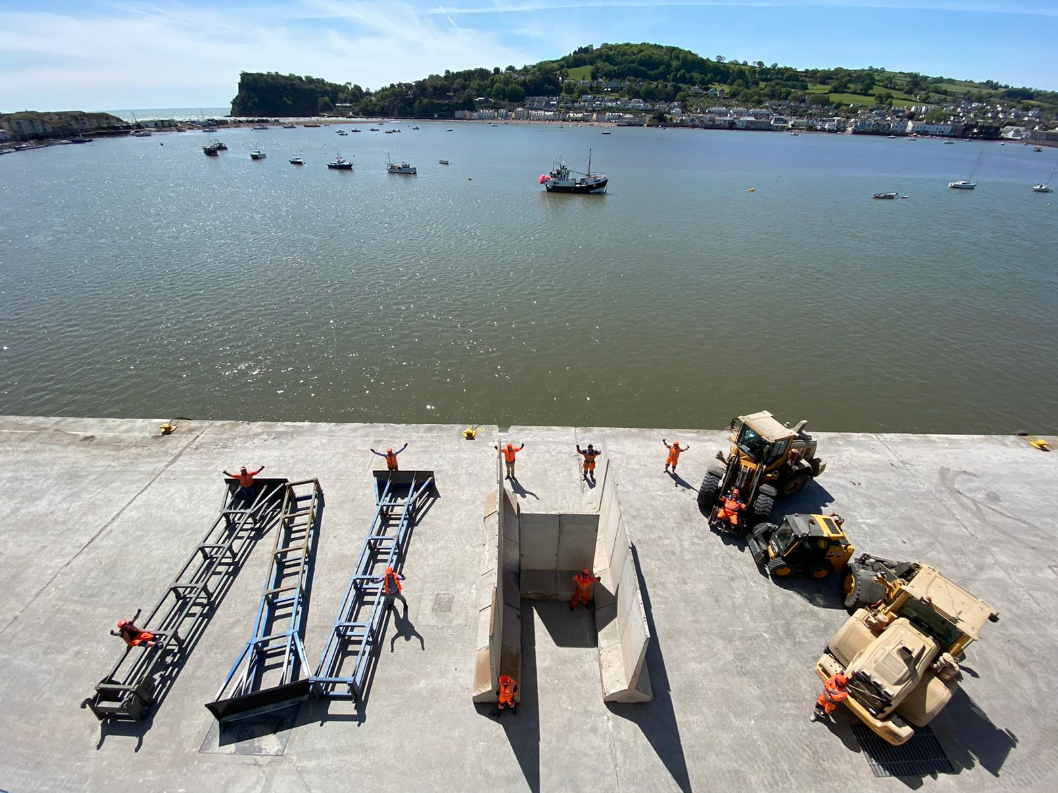 Caption: ABP Colleagues at the Port of Teignmouth show their appreciation for the NHS

Colleagues at ABP Teignmouth have created an impressive display to show their appreciation for the NHS and all key workers including port workers & colleagues in the transport supply chain, who are playing an important role in keeping the economy going during the current pandemic.

As part of the tribute, the local team used a combination of different materials and equipment normally found at the port to spell out the letters of the NHS. The letter ‘N’ was constructed using pusher blades, which are normally attached to loading shovels to help push cargo up in warehouses in order to maximise the use of storage space.

Tall concrete sections, which are usually used to create dividing walls within sheds and extra storage areas, were used to spell out the letter ‘H’, while bobcats and loading shovels were used for the letter ‘S’.

Since the Prime Minister made his original lockdown announcement on 24th March, ABP Teignmouth has handled 26 ships and 66,413 tonnes of cargo have been shipped in and out of the port. This has included 12 cargoes of cereals and animal feed and nearly 30,000 tonnes of export clay on behalf of local businesses which has helped them to keep working throughout this difficult period.

“Seeing the creative way in which our colleagues in Teignmouth have decided to show their appreciation for the NHS and keyworkers is really heart-warming and their feelings have been echoed across all of ABP’s 21 ports.” Andrew Harston ABP Regional Director for Wales and Short Sea Ports

“The Port of Teignmouth plays an important role in keeping the South West economy trading and I am proud of our colleagues who have been doing a fantastic job throughout this challenging time.”

“I would also like to thank our colleagues at Teignmouth Harbour and in particular Commander David Vaughan and his team and the pilots who have provided total support to our operations throughout this time and are a credit to the Teignmouth Harbour Commission. This really is a team effort and we could not successfully operate without working closely with them.”

More information about ABP Teignmouth and it’s role at the heart of the local community can be found on ABP’s website: www.abports.co.uk/locations/teignmouth/