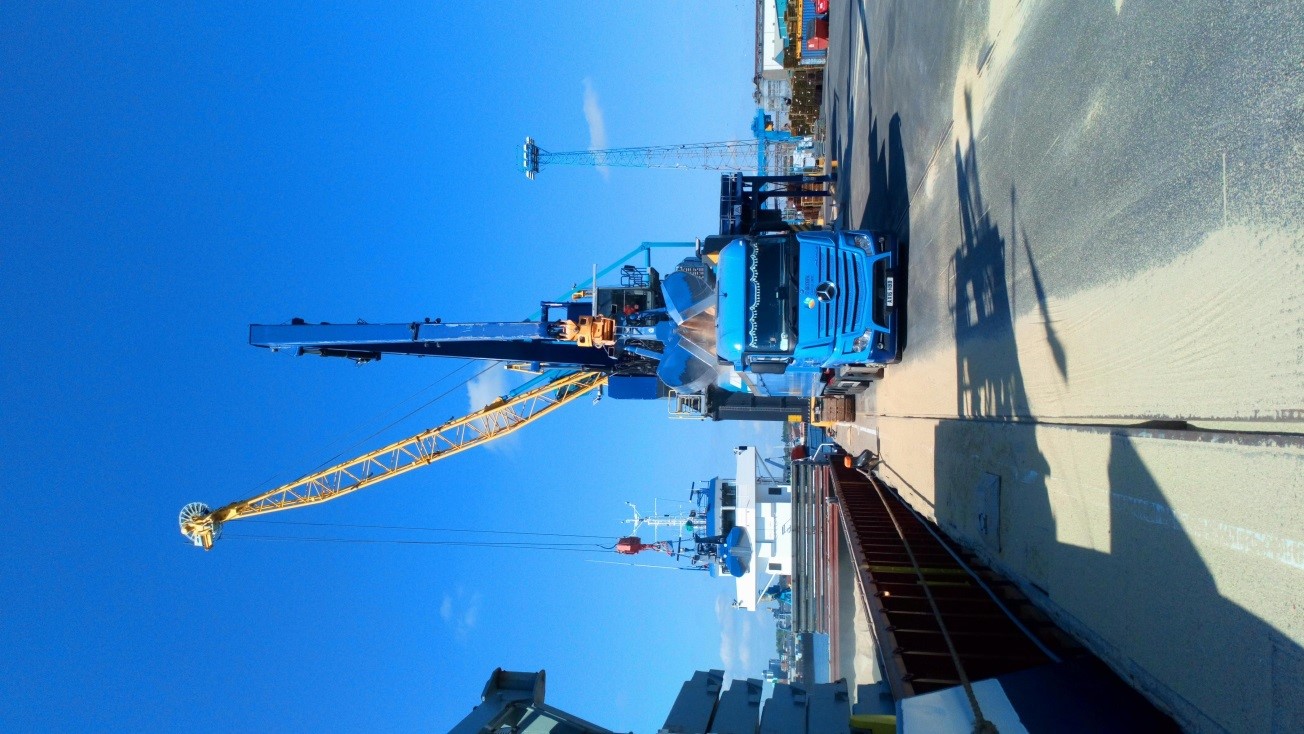 Since 23rd March, the day the prime minister made his historic announcement marking the start of a UK lockdown due to Covid-19, the Port of Ipswich has welcomed more than 70 ships and handled a total of 240,500 tonnes of cargo on behalf of Suffolk businesses.

During this period, the Port of Ipswich, owned and operated by Associated British Ports (ABP), has received more than 32,000 tonnes of fertiliser destined for the farming sector in the Suffolk and North Essex region and customers have exported over 80,000 tonnes of barley, wheat, oats and beans to ports as diverse as Rotterdam, Leith in Scotland, Gran Canaria and Reykjavik in Iceland.

These shipments demonstrate the wide range of countries served by the Port of Ipswich. Other shipments also include a number of cargoes of Suffolk-grown beans which have been exported to Egypt. The port has also received nine shipments of animal feed imports which help to support the many chicken and pig farming operations in Suffolk, producing food at this important time.

In a recent note published by the Maritime Minister, Kelly Tolhurst MP,  expressed her gratitude to all colleagues across the maritime industry:

In a recent note published by the Maritime Minister, Kelly Tolhurst MP,  expressed her gratitude to all colleagues across the maritime industry: “As a result of [maritime workers’] commitment and dedication, we have the medicines we need. It means supermarket shelves across the country can be replenished every night. It means the nation is supplied with energy efficiently/without interruption”.

“Furthermore, it means our ports can keep operating safely and efficiently. So, I want to pay tribute to all those in maritime who have gone out to work during this time of national crisis, from every port employee to every seafarer, we thank you all. “

Other recent activities at the Port of Ipswich have supported the important construction and housebuilding sectors. Although some operations have been suspended, vital materials for the construction supply chain have continued to arrive at the port, many of which were shipped or arranged prior to the lockdown. 21,000 tonnes of timber has been delivered to Ipswich from Scandinavia and the Baltic States in nine ships over the same period and 51,000 tonnes of aggregate, cement and bricks have also arrived.

Andrew Harston, ABP Regional Director for Wales & Short Sea Ports, who is  responsible for Port of Ipswich, said:  “I really want to thank and pay tribute to all of our colleagues who are key workers who have been in the front line working on the quayside to keep vital cargoes coming in and out of the country."

“We have asked colleagues to work from home where possible but the majority of our employees are directly involved in handling goods, which means they need to be physically on the quayside" Andrew Harston ABP Regional Director for Wales & Short Sea Ports

"Our colleagues have done a fantastic job in following safety procedures and keeping the port working at near normal levels, which is something we could not have done without them. This has allowed our customers to continue operating throughout the crisis. I am very proud of our colleagues and would like to thank every single one for the job they have done over recent weeks.”