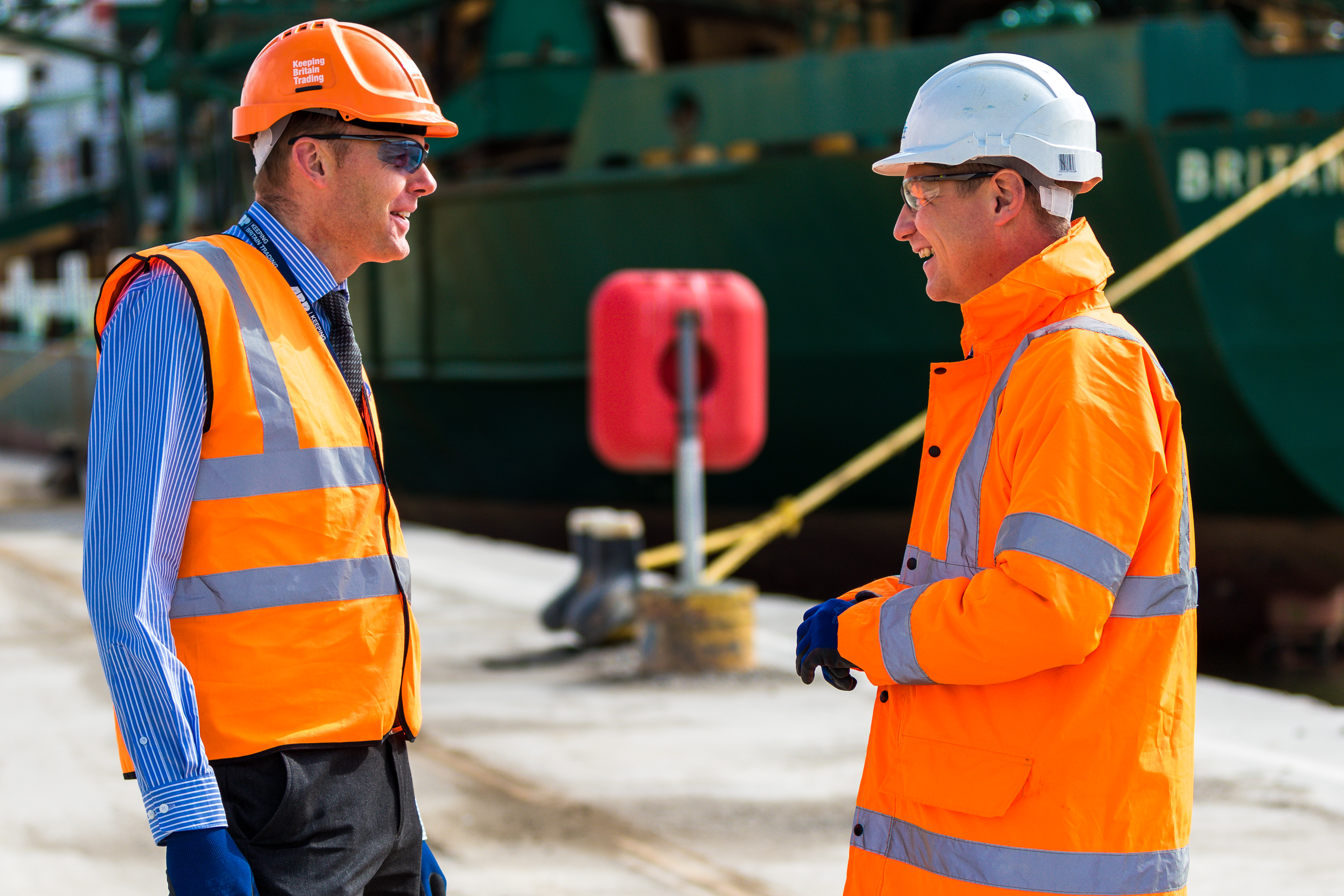 Image caption: Andy Constable (left) ABP's Head of Operations in Ipswich and Adam Smith, Eastern Regional Manager of Brett Aggregates pictured on the quay side at Brett's depot in Ipswich.

ABP has announced that in November 2019, it handled the largest quantity of construction aggregates ever to pass through the Port of Ipswich in one month, making 2019 a record-breaking year for the port’s role in supporting the UK construction industry.

Having handled almost 50,000 tonnes of aggregates in November 2019 for Brett Aggregates, the largest independent producer of sand and gravel in the UK, ABP’s team at the Port of Ipswich beat its previous record, which was 46,600 tonnes in May 2018.

Operating a terminal within the Port of Ipswich where marine-dredged aggregates arrive by ship, Brett Aggregates stores and processed materials on site before delivering them to customers by rail, sea or road for use in concrete manufacture and other construction projects.

“This is a great achievement from our Ipswich team and with continued support from ABP we can continue to meet customer demand." Adam Smith Commercial Manager – East, Brett Aggregates

“Having achieved plenty of successes throughout our long term partnership, we look forward to continuing to work together.”

This latest success, follows a major milestone in September 2017, which saw ABP’s Port of Ipswich and Brett Aggregates win the annual Rail Freight Group (RFG) Community and Environmental Responsibility Award for their work in developing a new rail-based flow from the Port of Ipswich to London Concrete in Watford. With more than 130,000 tonnes of product transported by rail as a result of the project since January 2016, the new rail flow has significant environmental and community benefits when compared with road transport.

“We’d like to congratulate our valued customer for setting their own new record for Ipswich." Andrew Harston Director Wales & Short Sea Ports

"2019 was a very successful year for our East Anglian ports, filled will new records, and we hope to continue supporting local businesses and the UK economy in the year ahead.”

Last year also saw a strong year for trade in agribulks for the Port of Ipswich, which more than doubled its grain export volumes with 500,000 tonnes exported from the port in the months of June to November 2019.