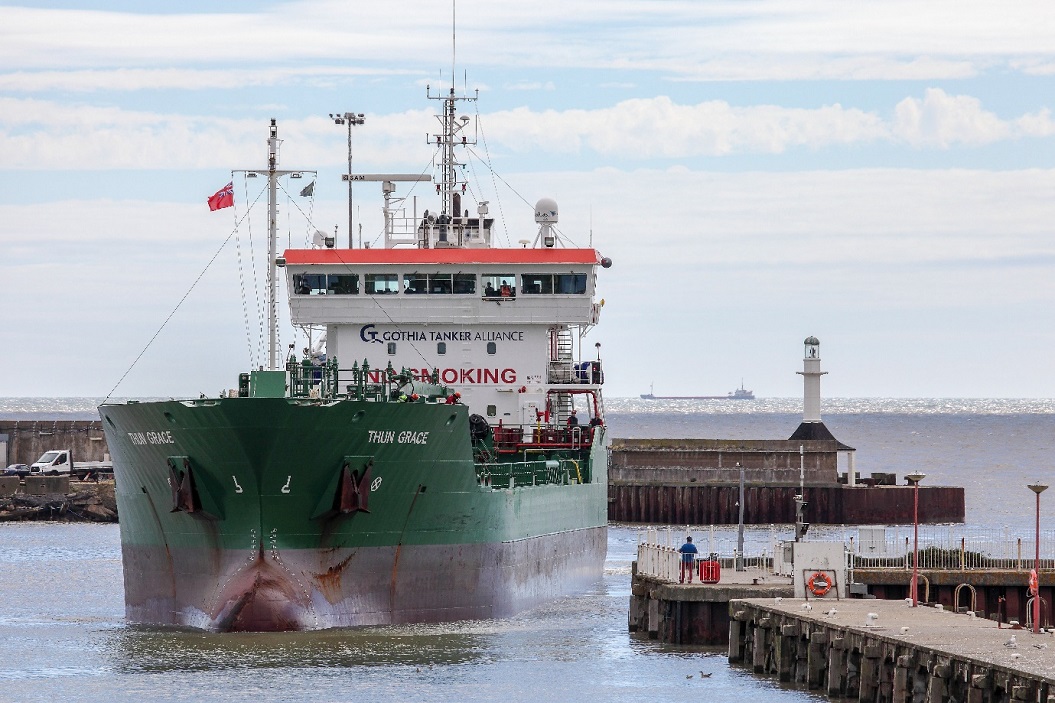 Associated British Ports (ABP), the owner and operator of the Port of Lowestoft has invested more than £250,000 in the construction of a new fuel bunkering facility to support the UK Southern North Sea (SNS) energy sector.

Yesterday, the bunkering facility received its first fuel from the vessel, Thun Grace, which called at the Port of Lowestoft on behalf of Peterson UK and GEOS Group as part of a strategic partnership to carry out fuel services. GEOS Group provides fuel directly from a UK refinery to various ports around the UK.

John Shade, UK Fuel Manager, said: “This new fuel bunkering facility provides operators from the oil and gas and offshore wind sectors with another reason to use Lowestoft as their port of choice, with capability and capacity now in place to service any vessel that comes into the port. We are pleased to have worked in partnership with ABP and GEOS Group to create a competitively priced solution in a very convenient location.”

Barry Newton, Director, GEOS Group, added: "We are delighted to be able to provide a fuelling facility in Lowestoft, both supporting and adding to port services, and are excited to work with ABP in the development of the port going forward.”

Construction of the new facility, which included the raising of bund walls, began in November 2019 and was completed on schedule by the local contractor Brooks and Wood.

Paul Ager, ABP Divisional Port Manager - East Coast, said: “Today marks another important milestone in our partnership with Peterson UK and GEOS Group, which will help support jobs and the regional economy at this vital time.

“With this new bunkering facility our marine teams are able to support the UK SNS energy sector 365 days a year, making sure that our customers get a consistent, cost-effective and efficient service.”

Since the start of ABP and Peterson UK’s long-term business partnership in January 2019, the two companies have celebrated a number of successes, including reaching the milestone of handling 100 vessels in October 2019. Since then, this figure has grown to more than 350 vessels, which have called at the port.

Peterson UK operates a wide range of warehouses and other cargo and logistic services from the Port of Lowestoft, including fuel bunkering to support the oil and gas and renewable energy sectors being supplied from its Lowestoft Supply Base.