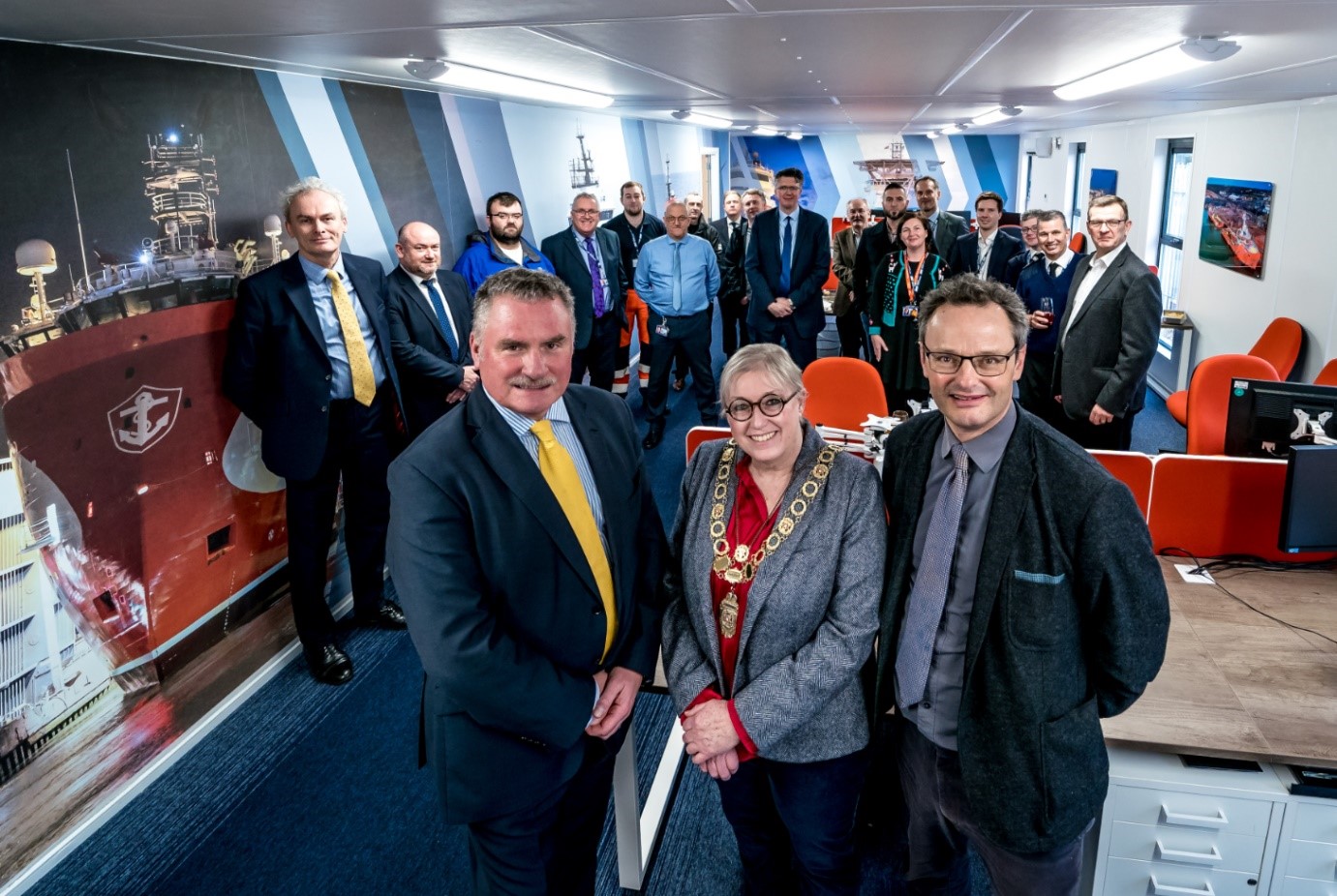 ABP has officially unveiled a new state-of-the-art port office in Lowestoft, which represents an investment of £250,000 and re-affirms the company’s commitment to supporting the UK’s growing offshore energy sector and long-term energy sustainability.

During the opening ceremony, which was attended by local MP Peter Aldous, as well as ABP customers and colleagues at the port, guests were heard more about the vital role played by the port in supporting the local economy.

As the UK’s most eastern port, Lowestoft has a long history of servicing offshore energy projects and offers highly-skilled teams equipped to safely and efficiently handle a wide range of cargoes.

Peter Aldous MP for Waveney, said: “It was a great pleasure to officially open ABP’s new port office in Lowestoft. This represents a significant investment in the port, which has a key role to play in the local economy, bringing new jobs to the area to service the offshore wind industry, oil and gas decommissioning and a revitalised fishing industry.”

“The port is also increasingly popular with leisure and sailing crafts, as well as being the home port of CEFAS Endeavour, which compliments well CEFAS’ investment in their new office headquarters at Pakefield.”

The Port of Lowestoft handles around 60,000 tonnes of cargo per year and more than 4000 Crew Transfer Vessel (CTV) calls in 2019. Together with ABP's other two East Anglian ports, Lowestoft, King’s Lynn and Ipswich, contributes £360 million to the UK economy.

Commenting on the successful new project, Andrew Harston, ABP Regional Director, Wales & Short Sea Ports, said: “Thanks to the hard work of our regional team, construction work on the new office building, which commenced in September 2019, ran smoothly and was completed on schedule.

“This means that our colleagues have access to a brand new and state-of-the art office, which will allow us to better serve the needs of the thriving energy sector in the region.”

This investment is part of an overall investment of more than £2.2  million  in the Port of Lowestoft in the last 12 months which includes £800,000 spend on a new pilot boat and facilities and over £1.4 million spent  on other improvements including IT upgrades including better wi-fi capability, new fencing and security  measures.

Located at the heart of the burgeoning offshore wind industry, the Port of Lowestoft offers customers close proximity to key offshore wind sites for construction, operations and maintenance.

More information about ABP’s role in supporting the UK offshore energy sector can be found at: https://www.abports.co.uk/locations/lowestoft/