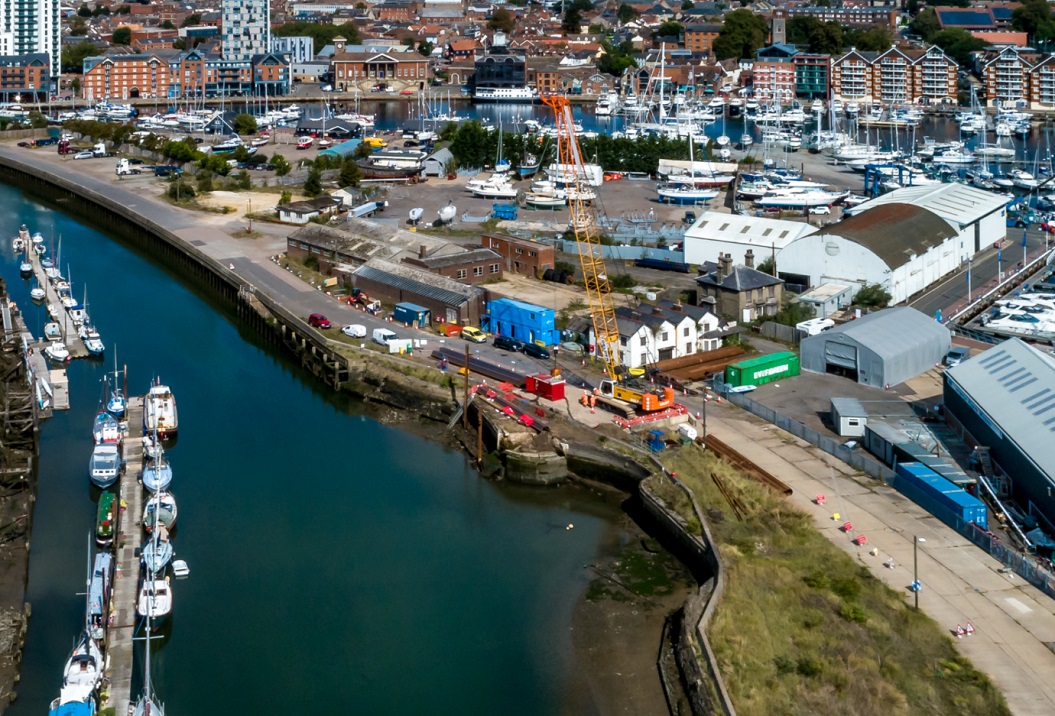 Associated British Ports (ABP) the UK’s leading and best-connected port operator, has invested £370,000 in a project to repair the ‘New Cut’ river wall in Ipswich, which will preserve the integrity of the historic wall.

Having been constructed in the 19th century, the ‘New Cut’ river wall used to be part of the old entrance to the Port of Ipswich Wet Dock. ABP will be repairing the 25-metre-long section of the wall, after it sustained damage during adverse weather and fell into the New Cut.

The work is expected to take around three months to complete and special attention will be paid to maintain the overall look of the river wall and ensure that the new section blends in over time. As part of the reconstruction, works will take place on site using a state-of-the-art piling crane.

ABP has appointed contractor JT Mackley, who have carried out considerable works in Suffolk already on the repairs and improvements to Lowestoft’s sea defences and promenade.

“We look forward to completing these repairs to the ‘New Cut’ river wall section before the winter period, so that it can continue to serve the Ipswich community as it has been doing for centuries.”

The Port of Ipswich is the UK's leading export port for agricultural products and together with ABP's other ports in East Anglia at King's Lynn, Lowestoft contributes around £360 million to the UK economy every year.