ABP Humber has donated £12,000 to Lincs and Notts Air Ambulance, as part of their Community Chest Fund. 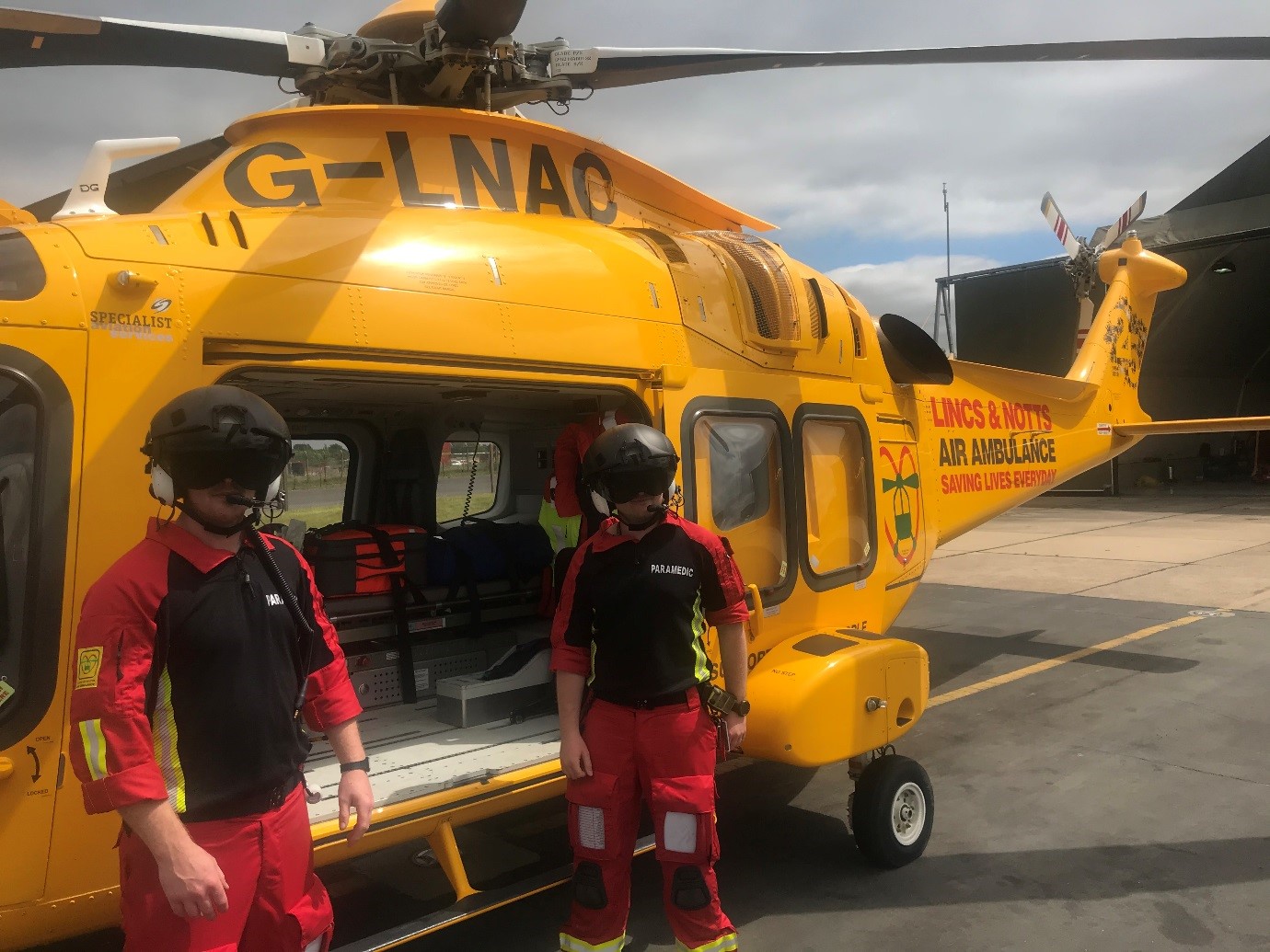 The donation has allowed the Charity to purchase six new in-flight helmets. Paramedics Alex Walker and Rob Fillmer show the new helmets in use.

ABP’s Community Chest Fund has been providing support for many charities on the Humber.

The Lincs & Notts Air Ambulance is one of the UK’s leading Helicopter Emergency Medical Service (HEMS) Charities, funded purely by the generosity of people like you.

Since 1994, Lincs and Notts Air Ambulances have flown over 20,800 potentially life-saving missions – providing pre-hospital critical care across Lincolnshire and Nottinghamshire. On average, they are dispatched to three missions every day.

At a time when every second counts, the arrival of the iconic yellow Ambucopter really can mean the difference between life and death. The Lincs & Notts Air Ambulance transports the equivalent of an A&E department to people suffering from the most serious of illnesses and devastating injuries, providing the best possible treatment as quickly as possible.

This incredible donation has allowed the Lincs & Notts Air Ambulance to purchase six Alpha 900 flight helmets. The new helmets, which are now being widely used by the team, provide in-flight protection for the crew and aid both communications within the Ambucopter and with the ground control team.

“It’s really great for us to be able to support local charities doing such vital work in the community. Lincs and Notts Air Ambulance save many lives and to be able to contribute to help keep them running at such a difficult time, is a real privilege.” Simon Bird Regional Director of ABP Humber

The previous helmets were several years old and were due to be replaced. This investment in new equipment has not only replaced the older helmets, but it has also allowed the Charity to purchase additional helmets for new crew members.

Chris Bailey, Air Operations Manager at Lincs & Notts Air Ambulance, said: “We’re extremely grateful for this donation from ABP. As we receive no direct Government funding, we rely on the kindness and generosity of local business and communities to help keep us flying.

“Our helmets were in need of replacing and this donation has allowed us to purchase new helmets that are comfortable and safe, protect hearing and aid in-flight communications between our crew, helping them to prepare for any incidents they are dispatched to. The helmets are also fully compatible with our night-vision goggles, ensuring that our crew are equipped to fly both day and night.”

Simon added: “ABP are proud to support the local community, with over 1000 colleagues from around the area, we believe it is very important to give back when we can.”