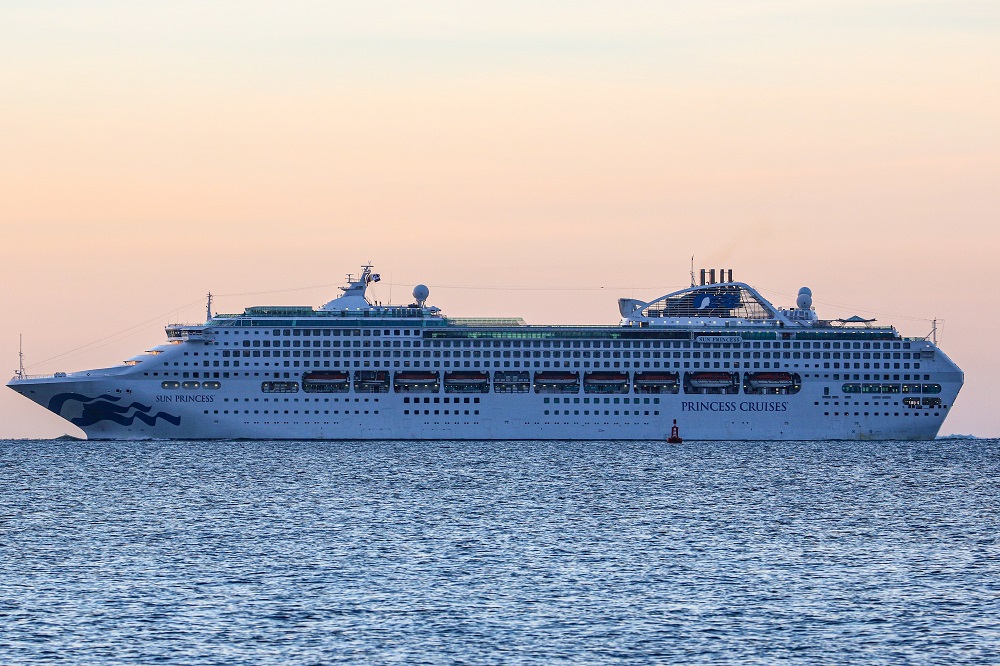 The Port of Southampton has welcomed the Sun Princess cruise ship on her maiden call.

A traditional plaque and key ceremony took place on board the ship to mark her first call to Europe’s leading cruise turn around port. Alastair Welch, Port Director, and Craig Barbour, General Manager, took part in the official exchange with the ship’s Captain.

The plaque and key ceremony is a tradition for all vessels on their maiden call to the port. It has its roots in the medieval history of Southampton, when visiting ships bringing business to the city were given the keys to the city walls. This is where the term ‘plaque and key’ originated from during the 1300s.

At her maximum capacity, the Princess Cruises ship can accommodate 2,000 passengers. The Sun Princess is the lead ship of her class, she was built in 1995 in Italy and has added Southampton to her itinerary for a one-off transit call this season. She is on a 98-day voyage from Tokyo to Kobe visiting Dublin after her call in Southampton.

Alastair Welch, Port Director, said: “We are delighted to welcome the Sun Princess on her maiden call to Europe’s leading cruise turn-around port. She is one of 11 cruise ships making their maiden call to the port this year which is great for the port and the city.”

Transit calls provide a welcome opportunity for international passengers to visit the city taking in its rich maritime heritage. Southampton typically welcomes around 2 million passengers each year into the port generating around £2 million for the economy on each visit.