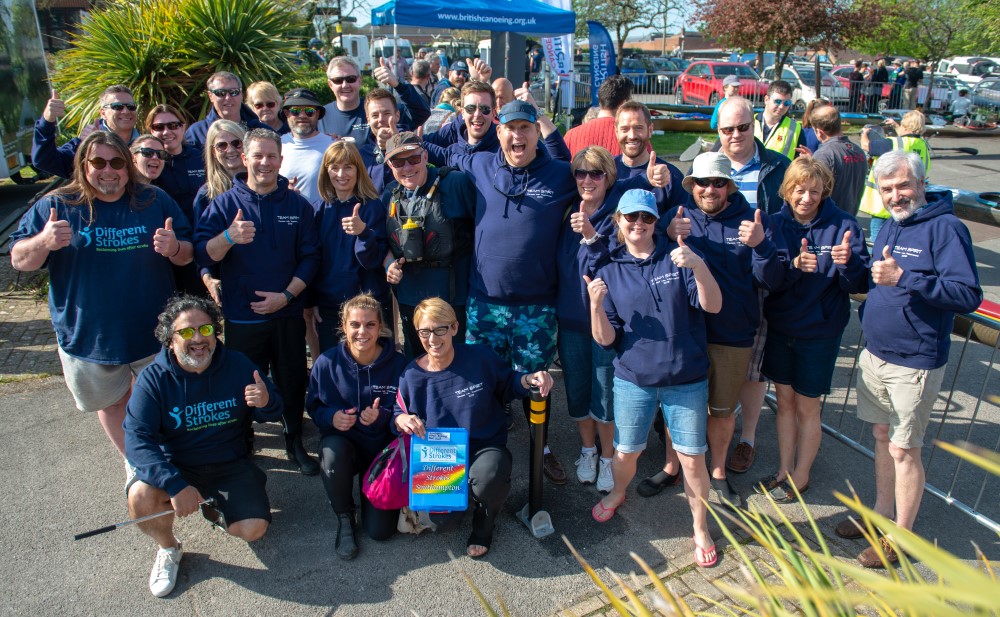 It’s a severe test of physical and mental strength and stamina which involves paddling non-stop for over 30 hours day and night.

On Saturday 20 April, ABP Team spirit began the race in their pairs and the Different Strokes Team were on hand to support them at the start line.

The race is so tough that depending on the weather every year, up to half the entrants who attempt the challenge do not complete the course and this year the soaring temperatures throughout the weekend made the race particularly exhausting.

Every member of ABP Team Spirit pushed themselves to the limit throughout the race, battling on despite the heat and gave their all to the challenge. With aching shoulders, elbows, wrists and no sleep, the team used their months of training to pull together and overcome the ups and downs along the way.

Despite the relentless heat, two boats out of the five from Team Spirit managed to reach around the 100-mile mark. This was an amazing achievement for Thea George (Safety Management Systems Manager), Jim Ritchie (Pilot) and Neil Kittow (Team Leader Mechanical) and his stepdaughter Bex Browning.

Against the odds, two boats managed to achieve the ultimate goal and cross the finish line just downstream of Westminster Bridge, opposite the Houses of Parliament in London. Chris Thompson (Patrol Launch Coxswain) Brian Butcher (VTS Operator) from boat 351 and Mike Savaria (Pilot) and Jason Losty (Pilot) who paddled in boat 355 completed the 125-mile course.

“We knew this was never going to be an easy challenge so to have two boats make it to Westminster and another 2 make it to around the 100-mile mark is testament to the months of training the team have put in. Everyone gave their all and pushed themselves to their mental and physical limits. For this reason, I am very proud of the whole team. The weekend has been a roaring success for all of ABP Team Spirit and we want to thank everybody who has supported us through this memorable journey.

A heartfelt thank you to all of our generous sponsors who have supported us with fundraising for Different Strokes Southampton. The grand total is yet to be announced but we are very close to our target of £10,000 for the ABP Southampton charity of the year.”

“This is the sixth year we’ve had a team from ABP Southampton take part in the Devizes to Westminster Canoe Race and I’m extremely proud of the hard work and commitment shown by every member of ABP Team Spirit. I’m also delighted by the level of support the team has received with fundraising for Different Strokes Southampton and the difference this money will make in supporting stroke survivors across Hampshire.”

Congratulations to all the ABP Team Spirit challengers:

You can still donate here https://uk.virginmoneygiving.com/Team/ABPTEAMSPIRIT

You can find out more about Different Strokes Southampton by visiting their website.