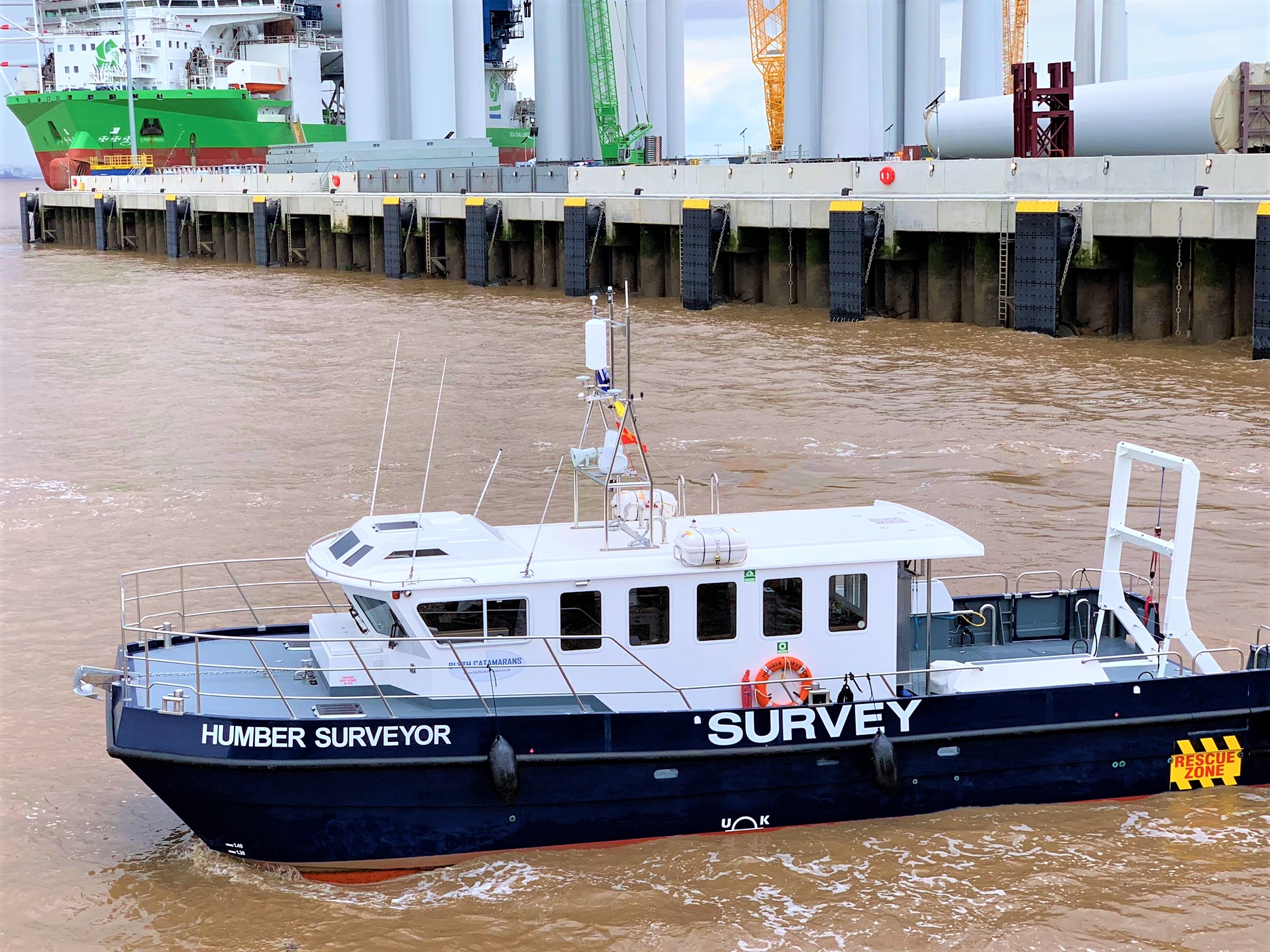 The new Humber Surveyor joins the fleet of survey vessels on the Humber Estuary.

ABP Humber Estuary Services (HES) has purchased a new £600,000 survey vessel. The Humber Surveyor has joined the survey fleet that includes the Humber Sounder and the Humber Charter.

The Humber Surveyor is fully equipped with first-rate survey technology including a £200,000 multibeam sonar, two single beam sonars, side scan and forward scan sonar. The kit is capable of three dimensionally mapping the ever-shifting sediment within the Humber Estuary. The vessel is also able to digitally model marine structures such as quaysides, buildings, bridges and even shorelines utilising a laser scanner mounted to the roof.

The Humber Estuary drains one fifth of the area of England and the movement of channels within the Estuary is a continuous process.

Each year, HES undertakes over 600 individual surveys and due to the rapidly changing river bed, some surveys need to be completed on a weekly or fortnightly basis. The resulting survey charts are then distributed and annually more than 5,000 copies are made freely available to all river users. The information displayed on the charts is fundamental to the safe movement of over 33,000 vessels on the Humber Estuary every year.

The Humber Surveyor was built over the last year by Blyth Catamarans in Essex, and ABP HES took delivery in early June. The vessel is complimented by the Humber Scout, a high-performance rigid-hulled inflatable boat (RHIB) that can be lifted on-board larger vessels and delivered to site. The Humber Scout is the smallest coded multibeam-capable vessel in the UK. Its size and manoeuvrability enable HES to survey areas as far upstream as Gainsborough, where the River Trent can be too shallow for a larger vessel. By using the Humber Scout in this area, a survey can be completed in two days rather than nine.

Simon Bird, Regional Director for ABP Humber said: “This new state-of-the-art vessel will ensure we continue to map the Humber Estuary efficiently, providing essential information to those navigating the estuary.”

The HES team, comprising of the Hydrographer Humber, three Coxwains and five Hydrographic Surveyors, are responsible for surveying over 145 square miles of the rivers Humber, Ouse and Trent. Along with providing essential information to allow safe navigation, the team and their surveying fleet also carry out contract survey work for third parties. For more information, contact [email protected].