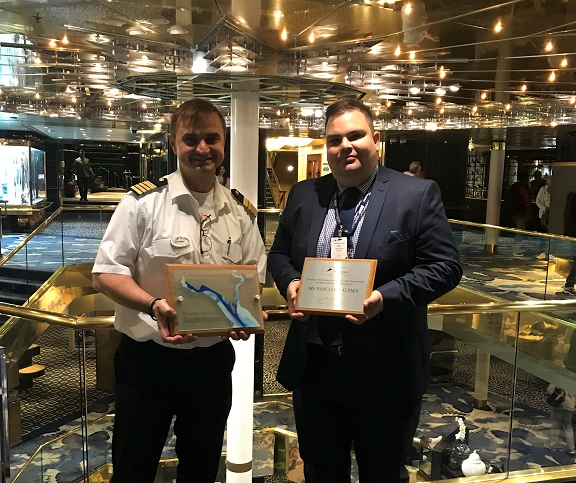 This week saw two cruise ships make their maiden call at the Port of Southampton. Cruise and Maritime’s Vasco de Gama arrived at the port on Tuesday 27 August and Oceana’s Riviera arrived on Wednesday 28 August.

As is tradition for cruise ships making their maiden call at the port, a plaque and key ceremony was held on board the ships the mark the official welcome to the city.

Europe’s leading cruise turn around port welcomes around 500 cruise calls each year and in 2019, the number of cruise ships calling for the first time increased by 27% from the previous year.

Port of Southampton Director Alastair Welch, said: “We are delighted to welcome these cruise vessels on their maiden calls, again proving Southampton’s position as a leading destination for world-class cruises. As well as our more usual turn-around calls, Southampton is a great city for transit calls with a lot of culture and history to offer and we’re pleased to continue to attract calls of this calibre.”

Every cruise call is estimated to be worth £2million to the economy.