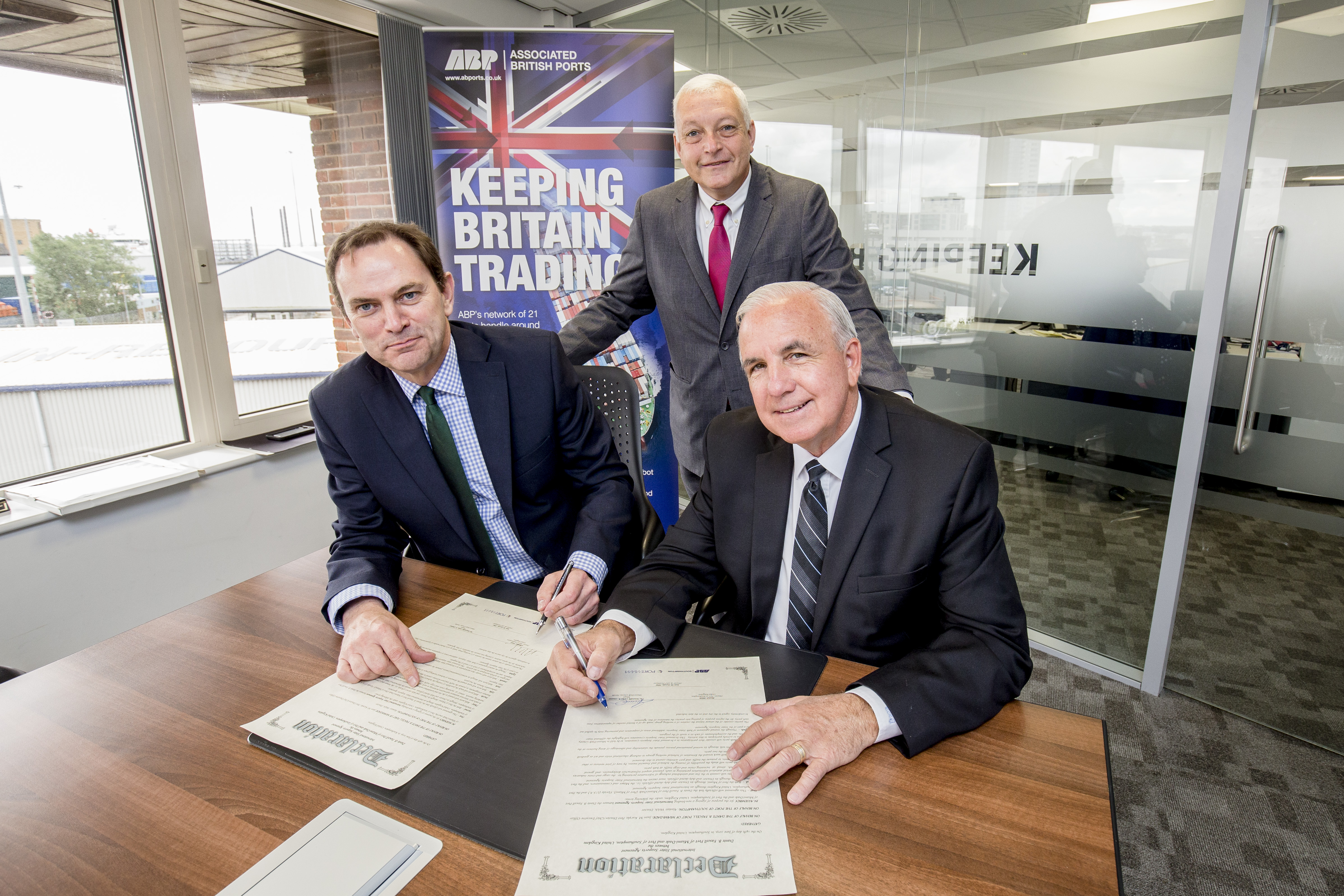 The Port of Southampton and PortMiami signed a sister port agreement during a visit from a delegation of officials from the Florida-based port and Miami-Dade County.

During the visit, a city twinning agreement was also signed at the Mayor’s Parlour at the Civic centre.

The agreement officially links two of the world’s leading cruise ports and opens channels for cruise industry best practice in their respective areas.

Alastair Welch, Director at Port of Southampton, said: “We are pleased to be officially linked with our friends at PortMiami and hope we can mutually benefit from lessons learned around successes seen on both sides.”

Juan Kuryla, Port Director at PortMiami, said: “Miami-Dade County and Southampton have much in common. Our ports are both leaders in trade and tourism through our cargo and cruise activity. I look forward to growing our relationship as sister cities and sister ports through the strengthening of our cultural and commercial ties, and I anticipate the development of economic opportunities for us both.”

Councillor Christopher Hammond, Leader of Southampton City Council said: “Like Southampton, Miami is a gateway to the world, and for hundreds of years people and goods have come to this confident and open maritime city to trade and visit.

"Forging a new partnership with Miami is a natural step — linking up with another innovative global port city. Southampton is at the forefront of discovery and trade, leading on the development of new relationships with international partners and investors.

"The UK has always taken a leading role in responding to global challenges and in making the most of opportunities. Now, more than ever, Southampton has a leading role to play in enhancing our global standing, reinvesting in our relationships.”

The Port of Southampton welcomed more than 2 million cruise passengers each year and brings £2 million into the economy with every cruise call.