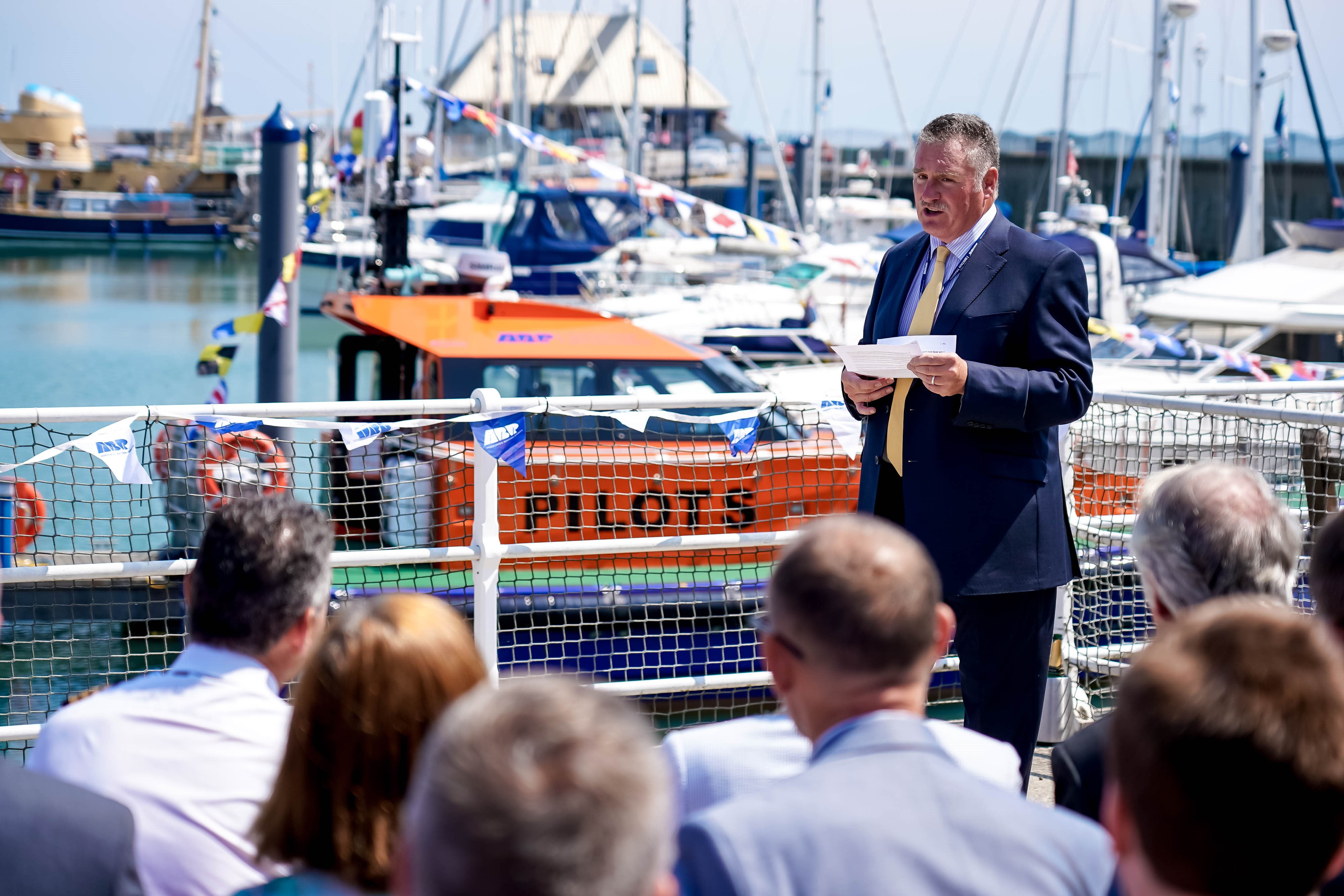 Yesterday, the Port of Lowestoft hosted an official naming ceremony to launch its new state-of-the-art pilot boat, the ‘Kingfisher’, which represents an investment of £670,000 in port equipment.

Opened by Tim Jenkins from the Lowestoft Fishermen’s Mission, the ceremony included a traditional blessing ritual and champagne christening. During the day, guests were also provided with a chance to view the 12-metre vessel up close as well as enjoy a first-hand experience with a trip around the harbour.

The christening ceremony was followed by formal speeches by the Mayor of Lowestoft, Alice Taylor and ABP’s Wales and Short Sea Ports Director, Andrew Harston, which were held at Royal Norfolk & Suffolk Yacht Club (RNSYC).

This latest addition to ABP’s Lowestoft fleet, in combination with new pontoons and facilities for the boat, brings ABP’s total investment in equipment and infrastructure at the Port of Lowestoft in recent months to £800,000.

Andrew Harston, ABP’s Wales and Short Sea Ports Director, said: “We are delighted to welcome the Mayor, our customers and Goodchild Marine Services Limited to this celebration of our new pilot vessel, the ‘Kingfisher’.

“The new vessel provides the combination of speed, significantly improved fuel efficiency and enhanced safety standards and features compared with previous models and we are proud to use the engineering knowhow and innovation from a skilled local manufacturer. By investing in our capabilities, we make sure that the Port of Lowestoft stays up-to-date and can continue to offer the very best services available to our customers.
Goodchild Marine is a Norfolk-based, family-owned business, commissioned by ABP to build the new pilot boat in October 2018. Alan Goodchild, Managing Director of Goodchild, was also a guest of honour on the day.

Alan Goodchild, Goodchild Marine Services Limited, said: “It’s been a privilege to continue our long-standing relationship with ABP and The Port of Lowestoft, having built the last pilot boat Osprey nearly 25 years ago.

“The project has helped to secure industry prosperity and safeguarded existing local jobs throughout all stages of construction, maintenance and operation.

“Kingfisher is the first of its size for the UK and benefits from all the features of Goodchild Marine’s flagship ORC range, which is designed to achieve the highest standards of quality and performance.”

Earlier this year, ABP sponsored a local school competition to find a name for the new boat in collaboration with St Mary’s Roman Catholic Primary School in Lowestoft, which saw the participation of around 200 pupils. The winning name, ‘Kingfisher’ was chosen in line with the Port of Lowestoft’s tradition to use bird names to name new equipment at the port.