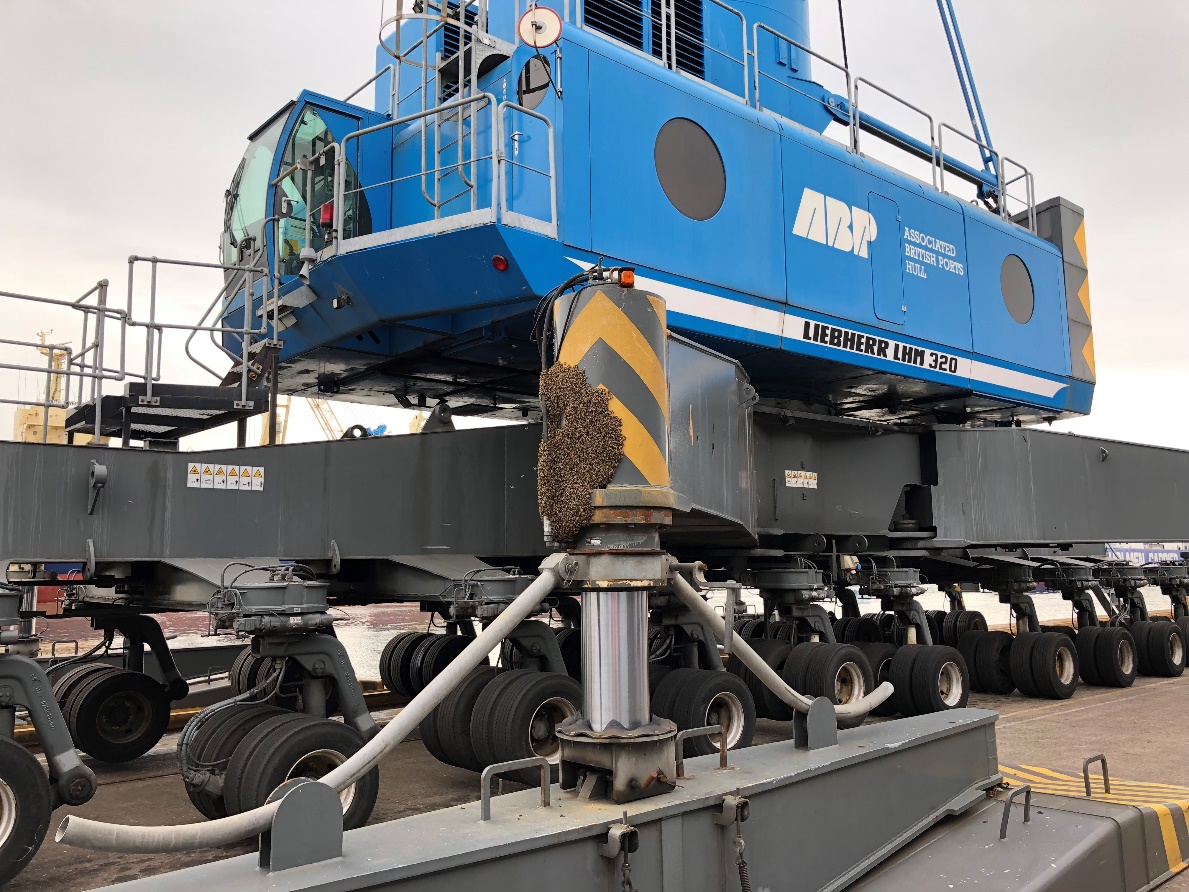 An ABP Engineering team had a surprise waiting for them as they arrived on site to service the Liebherr Mobile Harbour Crane, at the Finland Terminal on the Port of Hull.

A swarm of honey bees decided to cluster on the leg of the crane. Swarms are most common in the spring, when a large single colony separates into two. Scout bees will venture from the cluster to find a new nest site. They didn’t have to wait too long as Martin Downey, General Manager at the Port of Immingham’s Bulk Terminal, is a bee keeper.

Dressed in a protective bee suit, Martin surveyed the site. Whilst it can be quite daunting to see a swarm of honey bees, they are relatively docile when swarming, having had a good feed before setting off - they take on as much honey as they can to sustain themselves until the scouts find a suitable new home.

Martin set in place a breathable cardboard box close to the bees, and laid a light tea towel underneath. Bees are attracted to the contrast in light and dark, and after some initial coaxing, the bees started to make their way into the temporary hive, that would enable Martin to move them to a safer location.

That evening, Martin took the bees home and resettled them into a new hive. The swarm took some time to establish themselves on the hive frames, but later they began to forage and thrive.

Simon Bird, Regional Director for ABP Humber said: “We strive to minimise the impact of our port operations on the environment. Playing an active role in undertaking biodiversity surveys and managing the wilder parts of the Humber port estate is just part of this work. Improving our overall environmental performances to reduce waste and create our own energy through solar rooftop installations is also a key part of our effort.”