Different Strokes Southampton has been announced as ABP Southampton’s Charity of the Year for 2019. The local charity offers support services to stroke survivors across Southampton and the surrounding areas and was chosen following a vote by ABP employees 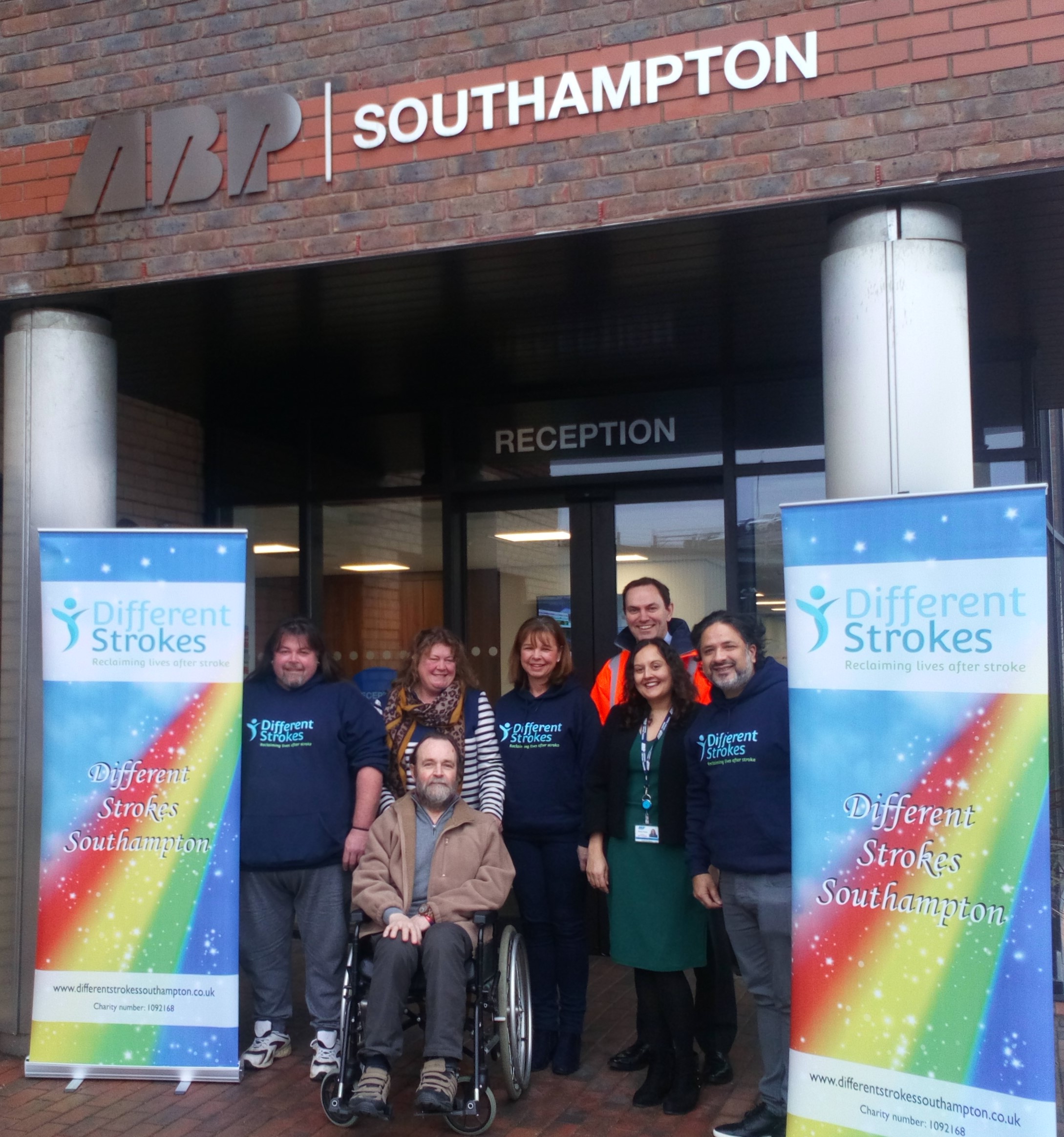 Each year ABP Southampton selects a single charity to give staff a focus for their fundraising efforts during the year. Charities who have a strong presence in Southampton or Hampshire are nominated by employees and then all employees are given the chance to vote for their preferred charity.The Different Strokes team recently met with Port Director Alastair Welch to give a further insight into the charity’s important work as well as to discuss fundraising plans for the year ahead.

“We were delighted when we received the call from ABP Southampton to say that we had been chosen as their charity of the year for 2019, especially as this was voted for by ABP employees.

“When most people think about stroke survivors there’s a tendency to assume that strokes mainly affect older people, so we are keen to raise awareness of the risk of stroke in younger people.

“We are so excited to have been chosen as ABP Southampton’s Charity of the year and we look forward to working closely with the ABP team to raise awareness of stroke in younger people and hopefully also raise crucial funds to support the work of our charity in the process.”

“Everyone at the port is really proud of our fundraising record to date and the difference we’ve been able to make to the work of some fantastic Hampshire charities. The team here invest a lot of effort and dedication into fundraising and they are already hard at work planning fundraising events to support the invaluable work of Different Strokes Southampton.

“It was a pleasure to meet the team from Different Strokes Southampton. They are an inspiring and remarkable group of individuals and hearing them share their personal experiences of stroke and learning to readjust after such a life-changing event showed a real sense of strength and courage through adversity. We can’t wait to begin fundraising to support the important work of this charity.”

Last year the ABP Southampton team took part in events such as a Devizes to Westminster Paddle challenge, a charity golf day and a parking collection during Southampton Boat Show to raise over £13,800 for the Hampshire and Isle of Wight Air Ambulance.

You can find out more about Different Strokes Southampton by visiting their website.