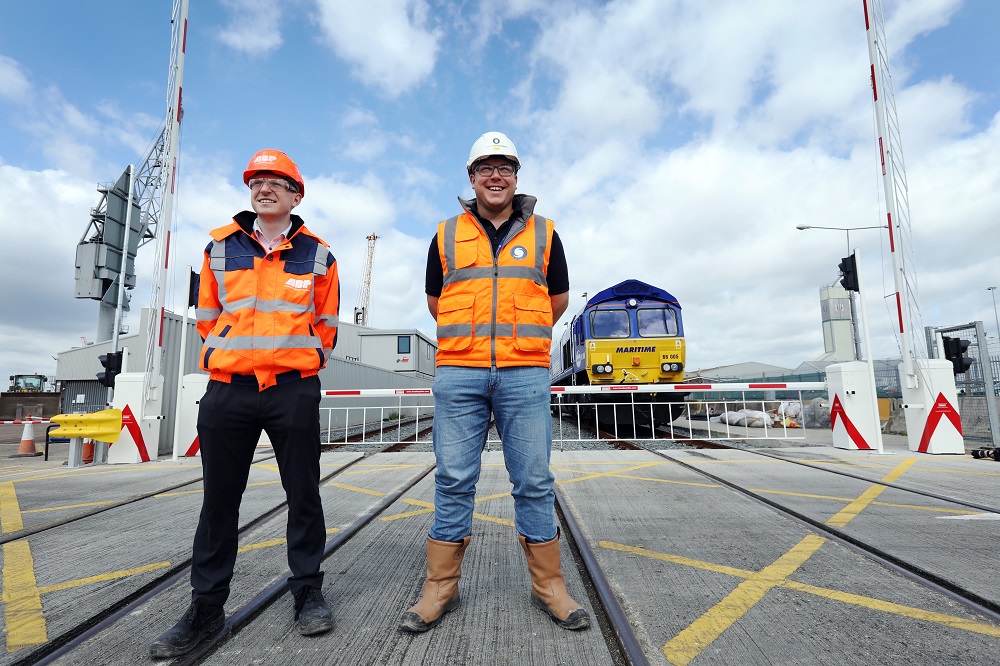 A project to lengthen the tracks at the Port of Southampton’s Solent Rail Terminal has completed and aims to reduce lorry movements in the city by 180,000 each year.

As part of a commitment to improving air quality in the port and for the city, Solent Stevedores and ABP Southampton have partnered on this scheme to extend the track by 70 metres so that two 645-metre container trains can be serviced simultaneously. Previously only one shorter train could be accommodated at the terminal at a time.

This investment also ensures the port can continue to accommodate the growing demand from customers wishing to use rail as a preferred method of cargo shipment.

ABP Southampton works closely with its port partners to promote sustainable operations and this project is part of a key commitment from ABP Southampton’s Air Quality Strategy that was published last year.

Alastair Welch, ABP Southampton Director said: “We are continually investing in our infrastructure and facilities and alongside our partners at the port, we strive to operate in the most sustainable way possible.

“Expanding the rail freight offering at the port is great news for air quality.”

Tom Dynes, Operations Director at Solent Stevedores said: “Since we took on the site in 2016, we have worked hard and invested heavily to improve the operation and service provided to our customers.

“The impact this project has had on our capacity to meet demand is substantial.”

The Solent Rail Terminal at the Port of Southampton services 1,600 container trains each year. In total, the port handles more than 1.9 million TEU (Twenty-foot equivalent units) every year.