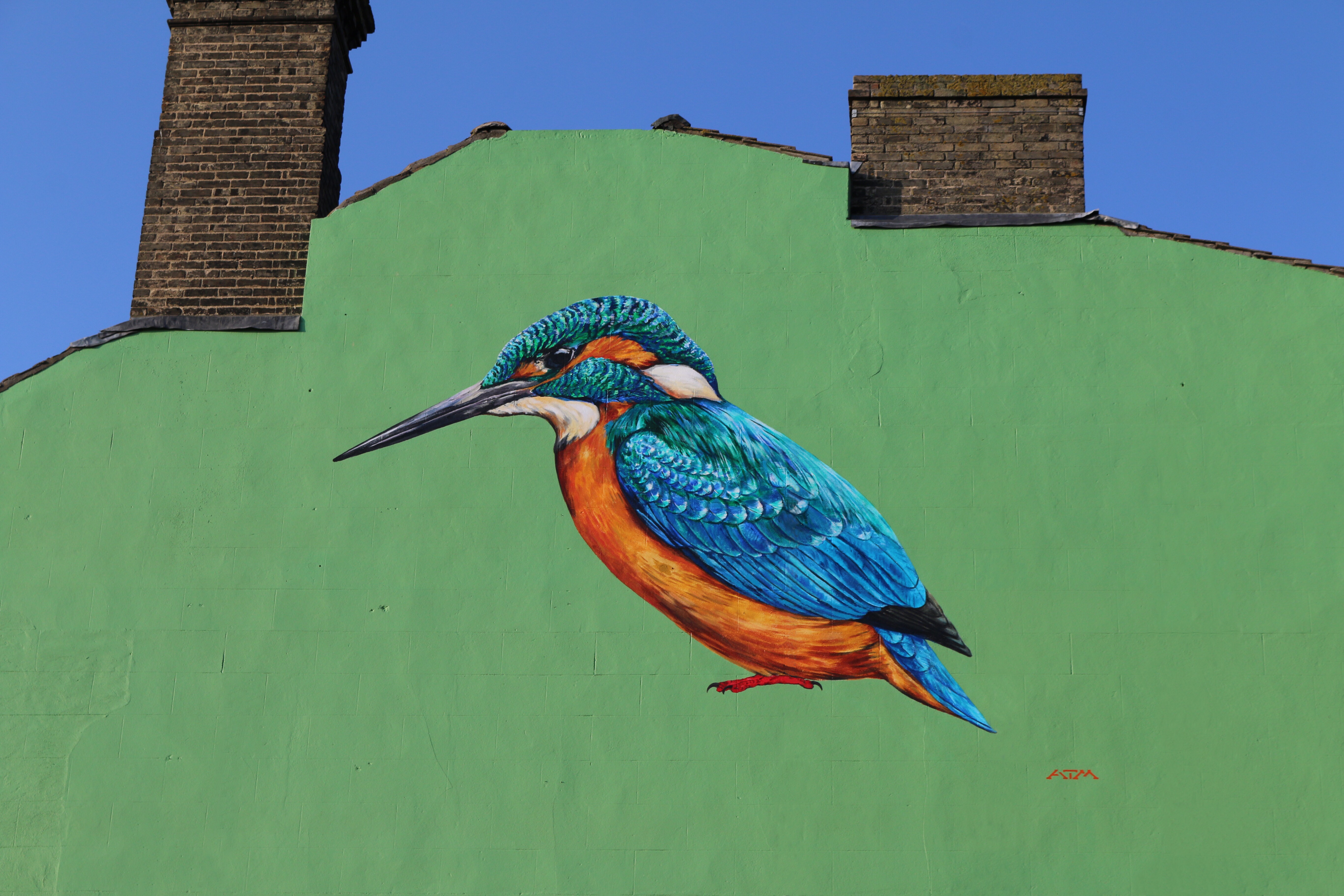 ABP has donated £1,500 to the Suffolk Wildlife Trust to help create a new mural for Lowestoft town centre, as part of its ongoing efforts to support local community and wildlife.

This Kingfisher mural will be part of a new wildlife art trail across Lowestoft town centre, which includes two previous ATM murals of a marsh harrier and a barn owl, both of which are local to the area.

ATM is a well-known street artist who has also created this latest mural, which is of a Kingfisher, a species of bird that can be found locally at Carlton Marshes. Members of the public will be able to enjoy the bright colours of the mural, as they walk down Commercial
Road in Lowestoft.

Due to the height and position of the mural, ABP collaborated with local businesses,
including Suffolk Fire Service, to ensure the safety of the artist and volunteer painters.

Paul Ager, Divisional Port Manager for ABP said: “We were proud partner with the Suffolk Wildlife Trust to support this local initiative which will bring colour to the centre of Lowestoft and raise awareness about local wildlife.

“Our new pilot boat in Lowestoft, which is part of an £800,000 investment, shares its name
with ATM’s Kingfisher and reflects our ongoing commitment to the environment.”