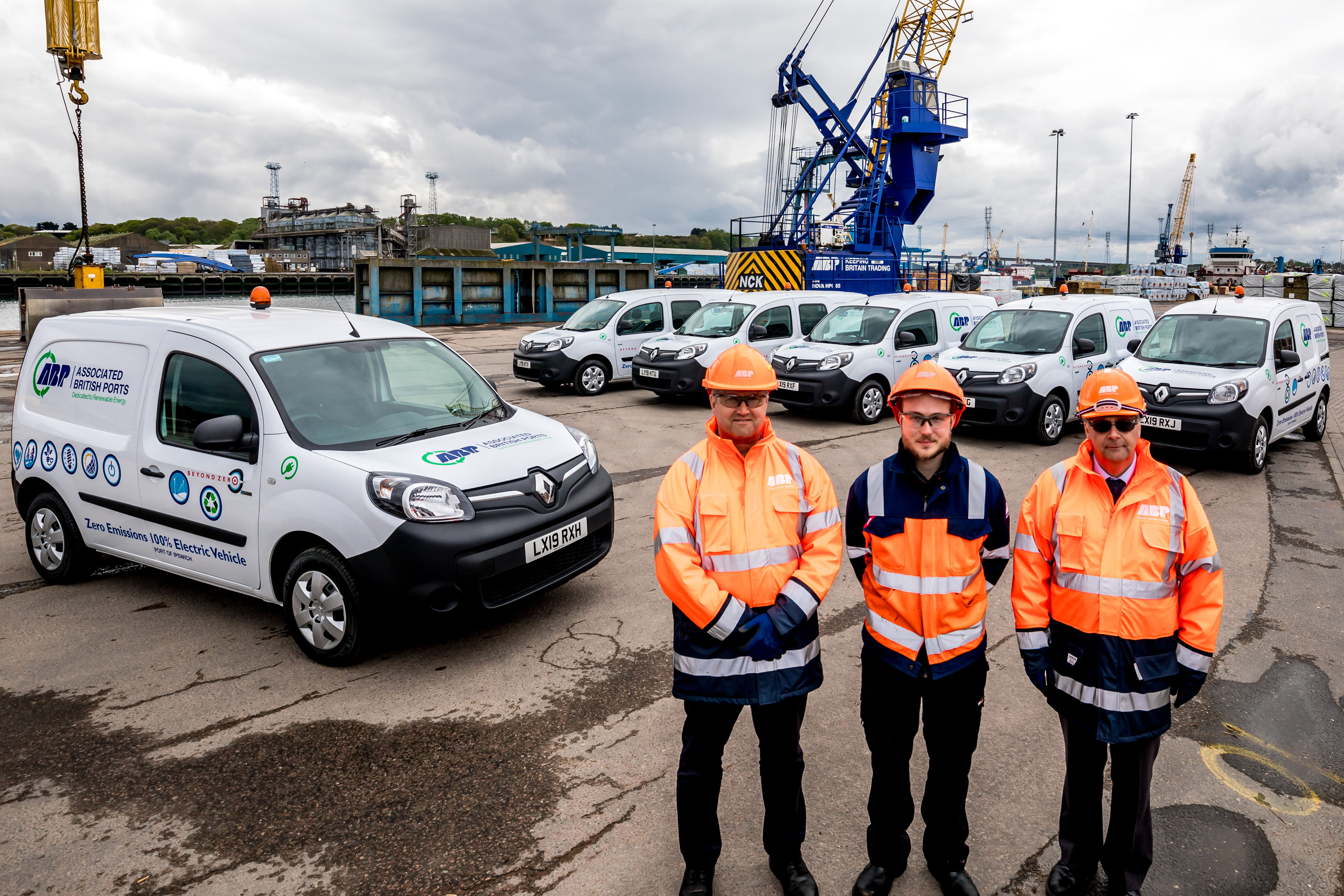 Associated British Ports (ABP) has recently announced an investment of more than £120,000 in a new fleet of electric vans to be deployed at its East Anglian Ports of Lowestoft, Ipswich and King’s Lynn.

Out of the six new vehicles, four will be allocated to the Port of Ipswich, with the remaining two being shared between the Ports of King’s Lynn and Lowestoft. Nevertheless, they will be able to travel between each of the three East Anglian ports on a single charge.

Andrew Harston, ABP Short Sea Ports Director, said: “The introduction of this new fleet of electric vehicles to our East Anglian ports is part of our five year plan to develop sustainable sources of power and reduce our overall carbon footprint. “The new vans will reduce emissions and help improve local air quality, whilst also helping us to operate more efficiently.” Together with ABP’s ISO50001 certification, this latest investment demonstrates that all aspects of energy efficiency, fuel types and air quality are taken into consideration when new equipment purchasing decisions are made.

In 2018, the Port of Ipswich generated 970MWh of electricity from its solar panel installations, which would be enough to power 300 electric vehicles for an average of 10,000 miles a year.

Alan Tinline, ABP Head of Environment, said: “We are proud of our teams in East Anglia who have worked tirelessly to make their ports’ operations more sustainable in recent years. As one of East Anglia’s major employers, we are keen to play an active role is securing the region’s greener future.”