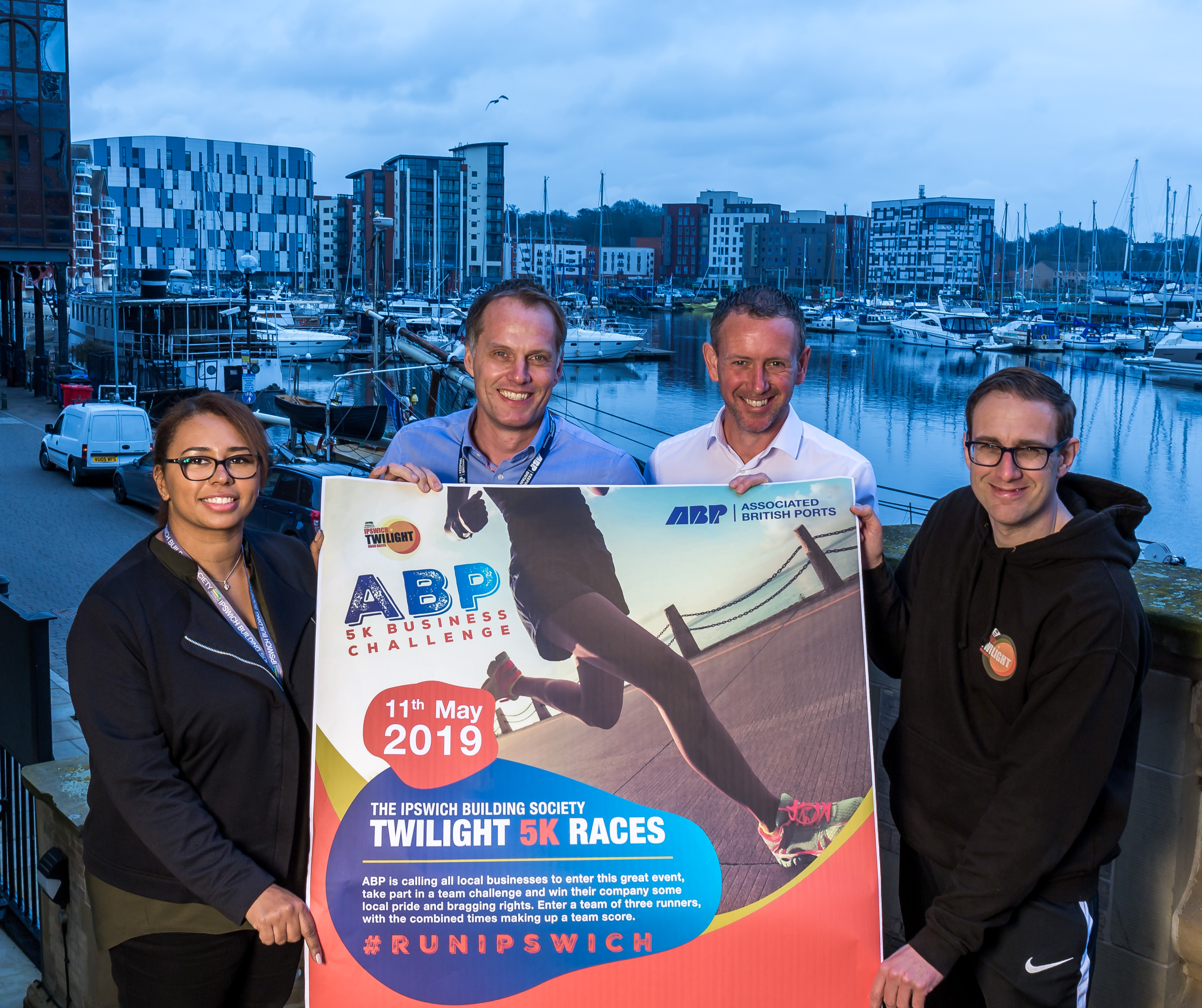 ABP’s Port of Ipswich and Ipswich Building Society have launched the ABP Business Challenge this week.

After a successful first year in 2018 the Twilight Races, which will take place on the 11th May 2019, once again promise to be a great day of racing. The Twilight 5K is popular amongst top British athletes, local running clubs and family fun-runners alike. Around 1200 runners are expected to race, with many more visitors attending to cheer on the local competitors.

Organised by the Ipswich Jaffa Running Club, the runners will hit the pavements around the Ipswich Waterfront, taking in the marina views, but it also includes a route round the port estate, including Wet Dock, with the race finishing on Orwell Quay.

“We are so pleased to have the support of ABP for this event, and we would encourage local businesses to enter for their chance to be a part of what promises to be a fantastic event.”

“ABP is delighted to sponsor the Twilight 5K Business Challenge once again. We look forward to welcoming the runners and visitors to Ipswich Waterfront, as well as seeing ABP compete against many other local businesses in May.”

To book your place in the Twilight 5K and the ABP Business Challenge, please visit www.runbritain.com or see http://ipswichtwilightraces.com/ for more information.