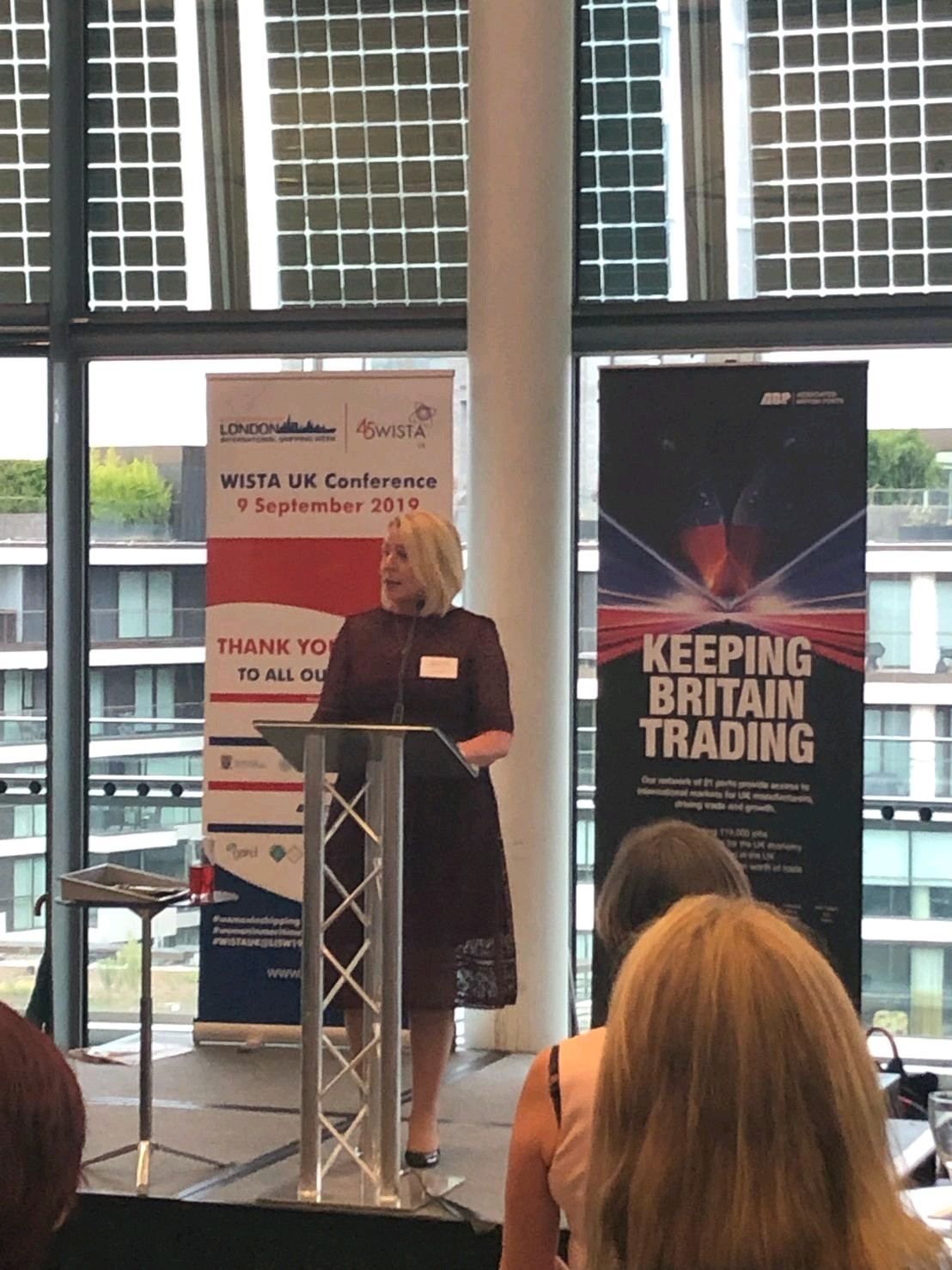 Associated British Ports (ABP), the UK's largest port operator, teamed up with the Women in International Shipping and Trade Association (WISTA UK) to organise a reception to promote the ongoing effort to drive gender diversity across the maritime industry. The event celebrated the progress made to date and discussed ways to accelerate this momentum.

Emphasising ABP's commitment to diversity, ABP's Chief HR Officer, Alison Rumsey, said: “We are delighted to be partnering with WISTA UK to promote diversity and inclusion in the maritime industry.
“Diversity is of paramount importance to ABP. We fundamentally believe that organisations are much stronger when different voices are heard and points of view are listened to. As part of our commitment, we worked with Maritime UK to launch the Women in Maritime Taskforce Charter in September 2018, to which more than 110 companies are currently signed up, pledging their commitment to achieving greater gender diversity.”

Guests were also able to see a stand exhibiting the new range of exclusive women's Personal Protective Equipment (PPE), which ABP became the first operator to launch in July 2019. In addition, Anchor Safety, the company which worked with ABP to design and produce the new range, were available to answer any questions and share advice and best practice with other companies interested in following ABP's positive example.

During the previous session of LISW in 2017, ABP and WISTA UK collaborated to run a similar event which many leaders in industry attended, which helped lay the foundations for current initiatives.

Speaking about the significance of the event, Sue Terpilowski, said: "We were excited to team up with ABP for a second time during LISW to promote the importance of better career opportunities for women in our industry.

"While a lot has been achieved since the last time we stood at the top of City Hall in 2017, including the establishment of the Women in Maritime Taskforce and an online speaker bank made up of women who are experts in their fields, we have more work to do. That is why we look forward to working with organisations in the sector to push for even greater strides in the right direction."