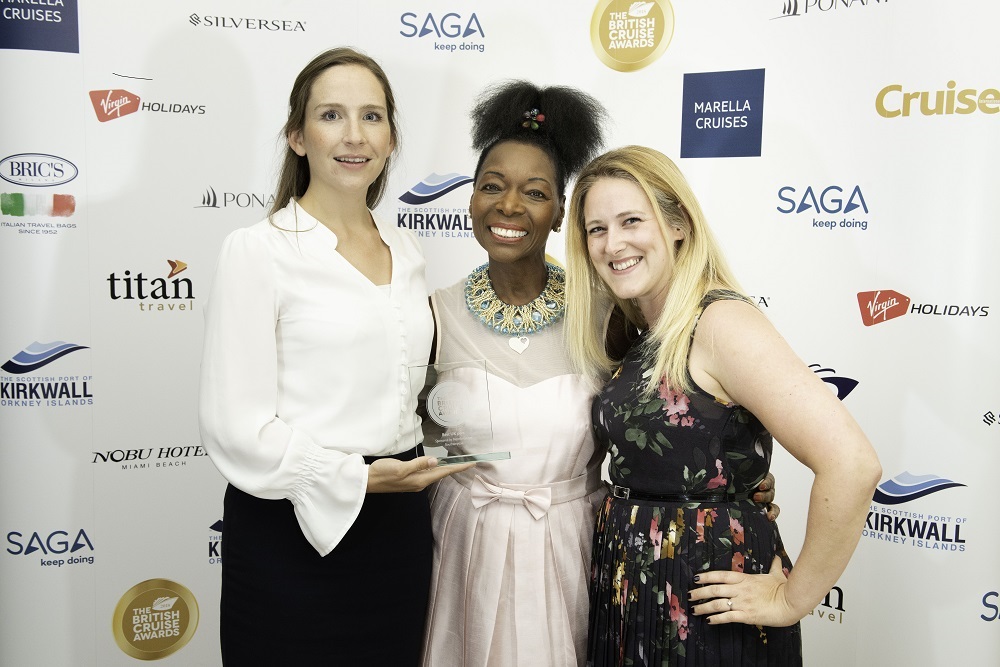 The award was sponsored by Marella Cruises and was presented by their Managing Director, Chris Hackney at a glittering ceremony held at the House of Lords.
Now in their eighth year, The British Cruise Awards are the most prestigious consumer awards celebrating the very best of the cruise industry. Run by Cruise International, officially the UK’s best-selling consumer cruise magazine and part of the award-winning Chelsea Magazine Company, The British Cruise Awards are important because they’re voted for by the people who matter most – holidaymakers.
It is the second year running that the port has been honoured in this way. ABP Southampton Commercial Manager Rebekah Keeler and Head of Landside Operations Liz Stokes received the award on behalf of the port.

“We were delighted to be recognised by the readers of Cruise International and the guests who regularly take cruises from Southampton.
“It was a fantastic event that covered the full breadth of the excellence within the cruise industry as a whole.”

During August, the port community in Southampton together with cruise partners and the city council, pulled out all the stops to welcome more than 60 cruise calls bringing 340,000 passengers – and a multi-million pound boost to the local economy.