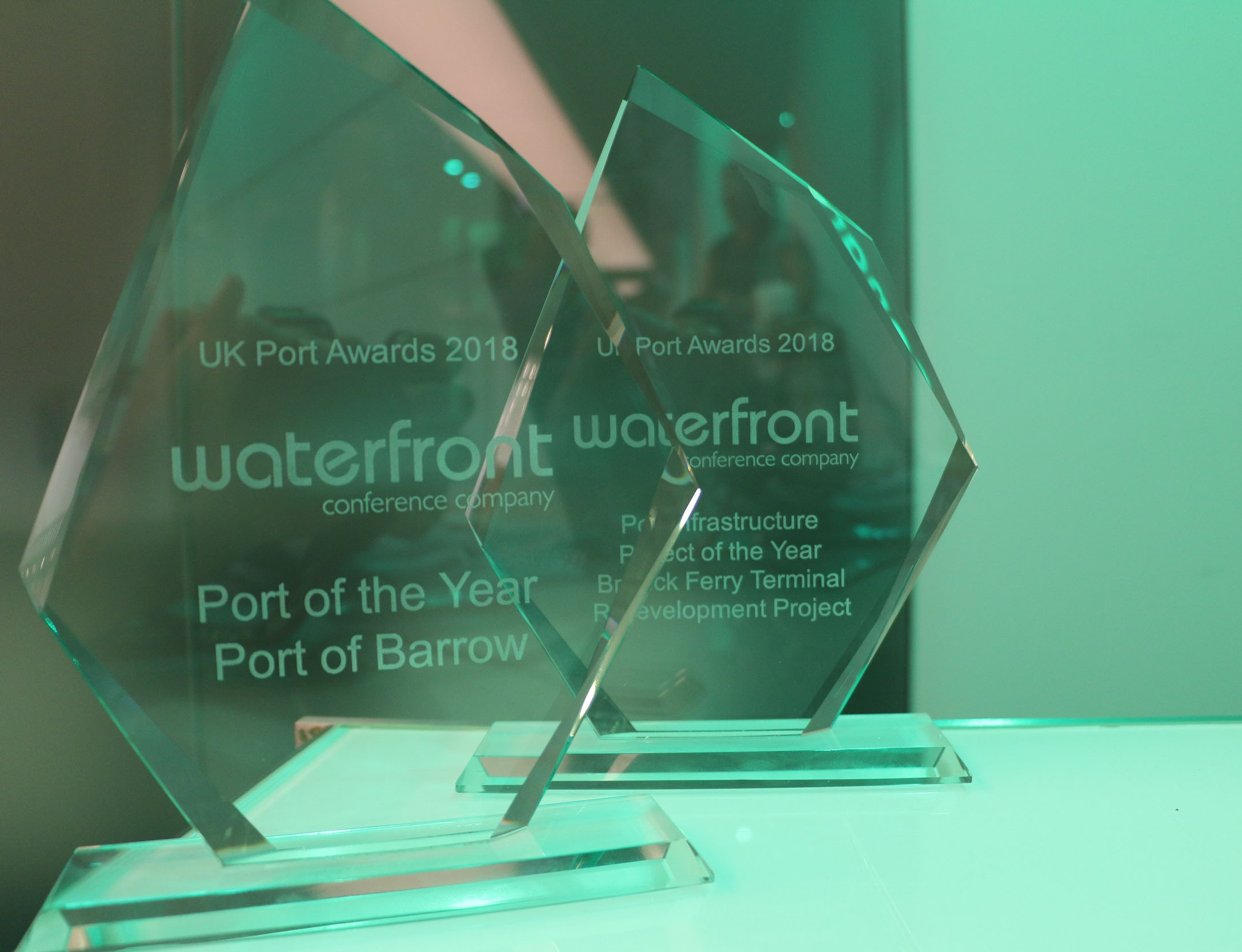 The Cumbrian Port of Barrow has won the prestigious Port of the Year Award at this year’s 10th annual UK Ports Conference organised in the heart of London.

One of a number of categories, the Port of the Year Award was open to all ports and terminals across the UK that could demonstrate both optimum operational performance and outstanding customer service in the last 12 months. Two ABP ports – Barrow and Southampton made the final shortlist, with the Port of Barrow ultimately scooping first prize.

The panel of judges consisted of esteemed industry experts, specially selected for their wide-ranging and in-depth experience and knowledge of the sector, including Tim Morris, Chief Executive of the UK Major Ports Group, Craig Huntbatch, Business Line Director at Royal HaskoningDHV and Carly Fields, Editor of Port Strategy magazine.

“The hard work and dedication of personal time of Port of Barrow’s staff to organise the street parade demonstrates pride in their work place.

“This is a great example of how a port really engages with its community and successfully celebrates its heritage while at the same time setting a positive outlook for the future.”

The Port of Barrow was recognised largely due to its successful community engagement campaign, which was organised to celebrate its 150th anniversary in 2017 and saw awareness about its economic contribution and bright future increase among the local community.

“We were delighted that our efforts to create a memorable 150th anniversary campaign have been recognised by the wider maritime industry.

“This success wouldn’t have been possible without the hard work put in by all of our colleagues at the Barrow port office, who have raised awareness of the cultural and economic importance of the port for the Cumbrian community. It is great to see their efforts being recognised.”

Together with its sister Ports of Garston, Silloth and Fleetwood, ABP’s port of Barrow supports more than 8,100 jobs in the North West and contributes more than £550 million to the UK economy every year.