ABP’s Port of Immingham, the UK’s biggest port by tonnage 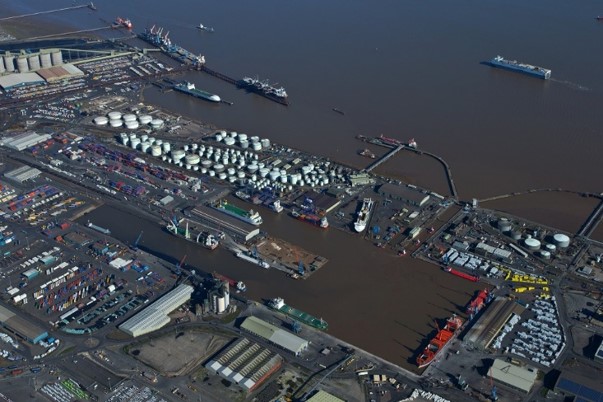 ABP has announced a major expansion plan for two of its key operations in the Port of Immingham.
Last year, ABP announced a £50 million investment for its container terminal offer across the Ports of Hull and Immingham, the first phase of which (amounting to around £14 million) saw the expansion of the Hull Container Terminal and the arrival of two purpose-built gantry cranes to support its operations.

Following continued growth in container volumes across the two ports in 2017, a second phase of the £50 million investment has now begun and will see ABP spending £36 million on the container terminal in Immingham.

In addition to the container investment, ABP’s shipping customers are projecting significant growth in volumes they handle in the coming years. To meet the challenges of these projections, ABP has committed to investing a further £2.8 million in expanding the land and services available to support customer operations within the port.
In 2013, the Port of Immingham handled 68,000 container units, but by 2017 that number has grown to 183,000 units. The growth is, in part, due to the rise in the number of Regional Distribution Centres across the M1 / M62 corridor, which look to the Humber Ports as their gateway to trade.

A shift in trade volumes has also been noticed, with cargoes originally destined for ports such as Dover, moving increasingly north as trade partners look at alternatives to mitigate any difficulties the more traditional routes may experience in future.

The need for investment to keep up with growing demand has been clearly demonstrated. Within months, following the £14 million investment in ABP’s container offer in the Port of Hull last year, new regular container ship sailings with operators Samskip and I Motion between Hull and the ports of Amsterdam and Ghent were announced. ABP expects the latest investment in Immingham could support further growth in volumes of around 50% by 2020.

“Trade through the Humber Ports remains buoyant and we are confident that this trend will continue as we invest in our infrastructure.
“The Humber Ports play a vital role as a gateway for trade across the North of England, the Midlands and beyond, and we are committed to seizing the opportunities that lay ahead of us. The Port of Immingham is already the biggest port in the country by tonnage, but signs are indicating that we have the potential to grow significantly in the coming years.”