The Port of Southampton today welcomed Suella Fernandes, MP, Parliamentary Under-Secretary of State in the Department for Exiting the European Union 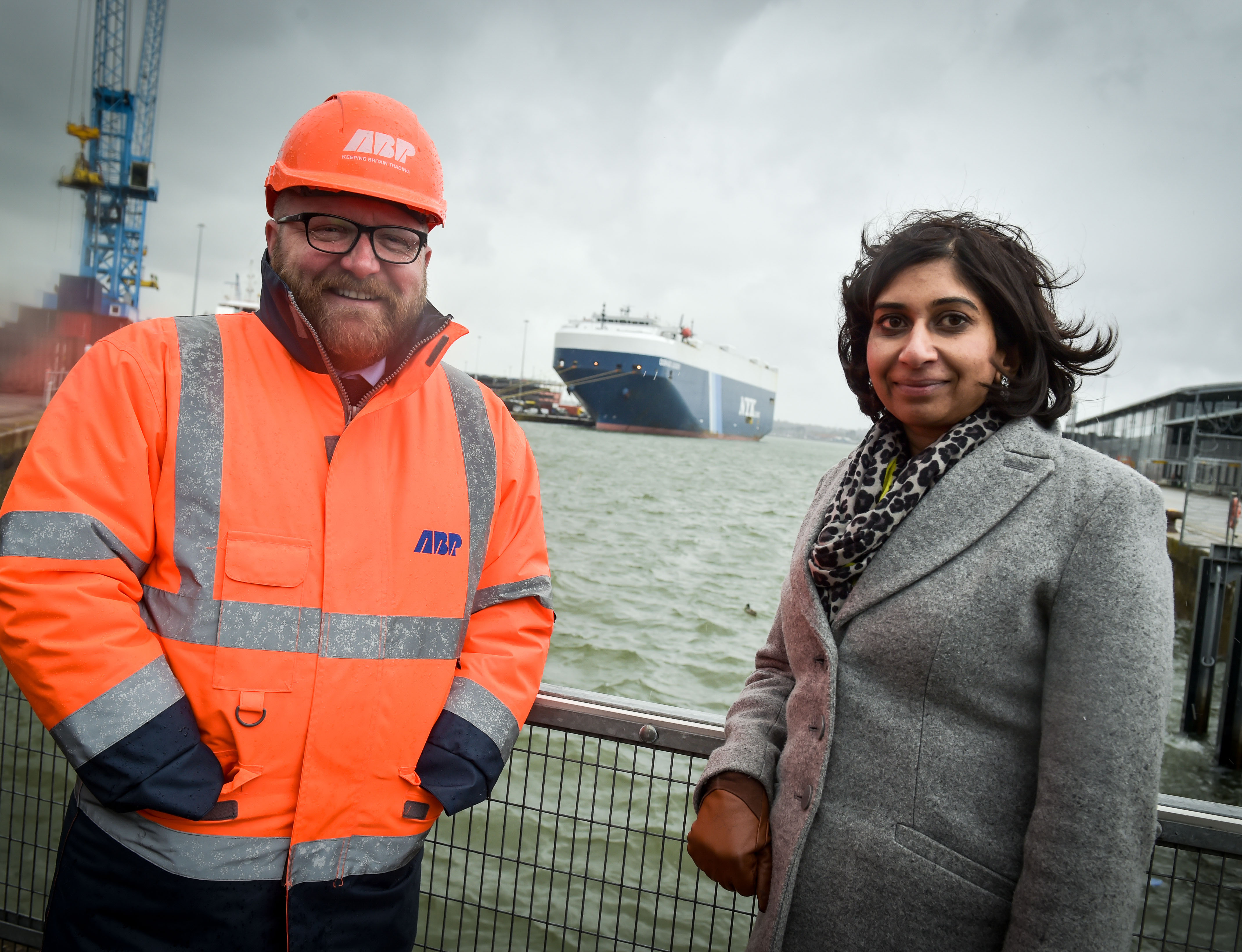 The Minister began her visit with a tour of the container port – the UK’s second largest container terminal which handled one million containers last year, before being given a tour of the wider port by ABP Southampton Regional Director Alastair Welch.
The Port of Southampton is the UK's number one export port, handling £40 billion of exports every year including 90 per cent destined for countries outside the EU. The total trade handled by the Port is worth some £75 billion.
Commenting on her visit to the port, the Minister said: “I was delighted to visit the Port of Southampton today - one of Britain's greatest ports - to hear what people here think of the opportunities and challenges Brexit will bring.
"Leaving the EU gives Britain the chance to agree ambitious new trade deals with other countries around the world, and ports like Southampton will play a key role in securing the future prosperity of our country.
"We have always been at our best when we are outward looking, and our ports and shipping industry epitomise this key strength."
ABP Southampton Director, Alastair Welch, said: “We are delighted to host the Minister and give her a better understanding of what happens here on a day-to-day basis.
“Across automotive, cruise, containers and bulks we are anticipating another record-breaking year.
“We'll be working hard to ensure the Port continues to deliver the best possible service for our customers, maintaining its position as the nation's gateway to the world.
“And in terms of investment, we will be spending an average of £75,000 a day on our infrastructure to meet the continuing needs of our customers."
The Port of Southampton serves as the UK's number one port for automotive exports, providing British manufacturers with essential access to international markets.
The Port's critical role has been cemented by more than £280 million of investment over the past 5 years, including more than £50 million in brand new state-of-the-art vehicle export facilities.
Southampton is also the UK's number one cruise port, with over 500 cruise calls each year bringing 2 million passengers. In addition, the Port hosts some 3 million ferry passengers travelling to and from the Isle of Wight.