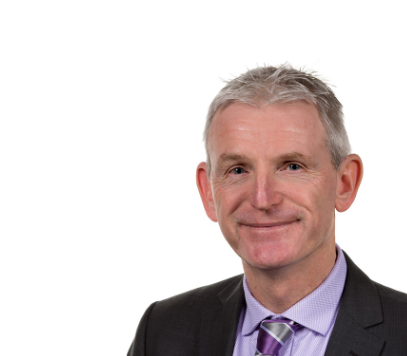 ABP is delighted to announce the appointment of Port Manager, Stuart Cresswell as a new Director of the Scottish Chambers of Commerce (SCC).

Stuart Cresswell is an experienced General Manager with responsibility for Associated British Ports’ operations in Scotland, which include the Ports of Ayr and Troon.

Having completed an MBA at Glasgow Caledonian University, Stuart is a practical senior manager who has both a passion and a track record for getting things done. He is also a co-founder of the Clyde’s well known timberLINK shipping service and a driver behind numerous other significant infrastructural investment projects in the Ports of Ayr and Troon.

Stuart has previously served on a number of other public and charitable boards including the Scottish Shipping Benevolent Association and Ayr Renaissance. Stuart is also a former President of the Ayrshire Chamber of Commerce.

Outside of his working life Stuart is a keen sea angler and sportsman, having captained the Scottish National Angling team for over 10 years, enjoying success with gold medal winning performances at both national and World Championship levels.

"I am delighted to welcome Stuart Cresswell to the Board of SCC. Stuart is a dynamic and talented business figure and will bring exceptional business acumen, strategic vision and leadership to the Board. Our priorities are to increase the number of Scottish companies exporting internationally and to build a workforce fit for the future and I look forward to working with Stuart as we realise these ambitions.”

“I am genuinely excited to be joining the board of the Scottish Chambers of Commerce at such a pivotal moment for all businesses in Scotland.

I look forward to working with everyone in the Chamber team and the wider business community in helping to build a prosperous future for our country.”

During his time working for ABP, Stuart has demonstrated ongoing commitment to upgrading the Ports of Ayr and Troon, which contribute £40 million to the UK economy every year.