A day in the life of Sam Jacques, Marine Pilot Apprentice, Humber.

A day in the life of Sam Jacques, Marine Pilot Apprentice, Humber. 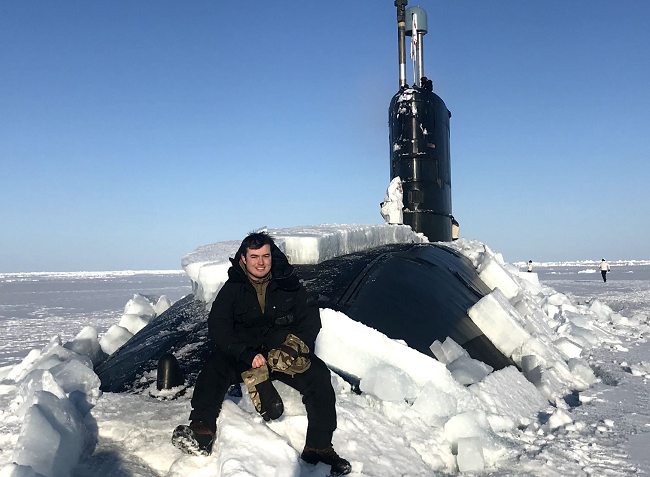 After leaving college in Cirencester, I worked abroad for a year which included being an au-pair in the French Alps and crewing on a sailing yacht in the South Pacific. I then joined the Royal Navy at the age of 19 as a Non-Graduate Entry Officer where I studied at Britannia Royal Naval College, Dartmouth. After 1 year of training and successfully passing out as a Commissioned Officer, I completed my Specialist Fleet Time (equivalent to a Merchant Navy Cadetship) in various warships including a Frigate operating in the North Atlantic and a Minehunter in the Middle East. Upon completion of my cadetship and deck assessments, I chose to specialise as a Warfare Officer (Submariner).

I was fortunate enough to serve in multiple operational SSN or ‘Hunter Killer’ Submarines in various locations around the world. Unfortunately, I can’t go into a huge amount of detail about what we did, but the highlight of my Royal Navy career had to be when I was a member of the team that sailed the nuclear-powered submarine, HMS Trenchant, under the polar ice cap to the North Pole. We surfaced through almost a metre of ice with two US Navy Submarines and had a rather extraordinary day beating the US Navy Submariners at a game of cricket on the ice.

What did you find most appealing about an Apprenticeship at ABP? How did you hear about the opportunities available?

Pilotage was the aspect of my previous role that I enjoyed the most and to have the opportunity to move to a role where it forms your main responsibility was extremely appealing. The majority of ABP Marine Pilot Apprentices train on the River Humber (although they do have opportunities to train for their other 21 ports) and the River Humber is widely considered as one of the most challenging Rivers to Pilot a ship. The district has a huge range of challenges including fast tidal streams, extremely narrow channels, shifting sandbanks and a high traffic density. It was this challenge and variety that I found really appealing about the role.

Well, I didn’t find out about the apprenticeship in the most conventional way. The Royal Navy have a rather long notice period of 12 months and whilst serving my notice I went to the wedding of a friend of mine. It was actually at the wedding where I met a current Humber Pilot who also happened to be a retired Royal Navy Submariner. It was after this that I did some research, contacted the HR department and expressed my interest in the Apprenticeship. A few months later I was invited to an interview and I was fortunate enough to be offered a position soon after.

What does a typical day at work look like for you? Has the current Covid-19 pandemic impacted your activities in any way?

Being a Marine Pilot is a very practical role, so the best way to learn the job is to do it! We do this by ‘tripping’ with qualified Pilots with the aim of completing a training matrix which focuses on different ports and jetties around the district. The more challenging the port or jetty, the more ‘trips’ you are required to complete to that location.

You will be called around 2 hours before you are due to be on board the ship, so you have fairly limited time to get to the office, meet the pilot you are tripping with and plan the pilotage. You will then make your way to the Pilot boat at Grimsby where you will be taken up to 5 nautical miles out into the North Sea to board the ship by Pilot Ladder. At this point you will meet the Ship’s Bridge Team and conduct a Master-Pilot Exchange with the Captain, discussing the plan for the pilotage in its entirety (plus a few extra bits of admin). Then, as the pilot, you are responsible for the conduct of navigation, ultimately taking the vessel safely to its berth, which could be as far as 50 nautical miles inland. Upon arrival at the jetty or dock, at the Master’s discretion, the Pilot will then manoeuvre the ship onto the berth or into a dock. This manoeuvring may involve the use of a tug, likely be in extremely confined waters and in areas of high tidal stream. The sense of achievement upon successful completion of a pilotage act is immense and like nothing I have experienced before.

Yes, unfortunately the pandemic has impacted my training. Due to social distancing, there are only 2 spaces available on a Pilot Boat (vice the usual 8), this means that, of course, qualified pilots take priority and trainees can only ‘trip’ at quieter times, making it more challenging to complete the training matrix. However, these measures are absolutely necessary and hopefully won’t be in place for too much longer.

In the first year of the ABP Marine Pilot Apprenticeship, you are enrolled on a Diploma in Marine Pilotage. This diploma, which is completed through the Maritime Training Academy, consists of 10 Assignments covering all aspects of Marine Pilotage theory, such as pilotage law, use of tugs and the master-pilot relationship. Once these have been completed there is a final exam which covers all 10 topics and I am currently working on revising for this.

It is worthy to note that this also happens to be the only recognised Marine Pilotage Theory/Academic training course available in the UK, it is the equivalent to a foundation degree and is fully funded by ABP. I have found it really useful to learn the theory and then put it in to practice on the river whilst tripping.

My first piece of advice would be to look at the entry requirements for Merchant Navy Cadetships or Royal Navy Officer careers and strive to achieve the entry requirements for these jobs. Whilst being fantastic careers themselves they also provide you with excellent skilled training, fantastic life experiences and open many doors to further careers.

Secondly, you don’t necessarily need to go to university to have a successful career in the maritime sector. Quite often many organisations (and certainly in the case of the Royal Navy) they will fully fund a degree whilst you train.

Finally, have the courage and drive to set yourself the goal, come up with a plan and then strive to achieve it. Leaving my secure career in the Royal Navy was an extremely daunting prospect, but it was definitely a risk worth taking, as training to be a Marine Pilot on the River Humber is one of the most enjoyable and professionally fulfilling careers you could imagine.