Jakob Svane, Secretary General of the Danish Shipbrokers and Port Operators association, discusses the green transition of Danish society and its consequences for the Danish port sector. This article was written during the early stages of the COVID-19 pandemic, when it was still difficult to predict the future economic effects of the crisis. Still, the critical function of ports was as apparent as ever, especially in countries such as the UK and Denmark, which benefit from coastlines and well-developed networks of islands and ports. 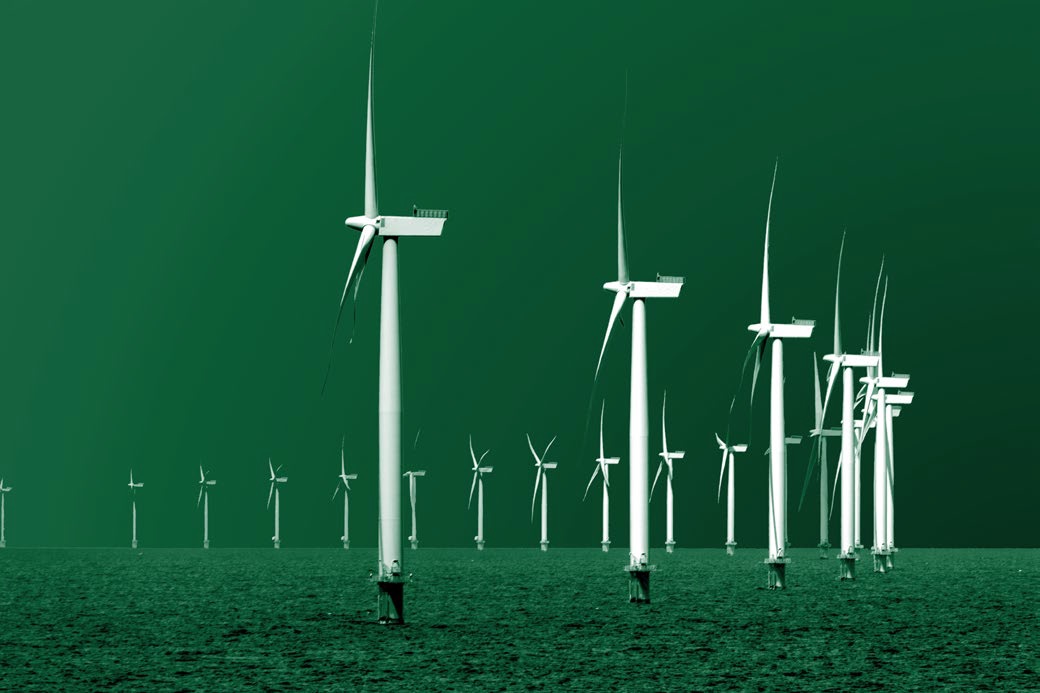 Society in Denmark is undergoing a rapid green transition, which has brought into sharp focus the critical role played by ports in the process. For instance, it has seen a commitment to transition electricity production to achieve almost complete carbon neutrality by 2025. Therefore, the Danish experience could be quite interesting in a UK context.

The shift in energy production away from oil and coal to biomass and wind energy has also meant a shift in the Danish port community – both physically and mentally.

Physically, it has meant that quite a different type of port is needed for energy production based on wind and biomass, rather than oil and coal. For instance, the energy density in oil and coal is a lot higher than in biomass, so a greater port area is needed. In addition, offshore wind projects require an even greater port area for construction, handling, and other operations.

“The trend within the offshore wind industry towards using ever bigger units is also the reason why the largest mobile harbor cranes in the world are found in Danish ports.”

This is why, during the last decade, Danish ports have embarked upon an enormous investment effort, adding around 9 million m2 of new port areas (some areas have been sold to city development, so the net increase is a bit lower), as well as longer quay walls and port deepening to accommodate bigger vessels. The total size of all these new port areas is almost equal to London Gateway and its entire logistics park.

While this extra space is only spread out across ca. 25 small and medium sized ports, it is quite a lot for a country with a population of 6 million people.

A lot of these areas are now used for handling windmills, biomass and other cargoes in relation to the green transition. Other parts are used for decommissioning oil and gas installations in the North Sea. The trend within the offshore wind industry towards using ever bigger units is also the reason why the largest mobile harbor cranes in the world are found in Danish ports.

This has been possible because, in addition to handling and servicing the national offshore wind parks, the green transition in other countries has resulted in a veritable Danish export adventure.

For instance, more than half of all offshore wind capacity in the world has been shipped out of the West Danish Port of Esbjerg. Private port companies have specialised in windmill solutions, with investments from heavy lift machinery to education and safety.

The green transition, therefore, underlines investments – in infrastructure, equipment and skills – as key issues for the port industry. And the train keeps rolling.

On top of the large-scale investments of the last decade, Danish ports have further expansions planned in the coming decade. So we may add what is equivalent to another London Gateway to our port areas by 2030. Less might do it though, and it remains to be seen if the crisis underway will put some of this on hold. But the necessary green transition of Denmark and other countries will not stop because of COVID-19 or a crisis.

This is part of the mental shift. Because of the green transition, the Danish port sector now thinks more and more in sustainability terms – not only regarding its own activities (which is important enough, though I will not elaborate here), but increasingly also as a means to attracting new business and playing an active part in the green transition. 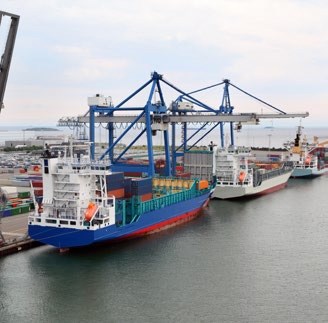 For instance, the Central Danish Port of Aarhus has recently announced that two factories will be constructed within its port area, one for the production of sustainable concrete, the other for the production of sustainable bioplastics. In this way, the port will not only contribute to the green transition of the energy sector, but to society as a whole.

The mindset of how to develop and market ports is clearly shifting – and this different mentality might be just as important as the physical investments.

With Danish society going increasingly in the direction of the circular economy, the Danish port sector is determined to play a key role not only servicing the transition, but actively fostering it.