Carl Stephen Patrick Hunter OBE, a Professor-in-Practice at Durham Business School and the CEO of Coltraco Ultrasonics, a British ultrasonic technology manufacturer, outlines why the UK’s trade future on the international scene looks promising with the help of successful governmental campaigns, such as Exporting is GREAT. 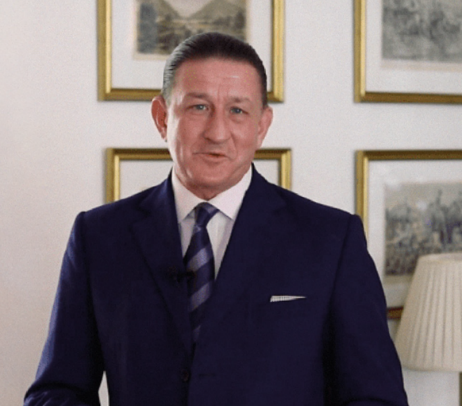 There is far greater prospect that EU Exit provides than we might think. Whilst it has of course created uncertainty and at times confusion, the opportunity to grow our national exports has never been higher. It is a time for greater collaboration between trade associations and governmental departments that endeavour to support and increase UK trade.

For the first time in our 900-year parliamentary history we have an export strategy which establishes that the UK is experiencing the highest exports of any period in our history (last year £647 billion). However, it exposes that only 8.8% of UK companies export at all. There are 5.5 million companies in the UK, suggesting that the entire UK export success is managed by less than

500,000 companies. It identifies 400,000 companies which believe they have something to export but do not do so, somewhat indicating we could double our exports if they did.

Greater exporting holds the prospect of generating “new money” for the UK. Evidence suggests that those UK companies which export – are 20% more efficient than those which do not. Exposure to a greater array of competitive forces makes this so and this is something we must begin to champion. The Government’s 'Exporting is GREAT' campaign is the single most successful cross-departmental marketing campaign in British Government history. It is why our peer competitor nations are seeking to replicate it!

Whether you are a new, intermediate or advanced exporter, one way to grow your exports is to register your company and your capabilities on the GREAT website. Another is to acquaint yourself with UK Export Finance, the world’s oldest national credit agency, it’s mission being to finance any trade that is exportable, with up to 80% of the value guaranteed by UK sovereign guarantee. Today it is even available in foreign currency.

There is more to excite than to concern us with EU Exit. For those EU Free Trade Agreements with non-EU countries, 63% of them have already secured “roll-over” status by DIT’s Trade Policy Directorate.

Churchill said that the UK’s place in the world was determined by our relationships with the USA, the Commonwealth and Europe. The PM’s Philadelphia Speech in 2017 added a fourth region– the Rest of the World. We must look beyond the EU, and balance its importance in relative terms to how we trade elsewhere. The USA is by far our single largest national trade and investment partner, accounting for 17% of UK trade overseas, and the reason why a free trade deal with the USA is a government priority. The 53 nations in the Commonwealth comprise nearly a third of the global population, and we must harness the growth of the rest of the world, from Brazil to Indonesia, which are fast-becoming the future G8 of the current G20. According to the IMF, 90% of world economic growth will occur outside the EU. So even had we remained in the EU it would be a timely moment to look outside it for exporting opportunities.

Yet, none of this is to diminish the importance of exporting to the EU. But can any existing exporter suggest that the reason for their EU exporting success is not because of anything other than being “cheaper, better, faster” than their competitors? This is the old American salesman’s mantra. It should become ours too.

We are at a time of history like no other. Our world is certainly complex but we are much more than a departing EU member. We are the world’s fifth largest economy; the world’s second most capable military; one of only five declared nuclear powers with a submarine-based deterrent; one of only five permanent members of the UN Security Council. From having the second largest concentration of diplomatic presence globally through to the use of English Common Law; from the USA through to the Commonwealth, at the centre of global time itself with GMT, we have so much to look forward to.

The UK is one of the world leaders in education and has made it a national policy objective to eradicate modern slavery at sea. If you compare the 18th century shipping routes to the undersea network of submarine cables that carry our internet network today there is a remarkable correlation and the reason why the UK has the second largest concentration of data centres outside the USA. Comprising 1% of the world’s population, the UK is a remarkable country generating nearly 15% of global research and manufacturing 17% of every aircraft flying over London too.

These are just some of the reasons why countries across the world are seeking to learn from systems that work successfully in the UK and provide the strategic backdrop within which UK companies can export with success. Whether this is your beginning or your moment to expand, I wish you all success as you begin your new export journey.

More about the author

Carl Stephen Patrick Hunter OBE is a Professor-in-Practice at Durham Business School and the CEO of Coltraco Ultrasonics, a high-exporting manufacturer exporting 89% of its output to 110 countries – 40% to Asia, 15% EU, 10% Middle East, 17% to the USA and the balance to Africa and S America. Carl is a DIT Export Champion, a Decision-Making Panel Member of the Bank of England and a Commonwealth Business Mentor. Formerly a Greenjacket Officer in the British Army, Carl has travelled to over 30 countries annually for 25 years developing his company’s export position.