Making the case for a hydrogen-fuelled future for ports

In a world in which fossil fuel energy is becoming more scarce and expensive, countries are struggling to meet their carbon reduction and air quality obligations.

This highlights the increasing importance of making the most of renewable energy sources to decarbonise our transport networks. One such source, championed by British company, ITM Power, based in Sheffield, is hydrogen – a solution that has finally reached the top of energy  agendas. Air quality regulations are stimulating the need for clean fuels and reduced transport emissions. Energy storage provision has started to become a mandatory requirement in areas of the world such as California where it is recognised as an essential first step for efficient renewable energy deployment. 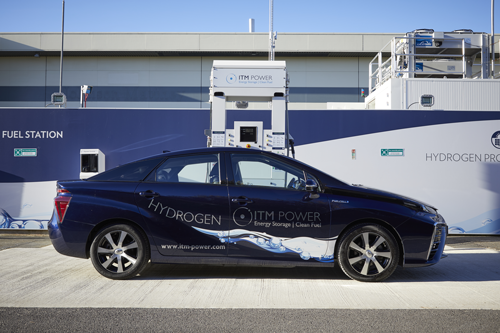 Alongside this regulatory ‘push’, auto OEMs are rolling out Fuel Cell Electric Vehicles (FCEVs) that require high-purity hydrogen fuel. Hyundai and Toyota have commercial vehicles in production, with Honda being the latest to launch an FCEV. More are expected from the likes of BMW and Mercedes. Global hydrogen refuelling station infrastructure programmes are underway, with significant deployment plans in place.

An electrolyser (the opposite of a fuel cell) uses water and electricity to make hydrogen. If the electricity source is renewable, the hydrogen produced is 100% ‘green’ and can be used as a clean fuel for transport – including ships in the future – and for generating clean power. Because hydrogen can be stored for long periods, or injected directly into the gas grid, the ability to use renewable power when other sources are unavailable (wind, solar) is significantly enhanced. Unlike batteries, which can only store power in limited quantities for hours, hydrogen can store power for days or weeks.

If the electricity source is renewable, the hydrogen produced is 100% ‘green’ and can be used as a clean fuel for transport – including ships in the future – and for generating clean power. Dr Graham Cooley ITM Power CEO

For the ports industry, using hydrogen could mean a materially reduced carbon footprint and cleaner air. In a world in which all ports have their own sources of wind or solar power, these sources, for the whole time they are available, could be coupled directly to an electrolyser to produce hydrogen that is then either stored or injected into our gas grid (by far the largest energy storage mechanism in any developed country). This is known
in the energy industry as 'power-to-gas'. If used on-site at ports, hydrogen could power shore-side FCEVs such as loaders, fork lifts and buses, as well as potentially being used to power fuel cells to provide completely clean shore-to-ship energy when vessels are in dock. 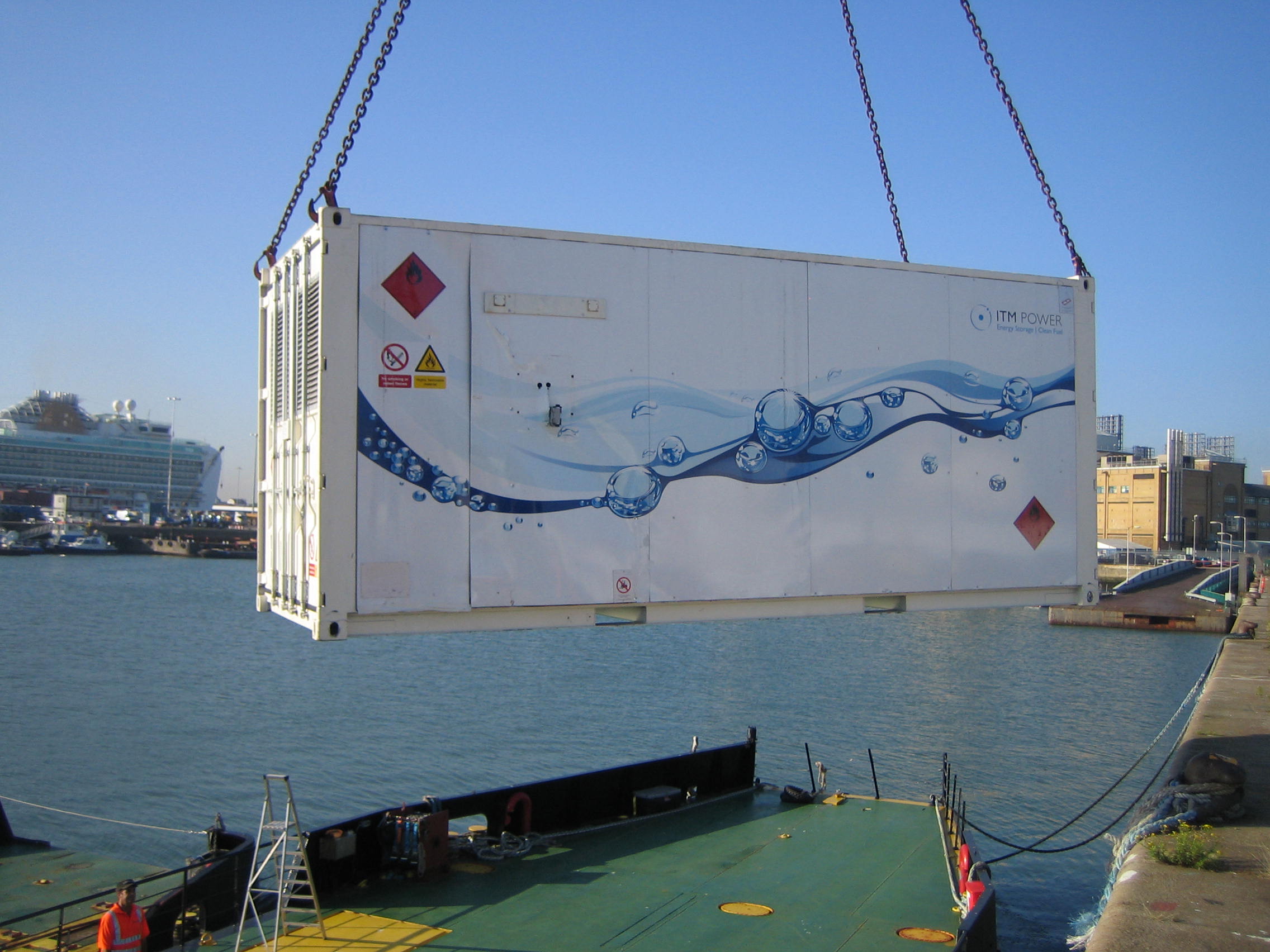 Businesses new to the idea of hydrogen power may wonder if this is just pie in the sky, but we can prove otherwise. ITM Power currently has seven hydrogen refuelling stations open to the public in the UK and is partnering with Shell to build more. Around the world, Japan has adopted FCEVs enthusiastically with more
passenger cars, at lower cost, in the pipeline. Attention is now being focused on road transportation that is too heavy to economically run on batteries: buses and trucks. And there are already hydrogen trains, predictably in Germany.

Also in Germany, Shell is developing the world’s largest rapid response electrolyser to generate clean hydrogen at Europe’s biggest refinery. There have been two pilot power-to-gas plants operating in Germany for two of the country’s largest utilities operators. In the UK, studies are underway for power-to-gas installations with partners including INEOS, Engie and Northern Gas Networks.

In maritime, ITM Power is a partner in the BIG HIT project in the Orkney Islands. BIG HIT (Building Innovative Green Hydrogen Systems in an Isolated Territory) features an electrolyser, using energy from renewables, including tidal power, producing hydrogen that is then used to fuel cleaner vehicles.

We are working to increase the adoption of hydrogen as a key element in the future of power and there are many areas within the maritime industry which will benefit from cleaner energy. But this is not tomorrow’s world we are talking about – the capability is here today.