UK ports: delivering a global future Ports play a vital role in our national identity as a great maritime nation and, in the months ahead, they will be even more important in reaffirming that status.

Around 95% of all our trade in goods travels by sea, including half of the food that we consume and a quarter of our energy. 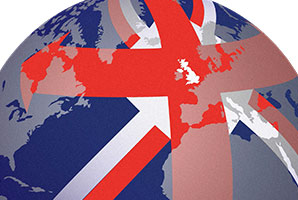 The campaign group is led by port companies, maritime trade associations and logistics and engineering businesses.

It demonstrates how the UK's ports can help Britain seize on new opportunities as we set up our independent trade policy for the first time in more than 40 years. This will be particularly true of maritime communities across the country, from the Clyde to the Severn, and from the Humber to the Foyle, who can expect to be some of those to gain most from international trade.

Around 95% of all our trade in goods travels by sea, including half of the food that we consume and a quarter of our energy.

Last year, I visited Tilbury Port in Essex and saw first-hand the indisputable impact that the port has on the local area. Tilbury’s £1bn investment programme is set to increase the port’s employment threefold.

As a result, by the end of the programme, one in five of those employed in the local area of Thurrock will work in the port.

The ports industry directly supports more than 100,000 livelihoods, but this number increases significantly when supply chains are considered. The Port of Southampton, for example, supports over 46,000 jobs across Britain, well beyond its own geographical neighbourhood.

As trade flows increase, high-quality jobs will be created, and the benefits will be felt throughout the wider UK economy. So whilst the communities where goods are loaded and unloaded are set to benefit directly from increased maritime trade, businesses and communities across the whole of the country will also get a significant boost, including those that are nowhere near the coastline. 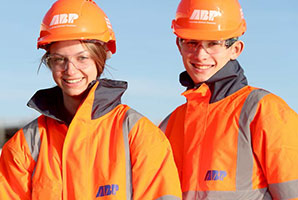 The political think tank Open Europe has predicted that £41bn worth of trade with potential trade partners will come from outside of Europe by 2030 – and it truly is all to play for. Our coastal powerhouses sit in a unique position to tap into global trade growth, as well as becoming centres of maritime innovation and manufacturing.

At Tilbury Port, I saw Land Rovers and Jaguars ready to be shipped to West Africa and South America. Our ports are vital in realising the wide benefits of trade, providing an effective way of growing economies and building our trading partners of the future. There are mutual benefits, which is why the UK Government continues to work in developing countries to support critical trade skills and trade infrastructure like ports and roads.

It will be your dedication and hard work which will be at the heart of our mission to deliver prosperity and jobs for the whole country.

Many of the new campaign group’s key members, such as Associated British Ports (ABP), are already doing a fantastic job in making the case for free and fair trade. So I am calling on all of you, the backbone of our country’s trade with the world, to join ABP in banging the drum for free trade.

The UK Ports for International Trade campaign provides a platform for all those involved in the maritime industry to champion free trade and it will be crucial in meeting our high ambitions as an outwardlooking, free-trading nation. The support of the industry in making this case clear to the public is essential.

Make the case for international trade in real terms – how it benefits your businesses, communities and makes a real difference to people’s lives. 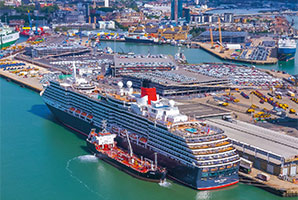 New deals freeing up trade will make it easier for companies like Liverpoolbased Clarke Energy, who produce power generators, to ship their products worldwide.

Their generators are used across a variety of sectors, including powering the world’s third largest mosque and keeping hospitals and universities around the world running. Exports already account for approximately two thirds of its £340m turnover, and a number of the Trans Pacific Partnership countries prioritised for a deal with the UK, such as Australia, New Zealand and Singapore, are key markets for the company.

The company has won a Queen's Award for International Trade and their products pass through the Port of Liverpool on the way to customers around the world.

Reductions in tariffs that will come with new agreements could mean lower production costs, better access to markets abroad and increased exports, which in turn could mean more jobs back home.

So spread the word of how your sector is bringing growth and jobs to every community across the UK – and providing the products, services and consumer choices that make us a prosperous nation.

It will be your dedication and hard work which will be at the heart of our mission to deliver prosperity and jobs for the whole country.

Everyone who stands to benefit from the vast opportunities that international trade represents and the prosperity it brings should speak up through the UK Ports for International Trade campaign. If you are not already a member, I urge you to join.