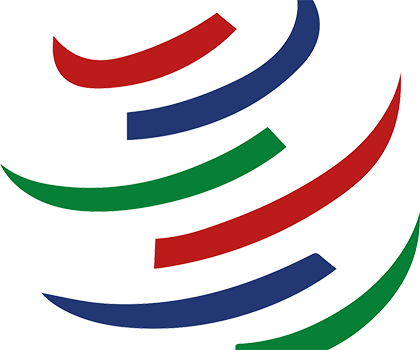 Keith Rockwell is in buoyant mood despite the World Trade Organisation (WTO) being busier than at any other time in its history. Trade restrictive measures have gone up seven times more in recent times impacting some $588 billion of trade worldwide, leading to uncertainty and the potential for economic jeopardy.

And then there is Brexit.

As Director of Information and External Relations, the WTO spokesman has been dealing with a larger number of questions than normal coming from the UK as journalists seek help to understand the full implications for our future prosperity.

He conceded: “We are earning our money here at the WTO – we are keeping our finger on the pulse.

“The current situation is without precedent. There has never been a case of a member government in the WTO not having its own schedule of commitments.

“These schedules are like lists of obligations to your trading partners. That means you are clear what your tariffs are and there is a services schedule that defines how foreign service providers can operate in your market.

“These are elements of importance for any shipping companies or ports and every country has its own specific commitments.

“In the case of the UK negotiations, they have gone as well as can be expected and with quite a lot of success,” he said.

The WTO is the only global international organization dealing with the rules of trade between nations. At its heart are the WTO agreements, negotiated and signed by the bulk of the world’s trading nations and ratified in their parliaments. The goal is to ensure that trade flows as smoothly, predictably and freely as possible. Globally it has 164 member governments and it is a place where they discuss trade and hold themselves to account.

It operates a global system of trade rules and acts as a forum for negotiating trade agreements. It settles trade disputes between its members and it supports the needs of developing countries. The WTO undertakes research and analysis of trade and provides technical assistance to better understand the complex web of trading rules. The United Kingdom was a founding member of the General Agreement on Tariffs and Trade (GATT) in 1947 when they looked at how to map out a multilateral trading system. The Agreement contained tariff concessions agreed to during the first multilateral trade negotiations and a set of rules designed to prevent these concessions from being frustrated by restrictive trade measures.

Uncertainty over the outcome of Brexit negotiations remains the main issue for the UK currently, agreed Mr Rockwell

“The last time I was in Blighty in March companies were stockpiling parts in readiness. The problem is we just don’t know what is going to happen.

"When it comes to places like ports, should they incur additional costs and invest in infrastructure?

"I know that many port operators and shippers worry about there possibility of border delays. We don't have research on this but Government-commissioned research for the Port of Dover carried out by University College London concluded a 70-second questioning and inspection of lorries entering Britain would lead to six-day-long queues.

non-tariff barriers) and they predict a 37% decline in trade volume.

“The big problem here is, we just don’t know what will happen from November 1st,” he said.

Talk of Article 24 being a potential saviour for the UK is questioned by Mr Rockwell. “It does say you could have an interim agreement which would be applied while you negotiate a final agreement but here’s the rub: the UK can’t have a unilateral agreement with Itself.

“The key question is what do the EU say about this? The rules do allow for this if it is done in the right way. But WTO Members would have the right to scrutinize any deal that might be struck.”

With so many questions yet to be answered, Mr Rockwell is clear on one point – the importance of the World Trade Organisation to global stability.

“At least we have the element of certainty thanks to the WTO – without it we would be in freefall.

“This is what the system was created for, to provide a framework, and the UK’s voice has been and will continue to be extremely important,” he said.