Flanders, your port of call on the European mainland

The sea separates the UK and Flanders, but at the same time connects them. Both the British and the Flemish people have their eyes focused on the sea and on the world. As a result, we constantly look each other in the eye: two trading nations who have had close ties for centuries. Today, the United Kingdom is one of Flanders’ main trade partners. Whatever happens in the future and whichever path our countries take, Flanders will always be strongly involved in the British market and vice versa.

Several figures testify to the close relationship between the UK and Flanders. In 2016, no less than 9.15% of Flanders’ global exports were destined for the UK. This accounted for €27.66 billion in exports, next to €13.61 billion in British imports. The UK is Flanders’ 4th export market and 5th import market.

Whatever happens in the future and whichever path our countries take, Flanders will always be strongly involved in the British market and vice versa.

Just like Great Britain, Flanders has been a region of trade since time immemorial. Within the European Union Flanders is the 6th largest exporter, just after the United Kingdom. Flanders generates no less than 84% of Belgium’s exports. In 2016, Flanders’ exports amounted to €302 billion. The Flemish people are enterprising, flexible and ambitious and Flanders can of course boast strong ports.

The Flemish ports are natural partners of the British ports. Just think, for instance, if the Flemish Port of Antwerp which has maintained strong ties with the ABP for a long time now. In 2016, the Port of Antwerp handled 14.9 million tonnes of goods which were destined for or originated from the UK. The ABP ports together account for 15% (or 2.3 million tonnes) of total traffic. The most important British port for Antwerp is the Port of Immingham, with an annual transshipment of around 2 million tonnes. Immingham mainly handles the export of liquid cargo to Antwerp and the rest of the European continent. Today, the Port of Southampton is Antwerp’s fastest growing partner in the UK for the transshipment of container cargo. 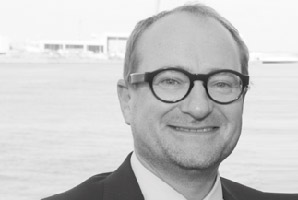 Flanders is, of course, home to other ports that maintain close ties with the United Kingdom. The UK is the principal trade partner of the Port of Zeebrugge: In 2016, 45% of the total tonnage traded in Zeebrugge originated from or was destined for the UK. Associated British Ports has a substantial portion in this, with an annual traffic of 5.5 million tonnes. Two completely renewed RoPax vessels (constructed for the shipment of both passengers and cargo) provide a daily connection between Flanders and Kingston-upon-Hull. Last year, 311,231 passengers availed themselves of this very smooth connection.

I am not a pessimist. Major traffic will continue to exist between the UK and Flanders, and the ABP ports will keep playing a significant role in this.

These figures give grounds for optimism and are a welcome riposte to pessimism about Brexit. According to the most sombre predictions, Brexit can, in time, cause total EU exports to the British market to fall by 5%. Although Flanders is most definitely aware of the various challenges Brexit poses, it is also looking for new opportunities and new traffic flows. I refer in this context to the ferrying of unaccompanied freight, without the presence of a driver, as an alternative to transport with drivers who will be losing much valuable time at Calais in the future.

Flanders hopes that the new relationship with the UK will remain unaffected by painful trade barriers. This is of crucial importance to Flanders’ ports, in particular the Port of Zeebrugge, and to the automotive sector. 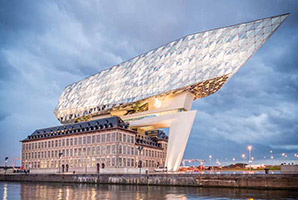 I am not a pessimist. Major traffic will continue to exist between the UK and Flanders, and the ABP’s ports will keep playing a significant role in this. Flanders – situated at the heart of Europe – is still the ideal gateway to the continent for the UK. The Flemish ports are state-of-the-art and extremely well equipped and boast extensive and excellent connections with a vast and prosperous hinterland. Flanders will also keep investing in maritime infrastructure and services. The Government of Flanders alone annually invests up to €400 million in the Flemish seaports and their maritime access. In late 2017, we will start building a new lock at Terneuzen together with our Dutch colleagues. This will give the Port of Ghent a huge boost.

The global supply chains will be further optimised and become even more sustainable. Typical short sea ports in the UK will gain greater prominence in the trade with the European mainland. As a result, the ABP ports, with their large number of short sea destinations, will have a growing share in the further development of the maritime trade between the UK and the Flemish ports. However, whatever the future may bring, one thing will never change: the warm and close bond between Great Britain and Flanders as trade partners and friends.